About Laziness (And Why It Doesn't Exist)

It’s a difficult thing, this doing nothing.

As a student, I was considered smart but lazy by my teachers. It is astonishing that this simple assessment caused a lot of perplexity and frustration for everyone involved, but did not raise any further questions. Despite the fact that my "laziness" was so far-reaching that it almost led to me having to remain in school no less than four times and being expelled from school without a degree, had my teachers not given me a transfer or two in crisis conferences. In reality, however, I was not the least bit lazy. I have ADHD and dyscalculia - and no one noticed. I simply could not do what the school system, in its strictly prescribed and inflexible form, demanded of me.

Since my socialization was not only as an undiagnosed ADHDer, but also in a capitalist system that measures a person's worth by their productivity and the stringency of their performance, this naturally had an enormous impact on my self-esteem and self-image. It was only very late that I learned how much our notion of "laziness" and achievement is, once again, highly political and closely linked to classism, rejectionism, racism, and other categories of discrimination. And it is closely tied to moral judgment. Laziness, in this narrative, is not simply a deficit, but something that people might choose to do or not do - which justifies our disparaging people who are deemed "lazy."

For example, if I resolved, "Tomorrow I'm going to the gym!" and the next day passed without me following through on my resolution, there was no alternative interpretive option for me and the verdict was clear: "I'm lazy and undisciplined," self-flagellation included.

A first gamechanger came only with my encounter with Nonviolent Communication, which taught me that everything we do or don't do is based on a need. When I resolve to go to the gym, I am fulfilling needs for, say, health self-care, for balance in the form of physical activity in the daily grind of a desk job, perhaps also for planning security by thinking about how I want to spend the next day. And if I then stay on the couch, it's no different: I then fulfill needs e.g. for recreation (because I'm actually too exhausted for sports), maybe for community (because I prefer to spend time with my family), for entertainment (because I don't enjoy this kind of sport as much as watching a good movie), maybe even for autonomy (because I don't actually feel like going to the gym, but only do it because of beliefs in the context of beauty ideals). However, our capitalist understanding of values has not allowed access to such alternative interpretations for most of my life. For capitalism profits from the construction of "laziness" and its moral devaluation.

But what does "laziness" actually mean? Basically, we are not "lazy" when we do what needs to be done. And what that is, what we have to do, depends on our social positioning. That's why rich people (e.g. heirs) are not considered "lazy" if they don't work for a living, or men in heterosexual relationships who contribute little or nothing to care work and household chores.

The other day I found a Twitter thread fascinating, which I also linked to in my last column. In it, Paul Fairie shows that the "nobody wants to work these days" narrative is truly not a new phenomenon, and lists article excerpts making this claim from the last few decades all the way back to the end of the 19th century. Obviously, politics and business have been very dissatisfied with the work ethic of the population for a very long time - and explain it to themselves with: "laziness" due to a decline in values. This is convenient, because if the problem is people's work ethic, there is no need to deal with the fact that working conditions in certain professions are so undignified and alienating that people only submit to them when they are driven by sheer need to survive. This goes so far that, for example, a conservative broadcaster such as Fox News blatantly suggests hunger as a motivation for wage labor, or, by name, social democratic politicians such as Gerhard Schröder and Franz Müntefering say things like "There is no right to laziness" or "Only those who work should also eat", and is embodied in political decisions such as the extremely low Hartz4 rates and sanctions for refusing "reasonable" jobs, which also find much approval among the population. Behind this is an image of humanity that assumes "laziness" as a natural default characteristic that must be fought and suppressed - if necessary with coercion.

And so glorification and moral self-appreciation through hard work not only extend across all social strata. Rather, the striving and the judgment not to fall into the trap of "lying on one's lazy skin" extends to all possible areas of our lives. How much of our time are we actually allowed to take away from our productivity? And it's a tragic implication that it's precisely our exhaustion from working so much that can make things that actually bring us joy feel like something we have to do, like socializing, hobbies, outings, or self-care, because we don't have the energy for it and our system actually just craves rest and de-stressing.

But many people - including me - have a hard time getting there, even if they're not doodling all the time. My system simply takes the breaks it needs by unceremoniously going into boycott. This then shows itself, for example, through procrastination. I then don't do what I should actually do, but surf the Internet dully, for example. But of course that doesn't feel the least bit relaxing, because during that time I'm under a lot of stress because I've been socialized to think that I don't deserve a break until I've achieved my workload. This dynamic of being too exhausted by wage work and care work for the good things in life, of hardly allowing oneself a break or of being stressed during it, leads to the fact that it is increasingly difficult for many people to then provide for relaxation at all. How does that work again...? And are we even allowed to do that? How do we know we've gotten enough done? How can we be sure that we are really resting and not being "lazy"...?

Even more helpless to the concept of laziness are certain groups of people: People with depression, who already find it harder to get out of bed than mentally healthy people. Or neurodivergent people with ADHD and Executive Function Disorder. Or people with anxiety disorders. And by the way, this also applies to fat people. Since we understand laziness as something one could decide for or against, and since it is an essential part of discrimination, on the one hand, not to be interested in the actual reality of life of those affected, and on the other hand, to deny that the discriminatory narratives are about untrue prejudices, fat_fat people are generally assumed to be fat_fat by choice. Beauty ideals for men do exist, but are still considered rather optional - but this is not true for women. And that means that fat_fat hostility means, on balance, firstly to sanction fat_fat women for being too lazy and undisciplined (because they could just eat less and exercise more, right...?) and secondly to refuse to fulfill their aesthetic obligations in this monstrous way. Reason enough to deny them competence and capacity for professionalism and to pass them over in job interviews and promotions, right...?

And then there are also societies and ethnic groups in which the value system does not center on the economy at all, but on social togetherness or spirituality, for example, so that work there has a fundamentally different, subordinate and rather functional rather than moral significance - and for this is devalued by "Western" societies in a mixture of capitalism and White Supremacy in their entire social structure.

Author Margarete Stokowski has been tweeting about her life with Long Covid for some time. And not only gets comments like this one for it:

"A kick in the butt is supposed to be good therapy for LongLaziness."

But also has to regularly hear that her illness is a chance to finally cut back, after all. What a time to be alive! We need a chronic illness to find recovery. We need people like Tricia Hershey, who founded Nap Ministry to make clear to us - in an activist way, as it were - the political and spiritual importance of rest and recuperation.

The Buddhist monk and author Thích Nhất Hạnh once described that in his Sanga (=spiritual community) there is one day off per week. However, one could not do what one wanted on this day off, but it really had to be a day off in the sense of "doing nothing", it was not a day that one could use to finally put up the old shelf or sort out the paperwork. I've been creeping around the idea of taking time off like that for a long time. I find it both scary and liberating in equal measure. To just...do nothing! Without being "lazy" at all!

Devon Price: Laziness does not exist. 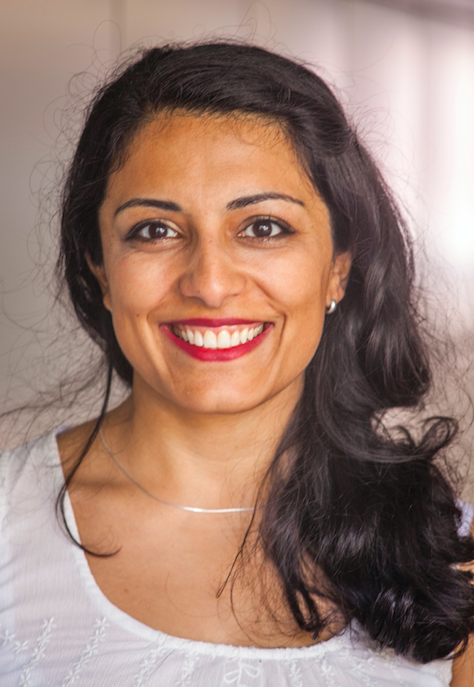