How Place Turns Refugees into Innovators

Migration is not a problem but a chance for our societies to reach their full potential. This is the theory of change of the non-profit organization Place, based in Paris. Karam Mohammed is living proof.

When Karam Mohammed arrived in Paris in January 2016, he did not know anybody. The Sudanese-born Karam wanted to join his father in London, but his application for a visa was denied several times by the British authorities. Therefore, the 23-year-old went to France, hoping to get to the British capital from there. 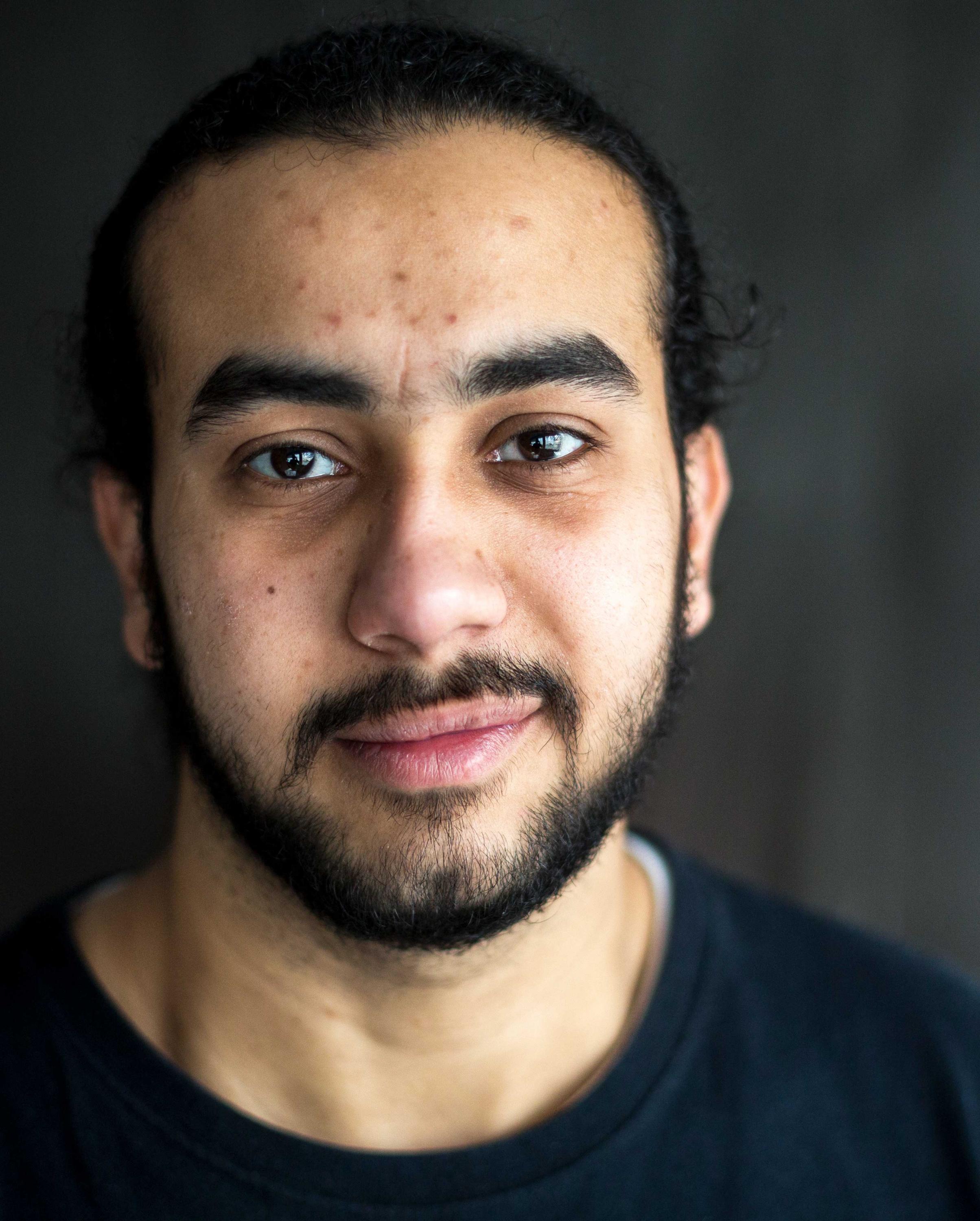 "I had no idea what to expect. I just wanted to be part of something and be dynamic." -Karam Mohammed

He slept in a hotel for two nights, which was all he could afford. Then he heard about an office that provides accommodation to migrants. When he went there, the queue was so long that it curved around several blocks.

For four days, Karam waited in line until he was finally able to talk with somebody. Then he was assigned a place in an emergency shelter.

Karam had fled Sudan because he saw no future for himself in a country that has been torn by a civil war for years. “I had some political problems because of my job, like a lot of people in Sudan,” says Karam, who worked as a software engineer with a telecommunication company.

He soon figured out that while it was only two hours by train from Paris to London, it was worlds apart for somebody without a visa. “I found out that it’s complicated and dangerous to get to London.”

When he realized that he would have to stay in France for longer, he decided to make the best of it. “I tried to integrate, so I looked for different opportunities.”

On Facebook, he read about Place, an organization that wants to show migrant-led innovation in practice: “It sounded interesting: ‘Do you want to create something? Do you want to be part of something fun und useful?’” 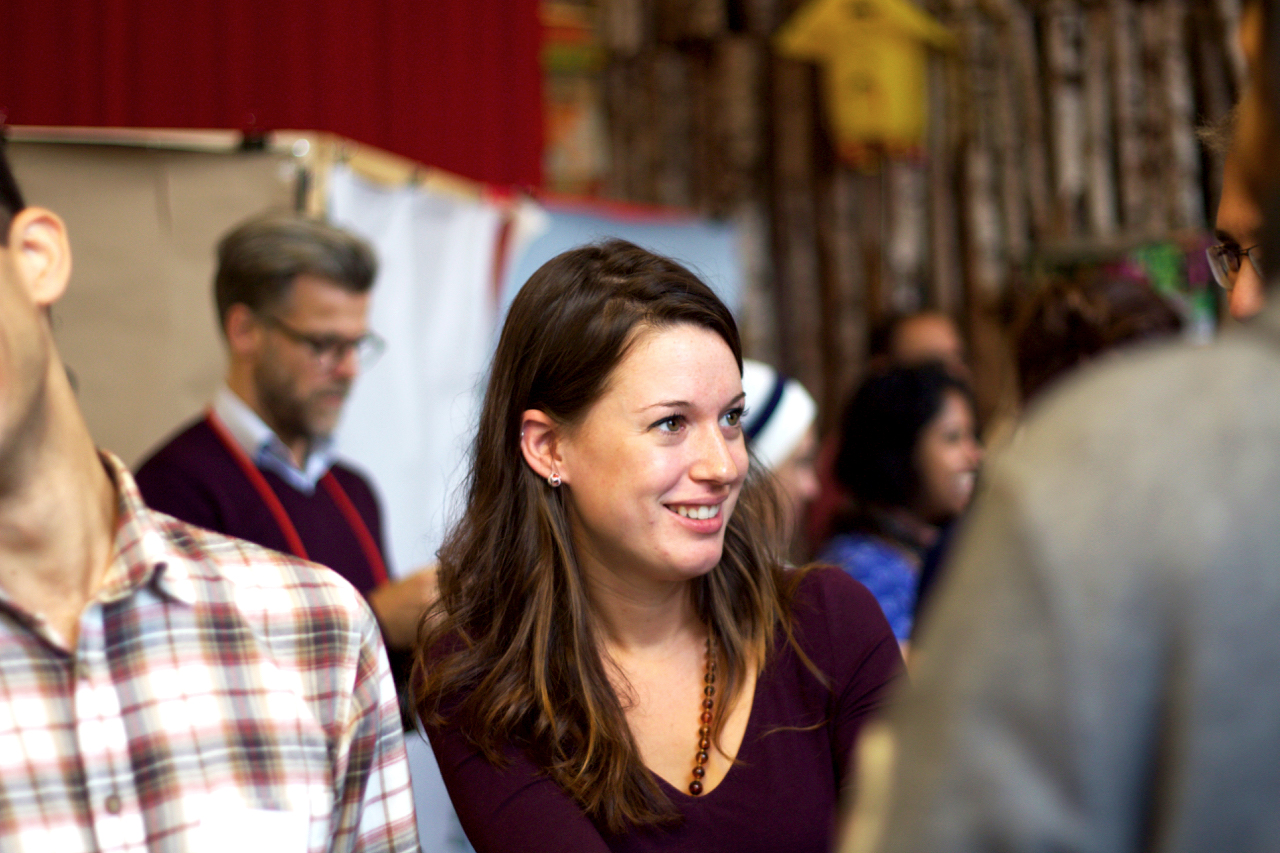 Place was founded by Charlotte Hochman. For ten years, the Franco-British Hochman has been working to build capacity for social innovation in civil society, the private and the public sectors.

Through her agency Wow!Labs, she organizes projects in the United States, France, and all over the world.

At the heart of her work are innovation labs, workshops where people have a chance to create products and services in response to their needs. “We create the conditions for people to become innovators, to become agents of their own lives and become valuable for the society they live in,” explains Charlotte. 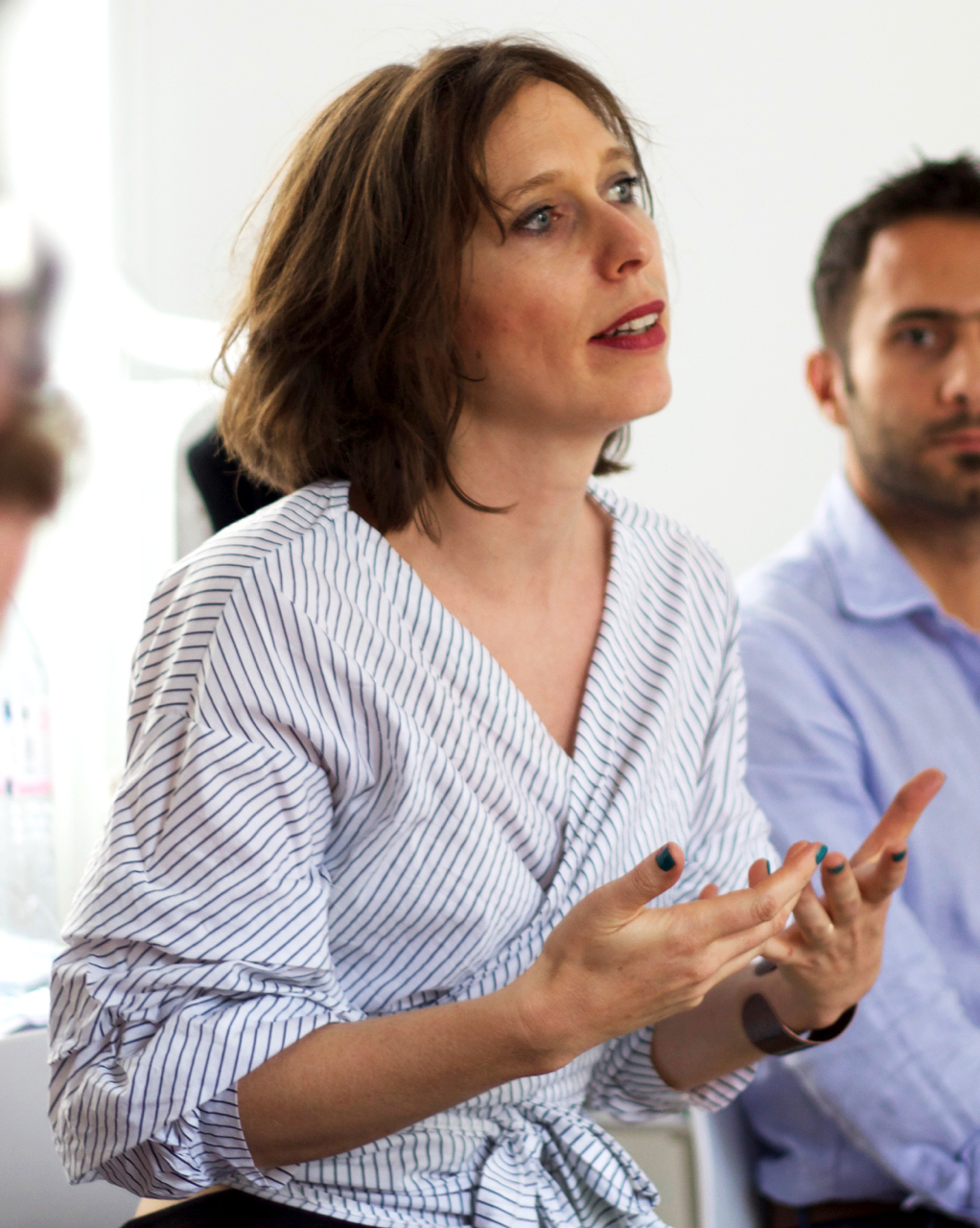 "It was clearly a case of need on our home turf." - Charlotte Hochman

She launched Place in 2016, the same year Karam arrived in Paris. At the time, Charlotte had just returned from a longer stay in Malaysia, where she had created several of her innovation labs.

“When I came back to Paris, there was a new reality with all the refugees,” she says. Charlotte saw an opportunity to organize innovation labs for refugees and at the same time do something to help her home town: “It was clearly a case of need on our home turf.”

The idea behind Place is simple: “It’s about migrant-led innovation.” For Charlotte, migration is not a problem but “a chance for our societies to reach their full potential.” 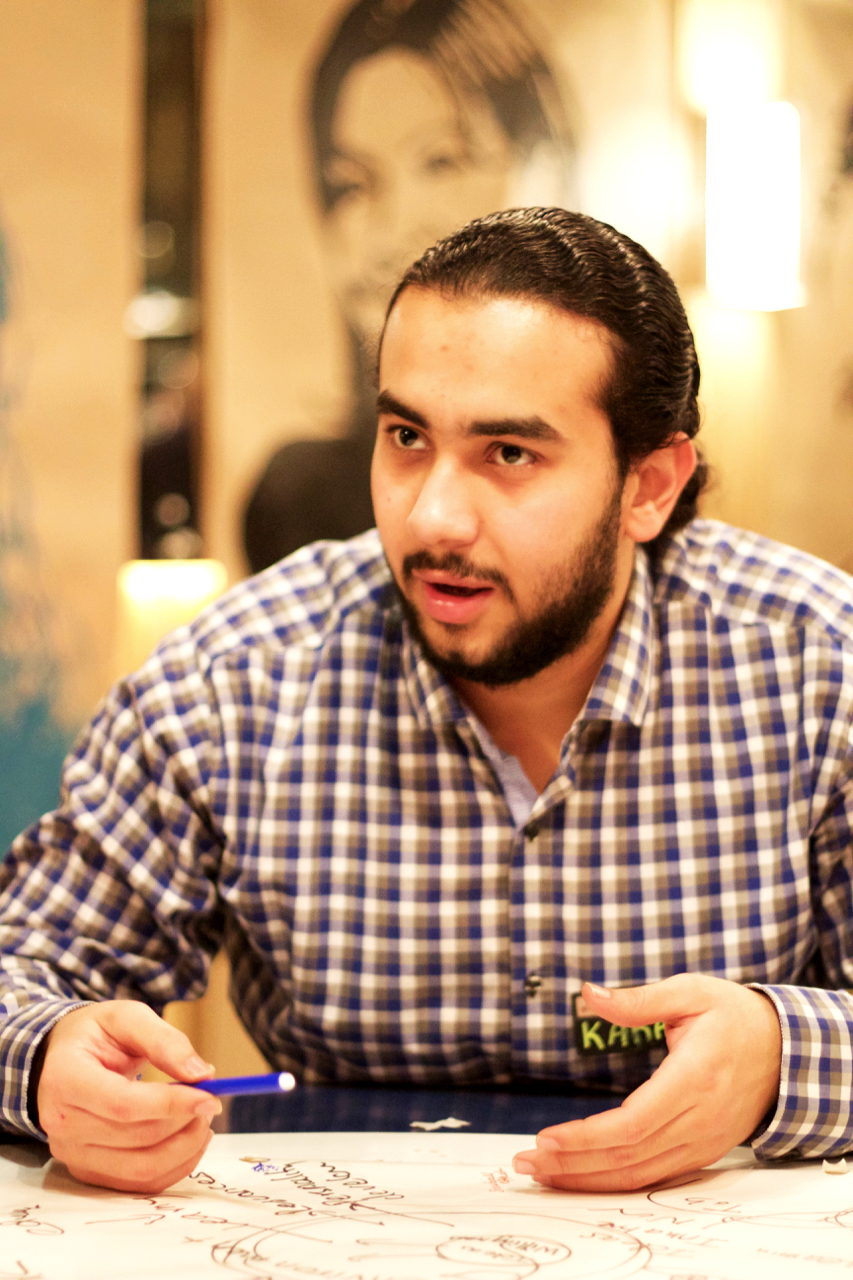 When he heard about the project, Karam immediately applied – and was accepted as one of Place’s first 40 participants: “I had no idea what to expect. I just wanted to be part of something and be dynamic.”

The goal of the Innovation Labs is for everybody to develop a project – alone or together with other participants.

“First, the labs are about finding a problem that you want to solve and understanding that problem really in depth,” says Sarah McCrae, entrepreneurial coordinator with Place. “Once you understand that problem, and the people who live with that problem, on an ever-deeper level, you start developing early prototypes.”

The labs bring together women and men from all over the world – Syria, Gambia, Tibet, Sudan, and other countries – with different educational levels, professional backgrounds, and histories.

“We look for two things: diversity and potential,” says Charlotte about the selection of participants.

Over a nine-month period, they spend several weekends on their projects – supported by mentors who teach them how to pitch their project and talk in public. They cook together and get to know each other’s culture. The workshops aren’t always easy.

“The labs are intentionally intense. It’s good to have high energy,” says Sarah. Karam, too, had to learn a thing or two about himself: “I’m not very good with time. Starting early in the morning was sometimes difficult for me.”

After several months of work, the participants presented the results of the Innovation Labs to Anne Hidalgo, the mayor of Paris. Their projects are as diverse as the participants themselves. 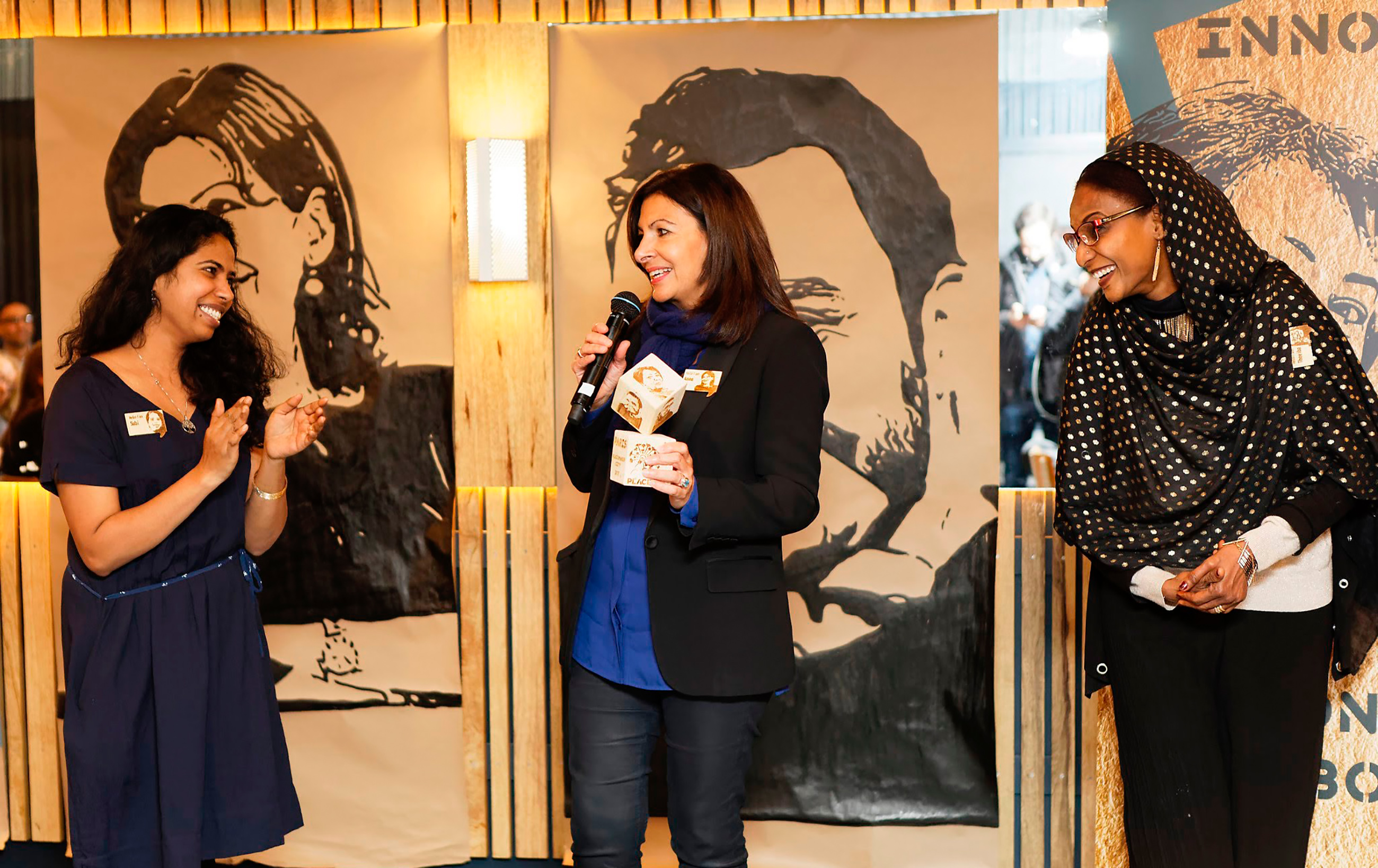 Sousanna from Syria wants to build an online platform to help women from her home country sell knitwear; Hiba, a Sudanese designer, wants to make it easier for children to learn math; and Sobi from India is planning to launch a start-up that delivers low-priced vegetarian dishes to companies during lunch break.

Karam, too, came up with a business idea and, like the others, developed a business plan. Together with Omar, a musician he met at Place, he wants to build a mobile recording studio.

“It allows people to record high-quality music on the go, for example at music events or in small cities that do not really have good studios. I come to them with my portable pop-up studio in a van.”

"I try to do good things, just being involved. That’s how you learn. And that’s how you grow." -Karam Mohammed

In the end, it is not even important whether all of these ideas will work out. Karam and the other participants have benefitted a lot from Place.

“I learned a lot. And I wanted to expand my network as much as possible. Place gave me this opportunity,” says Karam, now 25.

As part of the organization’s matching process with actors in the local system looking for diverse talent, he attends courses at a renowned business school while working as a webmaster for an artists’ association on the side. “I’m very busy at the moment,” he says, laughing. “I try to do good things, just being involved. That’s how you learn. And that’s how you grow.”

Charlotte does not want to limit Place to Paris. “The scale at which we address the problem is really important, and the migration issue is at the European level,” she says. Therefore, thanks to partners such as the BMW Foundation, Place has already organized Innovation Labs in Berlin and London in collaboration with local partners. 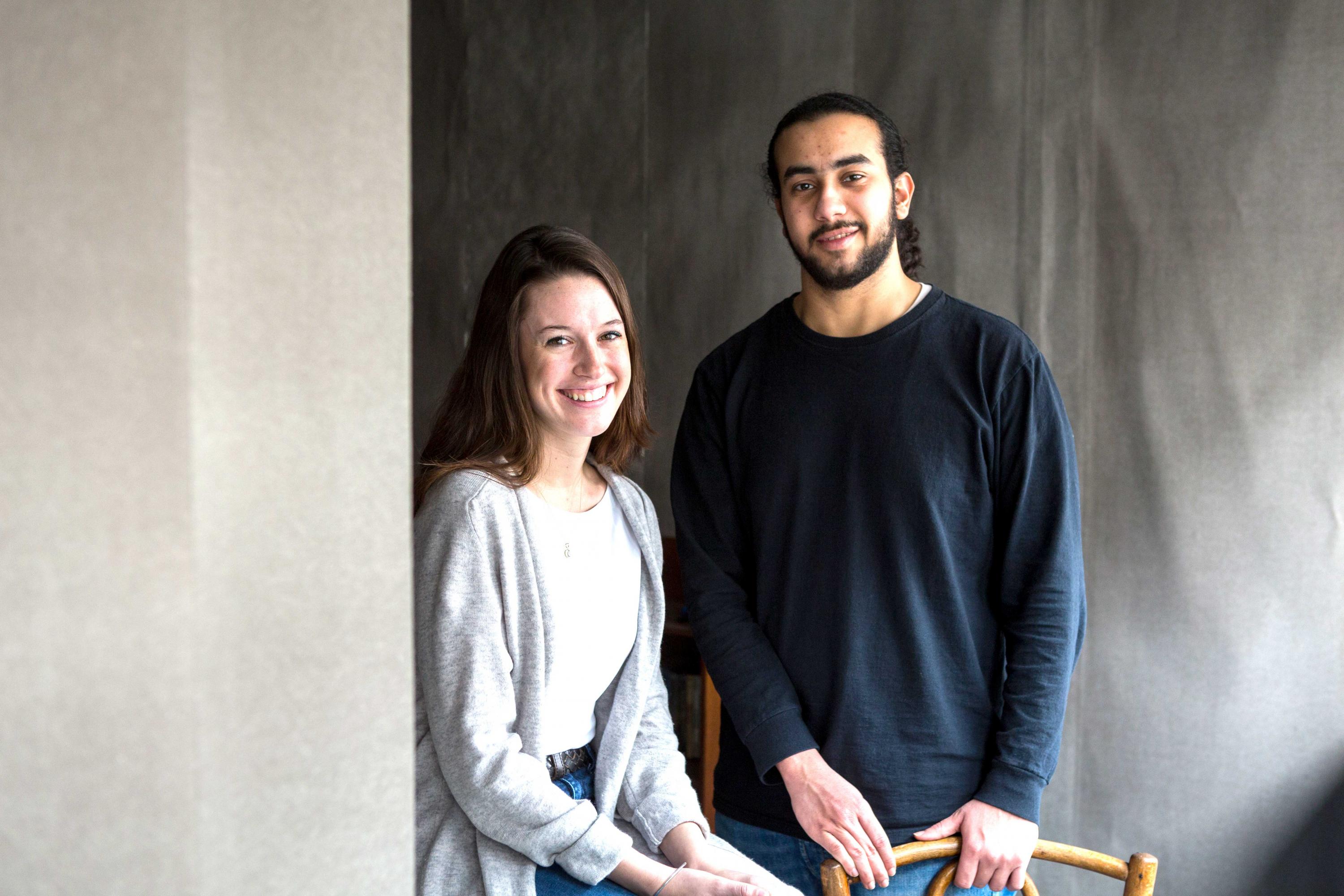 There are plans to hold more workshops in other European cities. The BMW Foundation has been part of the conversation on how to grow the reach of the labs.  “The ambition is to construct this as a European approach,” says Charlotte.

Karam is no longer sure whether he wants to move to London. He has come to feel at home in Paris. He even found a family where he can live for free.

His biggest wish, however, is to see his father again. While they are in touch via WhatsApp and by phone, they have not seen each other in three years. “So much has happened during that time.”