When You Burn Out While Changing the World

Spending your life making the world a better place is often more than exhausting. That's why the Wellbeing Project, created by Aaron Pereira focusses on the inner wellbeing and provides support for social activists.

Social activists have a disproportionately poor quality of life. Many struggle with depression, burnout and chronic diseases, high divorce rates and financial pressure. This is why Aaron Pereira created the Wellbeing Project. “Suddenly it seemed possible to talk about topics that were previously taboo, like vulnerability and people’s over-identification with their work.”

I first met Aaron at a gathering of the BMW Foundation, where he presented the project together with one of his co-leads, the social entrepreneur Bart Weetjens. I was immediately hooked by their mission: “to change the culture of the field of social change to one welcoming of inner wellbeing, and to catalyze an infrastructure to support everyone working in the field.” Working in the social entrepreneurship space myself, I had met many burned-out, self-exploiting social change leaders and worried how people coming from a place of scarcity could be effectively working for a healthy society and planet. 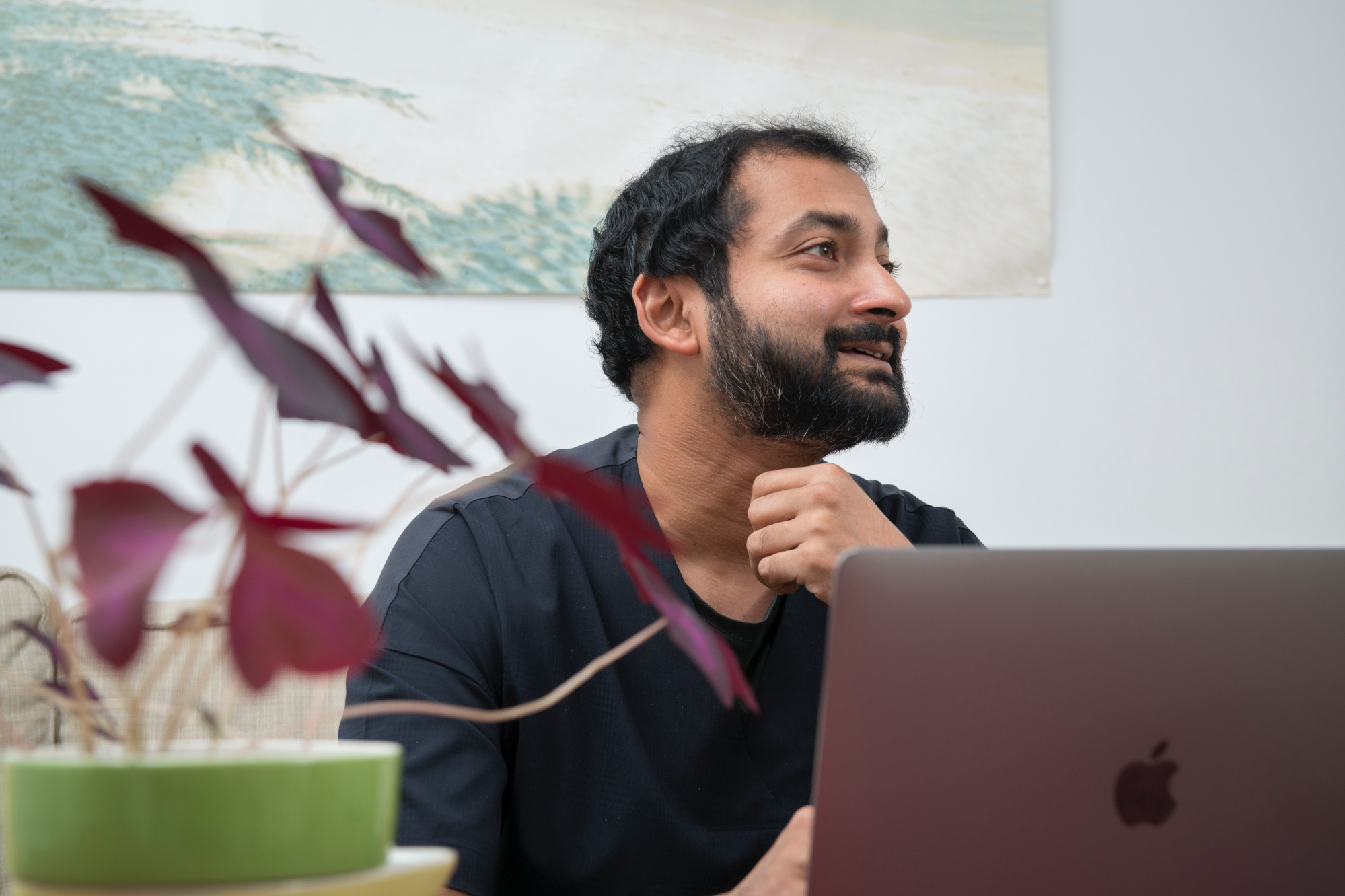 "I had begun to see that underneath the frenzy of working on exciting things, I was unhappy." - Aaron Pereira

Aaron had the same experience. Born in Goa in 1980, he moved to Canada as a teenager and it was there that the gifted twenty-year-old set up CanadaHelps, a fundraising platform for NGOs. Moving on to found Vartana, a community bank, Aaron became an Ashoka fellow at age 24. But, as he writes in a blog post, “I had begun to see that underneath the frenzy of working on exciting things, I was unhappy.”

Aaron took a long sabbatical – seven years during which he traveled, learned to meditate, and started some deep personal work. Speaking to other changemakers, he realized that he wasn’t alone in his struggles. Research by associations of social entrepreneurs also confirmed the anecdotal evidence: Social activists have a disproportionately poor quality of life. Many struggle with depression, burnout and chronic diseases, high divorce rates and financial pressure.

On closer inspection this is not surprising: Many social entrepreneurs experienced trauma early in life, which motivated them for social causes. These experiences can –  especially in the early phase –  provide a positive impetus. Over time, however, the personal shadows can lead to an unhealthy lifestyle that is exacerbated by the “normal” challenges of the social sector, such as high financial pressure and persistent social grievances.

Interestingly though, the nascent Wellbeing Project discovered that activists who had undertaken inner work – such as seeing a coach, therapist, or spiritual teacher over a long time – were leading healthier lives and more sustainable and innovative organizations. Thus the theory of change for the Wellbeing Project was born: Support social activists in nurturing a deeper sense of inner wellbeing and they and their organizations will flourish and be more impactful in creating the necessary systems change.

The core of the Wellbeing Project consisted of an 18-month Inner Development Program of retreats with facilitators and therapists for 60 social entrepreneurs from the Ashoka, Schwab, Skoll, and Synergos networks. In addition, participants received individualized support, as well as peer group work. The participants’ experiences were intensely evaluated. Results indicate people indeed underwent a deep transformation, seeing themselves and their roles in a new light. Many were relieved to be able to show up as a “whole person,” not the “hero” that funders or the media desire them to be. They developed new self-care practices and some made radical changes in their lives and organizations.

“The project hit an important nerve,” says Aaron. “Suddenly it seemed possible to talk about topics that were previously taboo, like vulnerability and people’s over-identification with their work.” Interesting questions were raised: Who am I without my anger? What if increasing wellbeing makes me lose what makes me a great social change leader? 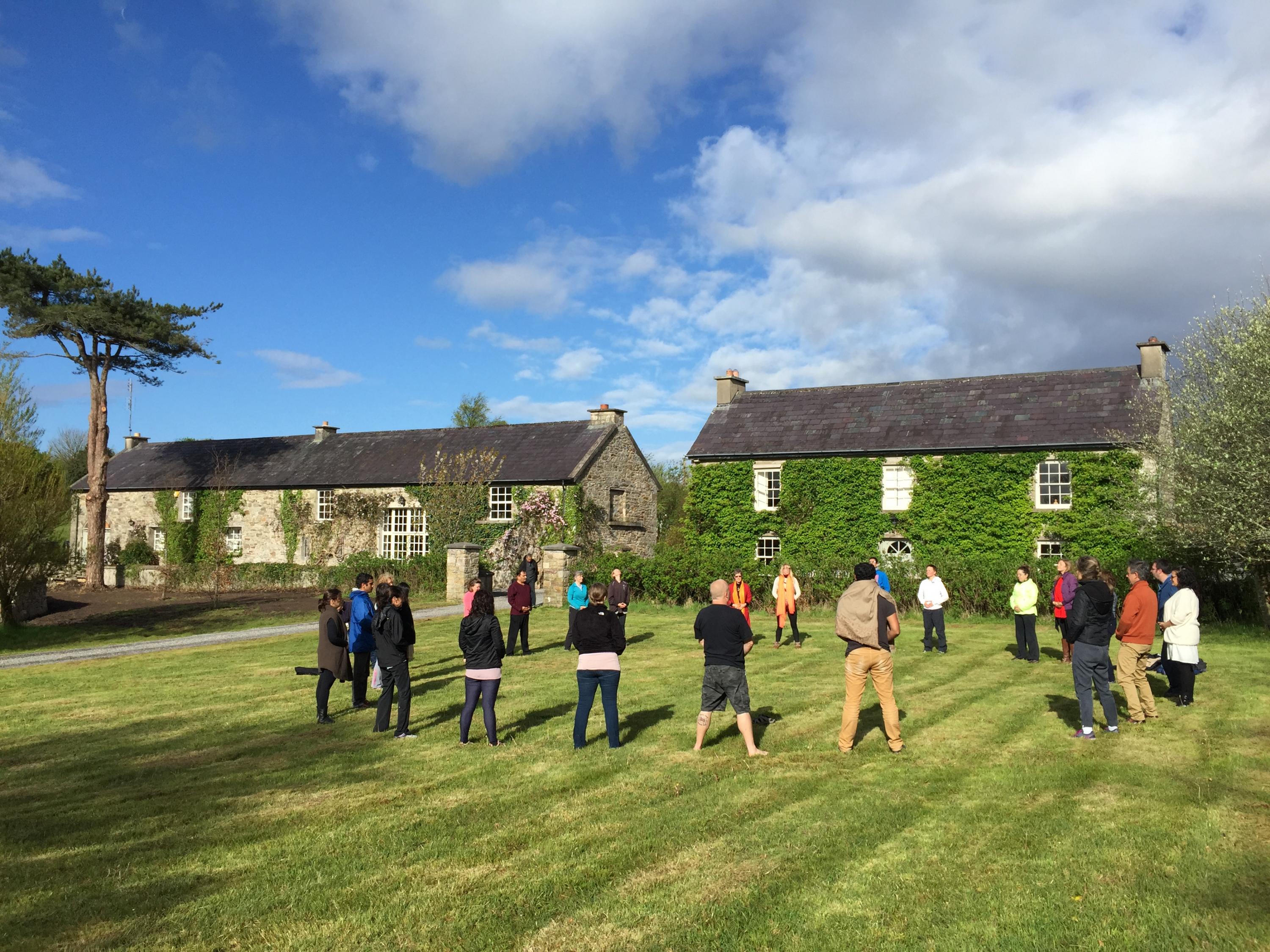 An important question for Aaron was how to set up and grow the project. “We could have created a large institution. I had done that before, with CanadaHelps, which is very successful, having channeled 1 billion USD to NGOs. But to build such an institution would have taken years, and success is not guaranteed. Instead, we asked ourselves: Why try changing the culture of the social sector on our own? Let’s ask the many experienced organizations how to do this.”

And that’s what the team did. They met with funders and associations around the world to find co-creators for the program. They practiced radical listening in order to really discover what was needed. Ironically enough, this approach often met with disbelief. For example, the CEO of a large foundation couldn’t believe that Aaron didn’t have a fully-fledged plan in his pocket, and that the relationship was more important than funding. “I went into these meetings without any preconceived ideas. I really wanted to listen. But people were so used to being ‘engaged’ in a purely rhetorical way, that some groups were even a bit grumpy when asked for their honest input.”

Aaron came to understand: “The structures in our field are not set up to be responsive. Most support works like this: You have a plan and you deliver against the results you promised. The space for discovering what is really needed is not present. But how can we bring about change, if we are not able to listen deeply?”

In conversation Aaron himself often takes a step back, quietly asking questions, helping his counterparts to deepen their own understanding. As he tells me: “One of my great pleasures is that this project is so utterly human that it is not best told through a one-person story but through everyone’s story. Everyone has a unique story and it shines light on what the Wellbeing Project is all about.” (Listening to this, I felt slightly embarrassed to have insisted on interviewing Aaron himself and not any other member of his team, as he had suggested.) 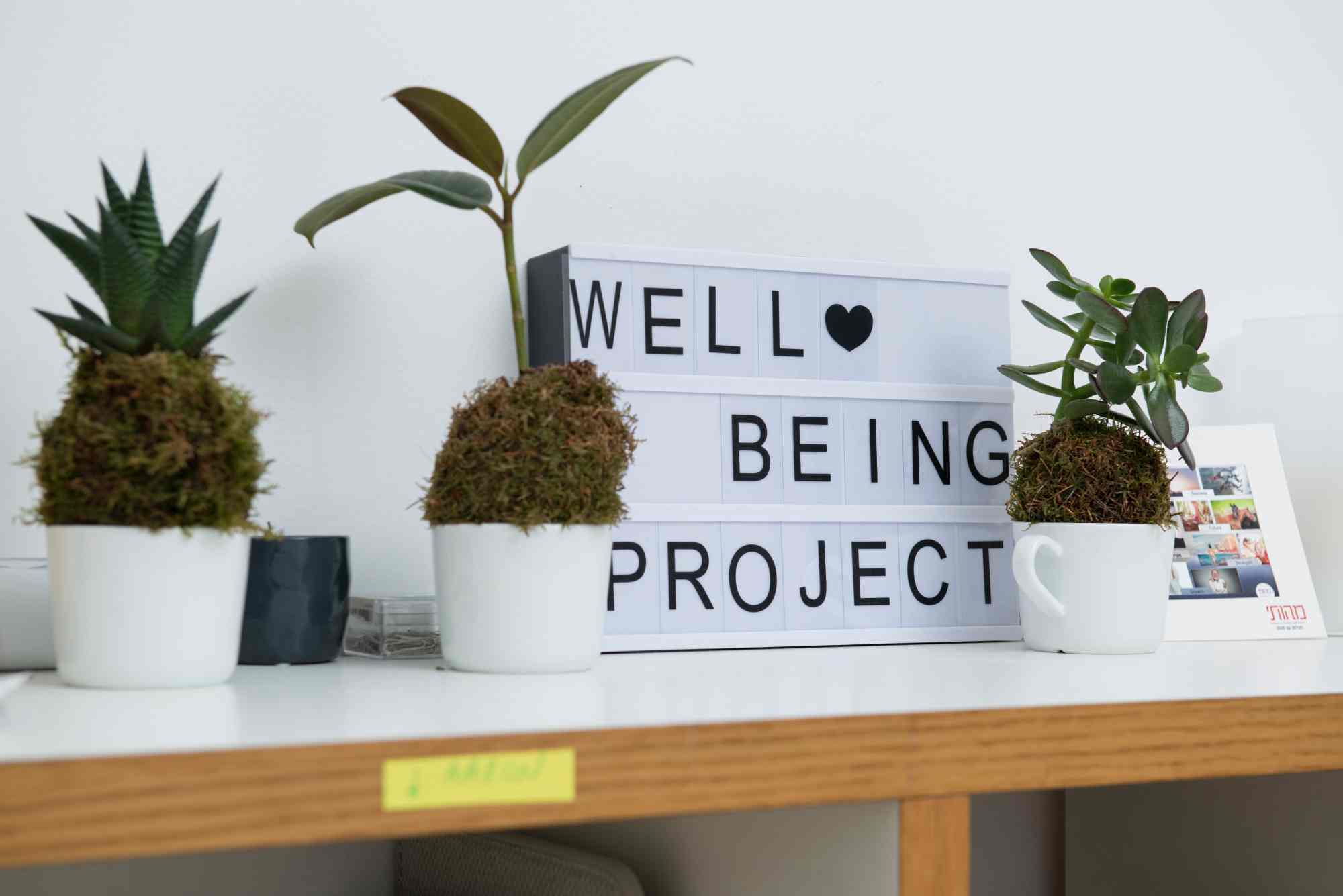 The Wellbeing Project's office in Paris by Émile Loreaux 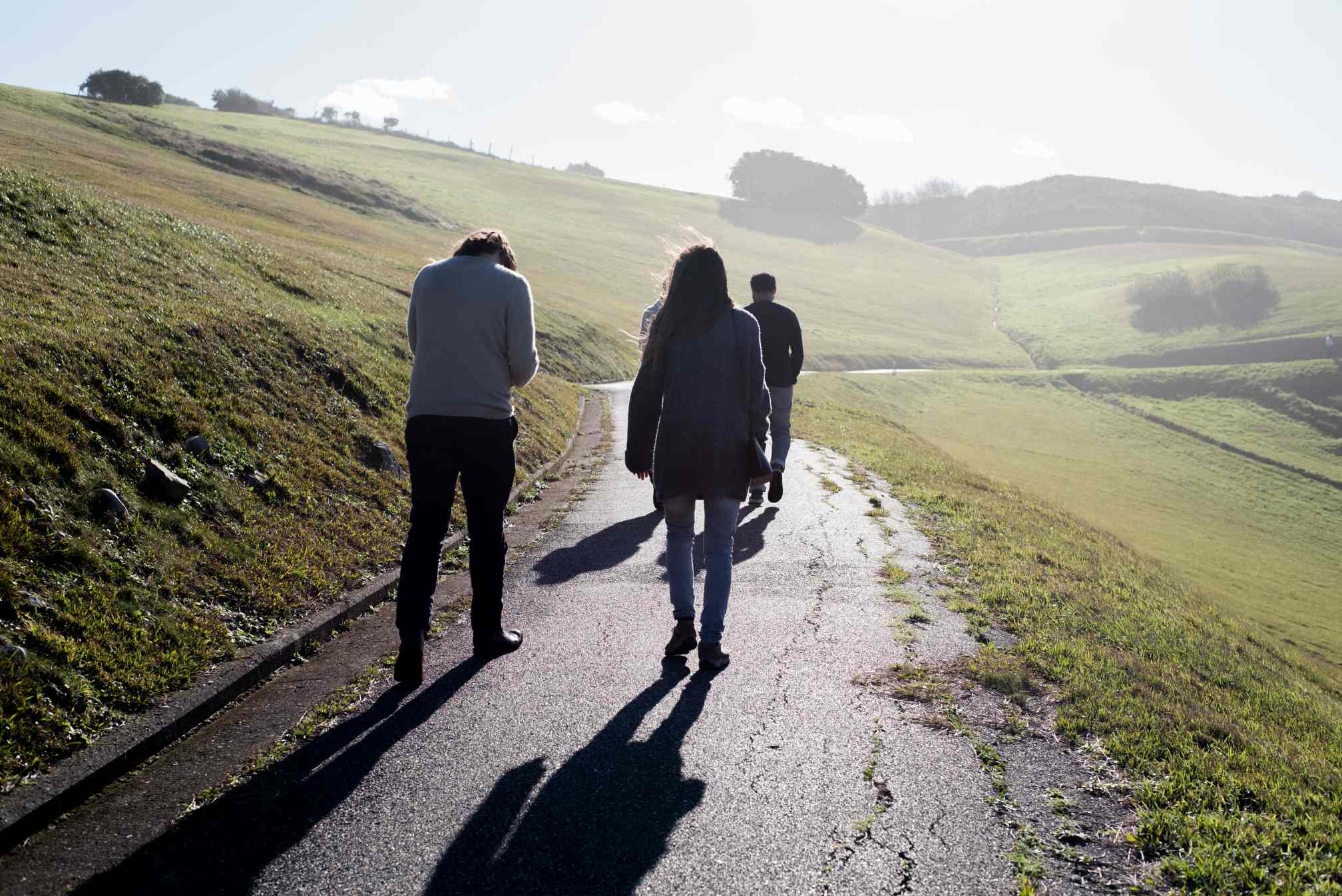 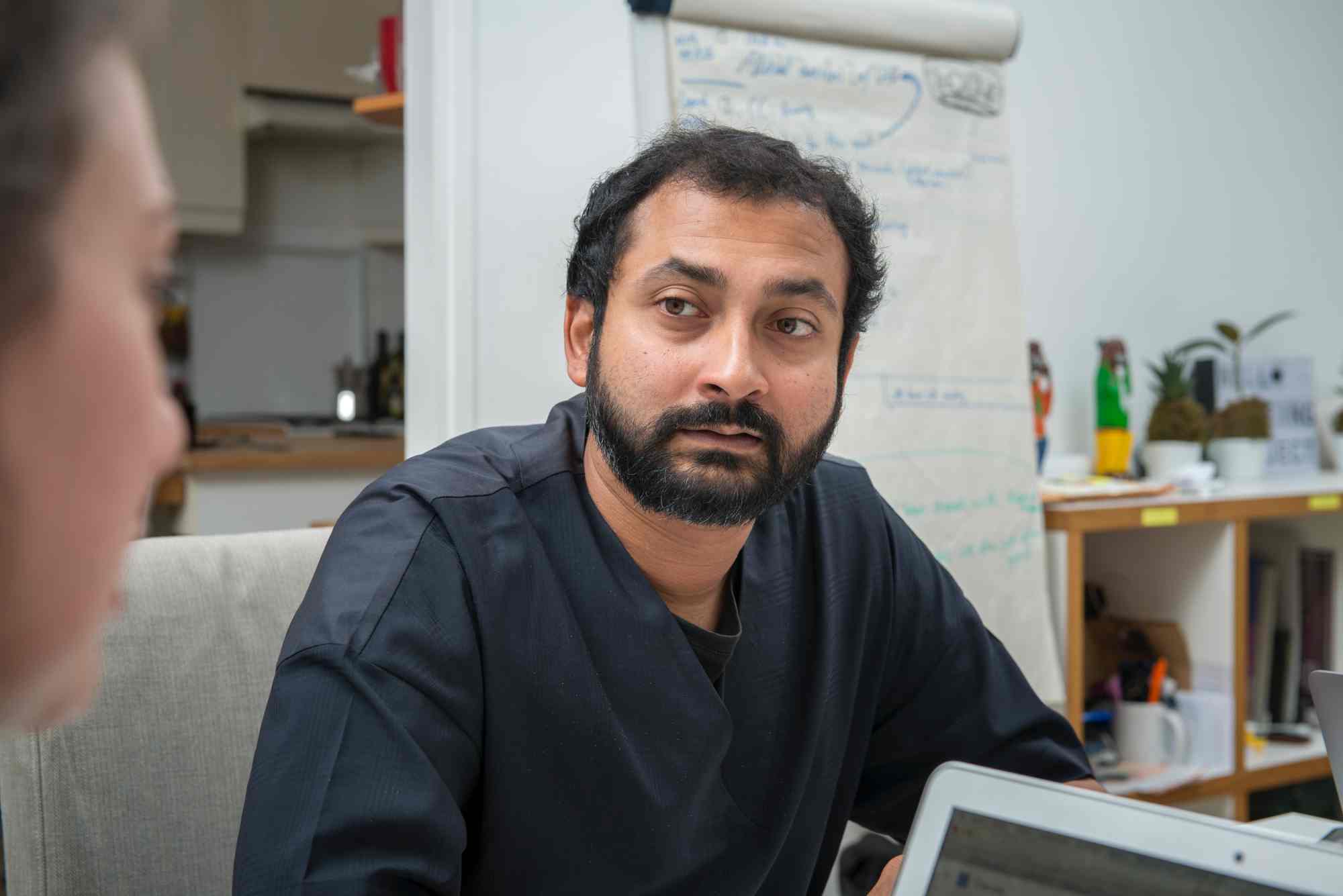 Aaron Pereira, creator of the Wellbeing Project by  Émile Loreaux 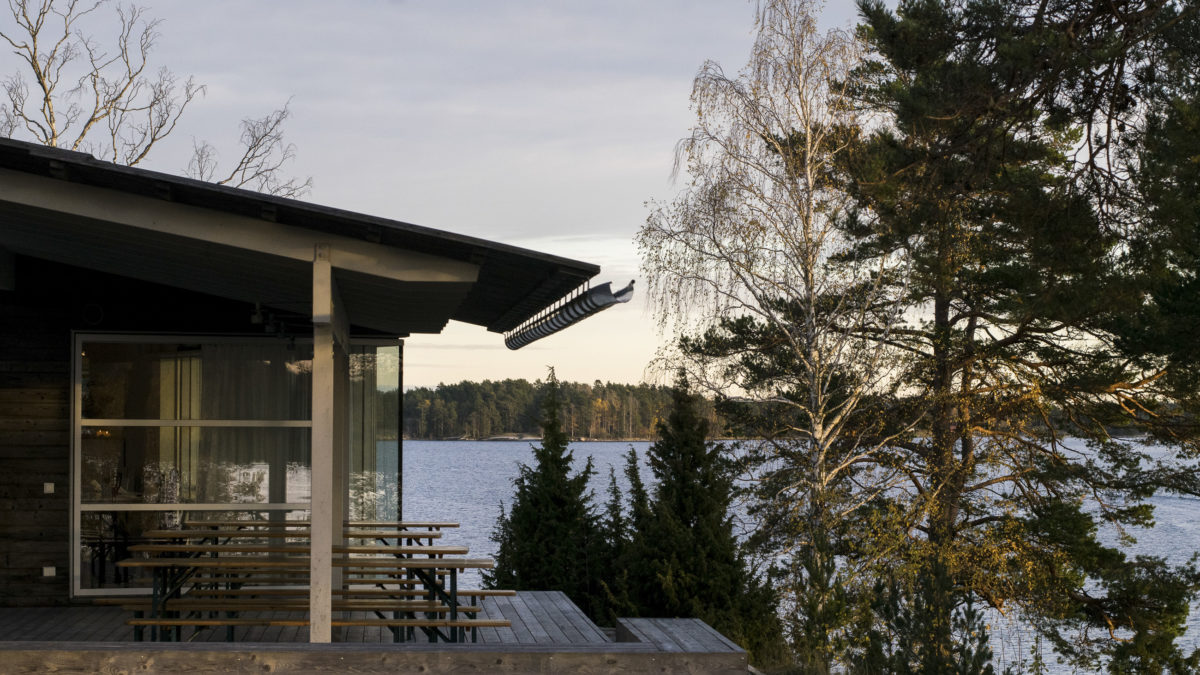 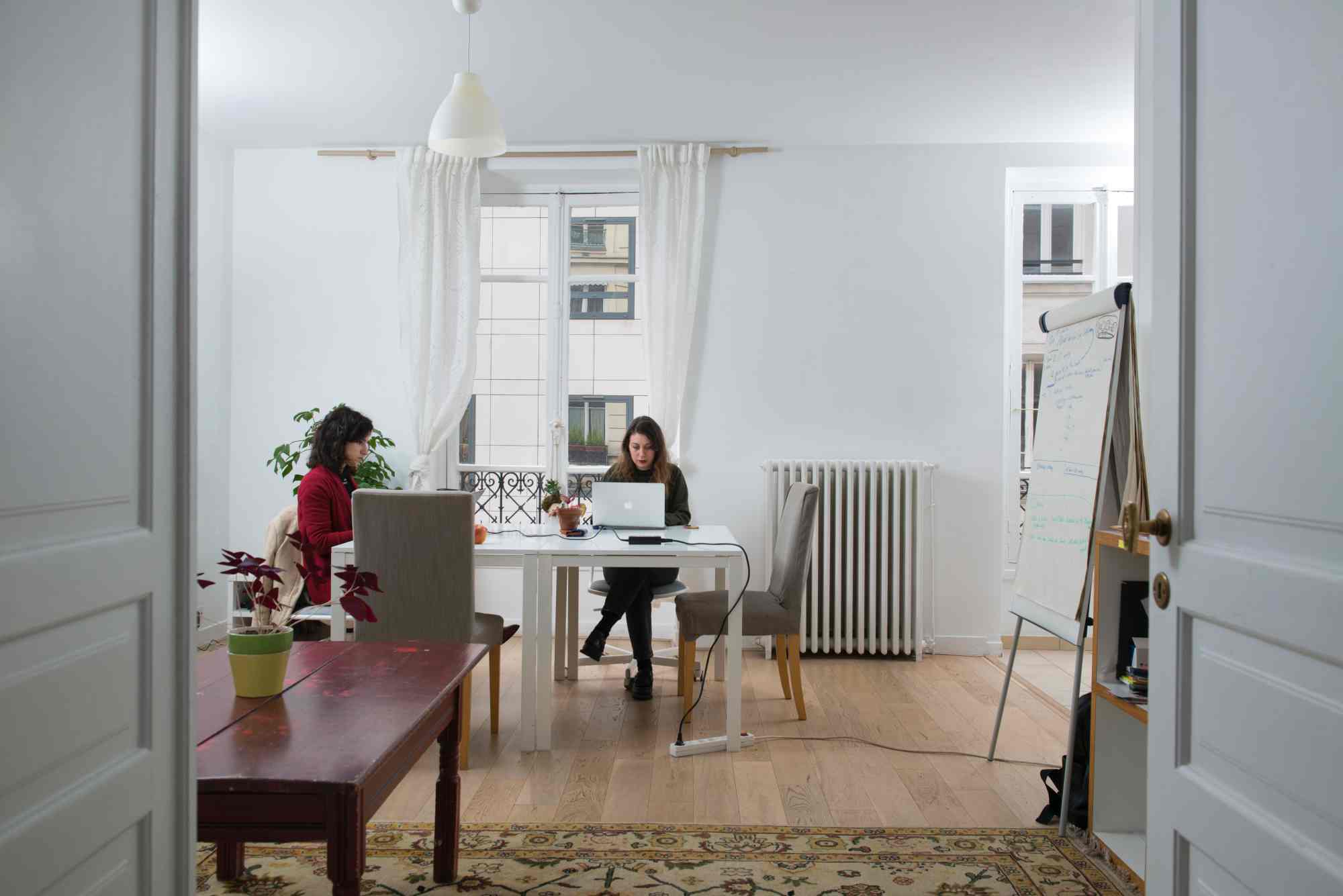 The Wellbeing Project's office in Paris by  Émile Loreaux

The ability to hold space for emergence and the unknown led to an unusual setup of the program. Its core is driven by a handful of co-creation partners, each supporting a specific part. For example, Esalen, the famous Californian retreat centre, provided first-class facilitators, while the Fetzer Institute steered the research. Social entrepreneur associations like Ashoka and Skoll brought their social innovation experience.

In order to create a wider movement, an additional Learning and Convening pillar was formed. Consisting of more than 50 global organizations that learn directly from the research, they work together to build a new infrastructure of support for everyone working in the field. Storytelling – i.e., sharing the personal stories of social entrepreneurs broadly – rounds off the program.

"Many discover their longing for deeper human relations. For some, their view of the world radically shifts."

Over the past three years, I’ve had the privilege to speak both to a number of participants of the core inner development program, as well as be part of the Learning and Convening pillar. Many stress the fundamentally transformational impulses they received. They have a much deeper understanding of themselves, including their needs and vulnerabilities.

Many discover their longing for deeper human relations. For some, their view of the world radically shifts. Thus Ashoka fellow Frank Hoffmann from Discovering Hands speaks of a “second room,” a powerful space within our visible material world, he wasn’t aware of before the training. Outside of the meetings, groups form vibrant WhatsApp groups, offering support.

In this video, social entrepreneur Michael Sani share his experience:

At times the radical listening practiced by the team challenged its own convictions. Aaron describes one situation: “The whole project was supposed to end in 2018. But in mid-2017 people asked us to prolong our work. They felt that even though our impulses showed effects, they were not yet fully sustainable and that we still had a role to play.”

How should Aaron react to this request? He felt that their lean co-creative approach, focused on the systems level, had already created an impact that would normally have taken many more years. He was inclined to stick to the original plan of wrapping up the organization. “We wanted to be a catalyst and gradually disappear. The world is ephemeral and we create things for a particular moment in time. Once the context changes, it doesn’t make sense to continue.”

"We wanted to be a catalyst and gradually disappear."
- Aaron Pereira

To solve the dilemma, the team again took to listening. They collected feedback from their network and 18 months and thousands of inputs later, decided to continue for another three years. “Our strategy for the next phase was fully formed by the partners. None of the directions we are taking now – focusing on organizational development or bringing the wellbeing agenda to universities – came from our core team.”

And so the journey continues, with the Wellbeing Project hosting the social sector to create a more sustainable, healthy culture, in which changemakers and their work flourish together. 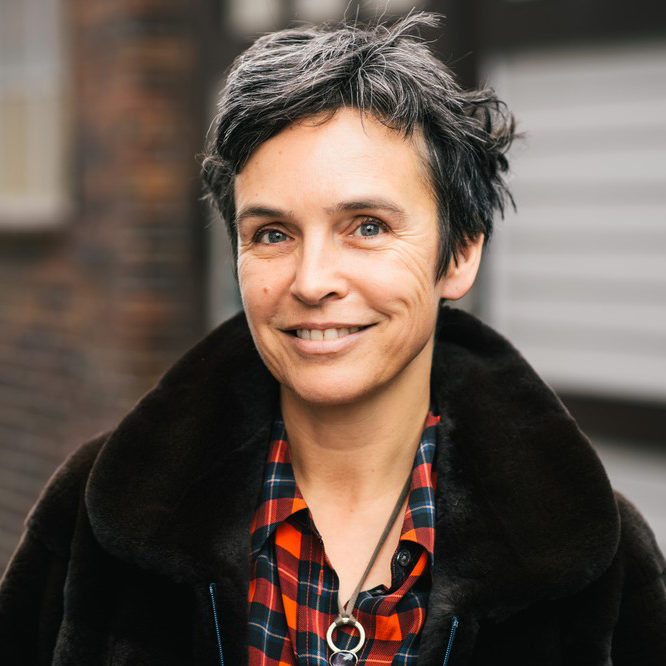