Eirliani Abdul Rahman is a diplomat turned activist. To raise awareness for survivors of sexual child abuse, she will be setting out for an expedition to the North and South Pole in 2019.

Eirliani Abdul Rahman is a diplomat turned activist. To raise awareness for survivors of sexual child abuse, she will be setting out for an expedition to the North Pole in April 2019 and to the South Pole in December 2019. Here, Eirliani is documenting her inner and outer struggles as she is preparing for these trips.

This is Part 12 of Eirliani’s personal leadership journey.

“The only journey is the one within.” - Rainer Maria Rilke 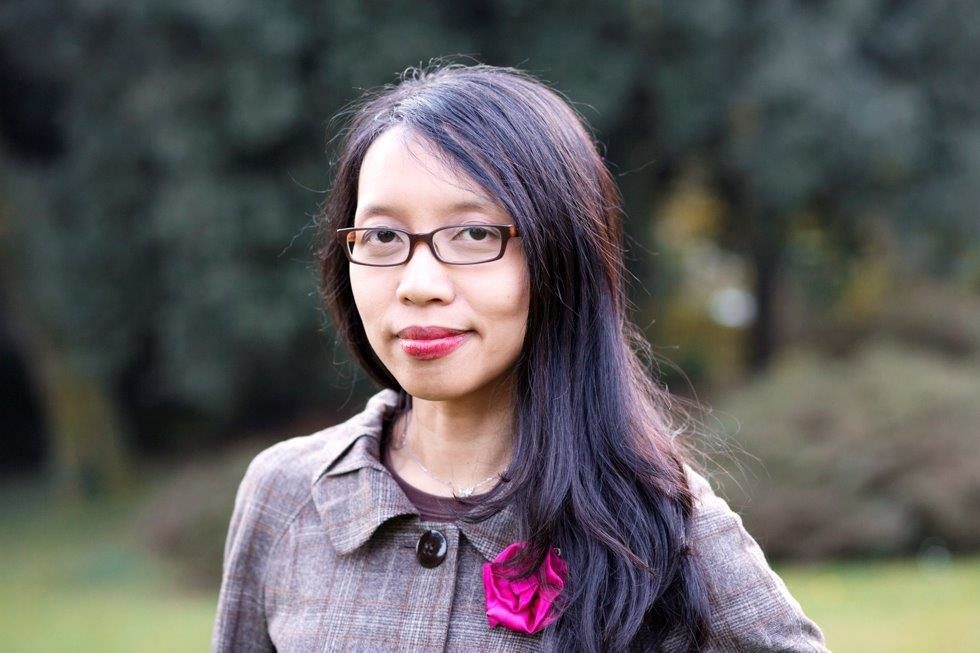 Eirliani Abdul Rahman is preparing for a last-degree trip to the North Pole in April 2019 and a 700-mile ski trip to the South Pole in December 2019 to raise awareness for child sexual abuse survivors. She is the co-founder of YAKIN (Youth, Adult Survivors & Kin In Need), an NGO working on children’s rights and child protection, and a member of Twitter’s Safety & Trust Council. She serves as director at the Kailash Satyarthi Children’s Foundation and is a member of the Global Diplomacy Lab.

In 2015, she led a successful campaign of the NGO Bachpan Bachao Andolan (“Save the Childhood Movement”) founded by Nobel Peace Prize laureate Kailash Satyarthi called #FullStop to #childsexualabuse in India, which reached 16 million people over 6 weeks. Eirliani is co-author of the book “Survivors: Breaking the Silence on Child Sexual Abuse.” She won the BMW Foundation Responsible Leaders Award in 2015.

Put down the deposit for my North Pole expedition: check.

Talk to influencers about amplifying my key messaging for said expedition: check.

Put together a list of expedition clothes and gear: check.

Start monitoring my diet – I need to put on weight! Check.

I was on the phone to the head of the company that was organizing my expedition to the North Pole this coming April, and she happened to mention polar bears.

“How many are there up where we’ll be in the Arctic?” I asked cautiously, my curiosity getting the better of me.

“Oh, about 3000,” she replied cheerfully as though she was describing a visit to the zoo. “They’ll be on the eastern side, you know. You’ll definitely see them.”

I wasn’t sure what to think about that.

Where I was out training on the frozen ocean in Nunavut in the Canadian Arctic the past two winters, I was told there were 35,000 polar bears resident there.

I didn’t see any live ones, fortunately, just one dead teenaged one, dragged ignominiously behind a snowmobile by an Inuit who had hunted it down and was removing the last bits of meat from the pelt by driving it over the rough ice.

Eirliani out training for her expedition in the Canadian Arctic.  Erik Boomer

That phone interview over, I settled down to the things I needed to do, as one does when preparing for an expedition that is 100 miles (161 km) long, one way. I will be pulling a sled laden with food and gear weighing some 100 lbs (45 kg).

How does one not sweat over the small stuff or big ‘uns like polar bears?

First, make it a habit to take care of yourself.

I’m not particularly scrupulous about what I eat or do not eat. I tend to eat more carbohydrates at breakfast and not that much at lunch or dinner where I’ll eat mostly protein, fats, and vegetables unless I’m having a cheat meal and gorging myself on pizzas, fries, or nachos.

I do a cheat meal once a week and do not hold myself back when it comes to dessert either but do bear in mind that I need to put on weight for the North Pole expedition, come April.

Not sweating the small stuff to me means I listen to my body: Are there any particular food types that my body is craving? Do my leg and back muscles hurt and is it time to go for another massage to loosen them out?

I try to get as much as eight and a half hours of sleep a day, but I can make do with seven.

I try to work out at least four times a week and hydrate regularly while working out, especially when I’m outdoors. So if I’m out cross-country skiing, I bring a thermos flask filled with hot green tea and a snack for afterwards.

I try not to stress if I cannot work out more often due to my workload and/or travel schedule. I’ll squeeze in time to walk up the hill with my groceries and a laden backpack instead of taking the bus. Instead of meeting my girlfriends over coffee, we might go out for a hike instead.

Second, learn to recognize when you are getting stressed and take time out for yourself to relax.

For me, this could be as easy as having a cup of green tea while reading by the fire or a nice relaxing bath with salts after a workout. If possible, identify what’s causing you stress and make sure to address these stressors. You could reach out to friends and family for help, meditate, take up yoga, or go for a walk.

"Not reacting right away allows you to look at the issue from a different perspective."
Eirliani Abdul Rahman

I sometimes find that when things get overwhelming, I like to sleep on things and wake up the next morning feeling refreshed and ready to tackle the day’s challenges. Also, sleeping on something and not reacting right away allows you to look at the issue from a different perspective.

Sometimes it’s your fatigue that is talking, and some rest is all that you needed.

This is crucial. I like having a Plan B. When preparing for an expedition, I like to do my research on the adventure company that I’m going with, and to learn about the routes ahead.

How much weight am I supposed to carry?

How many days will we be winter camping?

What gear are they providing and what do I have to furnish myself?

Do I need to purchase travel and medical insurance?

Not sweating the small stuff also applies to my loved ones.

I let them know the dates of my departure and when I’m due back from the expedition, the contact details of the adventure company, and my planned route so that they needn’t worry. I might bring a memento from my loved ones so they know that I’m thinking of them while I’m incommunicado, out there in the freezing Arctic. The temperatures sometimes fall to -50 degrees C (-58 degrees F).

And I call or message them immediately once I’m back at base camp and within cell range again.

Three more months, and then the North Pole, here we come!