“Naming and Faming” as a Tool for Political Change

The Accountability Lab uses various approaches to battle corruption and inspire integrity around the world.

Blair Glencorse was watching the Nepali version of “Pop Idol” a few years back when he had a brainwave: Could this kind of show, instead of showcasing performing talent, fight corruption and promote honesty? The issue was core to his work, as founder and director of the Accountability Lab – an NGO using various approaches to battle corruption and inspire integrity around the world.

Blair’s lightbulb moment watching the TV show gave birth to “Integrity Idol”: a campaign not to “name and shame” corrupt officials but to “name and fame” honest bureaucrats at the local level. Volunteers went out the very next day to collect nationwide nominations for government officials who showed exemplary integrity. The nominees were whittled down to five, and a series was filmed and broadcast on TV and radio. The public voted for the winner and a new kind of global “franchise” had arrived.

“Integrity Idol” has since expanded to an annual campaign in eight countries, promoting national discussions on the topic and working to change narratives around public service. Instead of judging singing voices and dance routines, millions of people engage in debating accountability. Winners have become celebrities for their honesty, turning into advisors on policy, winning promotions and even briefing the US government on these issues.

Last year “Integrity Idol” premiered in South Africa with the support of an innovative management program at the BMW Group, ReadyGo. Standing for “Ready for Leading the Global Organization,” ReadyGo is based on the philosophy that business managers can benefit from the commitment of NGOs to change society for the better, while civil society can often learn from the rigor of corporate practices. Since 2011, 184 BMW employees have been matched through the program with pioneers of civil society.

“[Integrity Idol] shifts the debate from people who embody problems to those who embody solutions, which is really powerful. This creates a lot of positive energy for reform, and it is also much more politically feasible than pointing fingers at wrongdoers.” Blair Glencorse

The BMW Foundation recommended Blair for this program, and he was duly paired with Manfred Pernitsch, then responsible for real-estate management and security at BMW Rosslyn, South Africa, and the wider Africa region. In addition to Manfred, the BMW team included Caroline Phillipp, Thomas Michel, and Pia Negro.

With our 11th Global Table taking place in South Africa last year – coinciding with the centenary of Nelson Mandela’s birth – the decision was made to bring “Integrity Idol” to South Africa. The Foundation brokered a partnership with the Nelson Mandela Foundation, a household name whose participation ensured greater credibility for the project. Another core partner was LifeCo, an impact investing organization run by BMW Foundation Responsible Leader Pat Pillay. They introduced Blair to local organizations to kick off the campaign – among them the Democracy Works Foundation, which became one of the main partners  of the South African edition of “Integrity Idol.”

The national campaign was launched in January 2018 on radio, social media, and public TV, supported by many other non-profit organizations and universities. In addition, Manfred and the BMW Group in South Africa supported the campaign with marketing and media coverage, ensuring awareness among employees and families, and even providing voting options in the BMW canteen.

“The people we promote with the Accountability Lab show that there is another way. And that is exactly what the BMW Group's value system stands for.” Manfred Pernitsch 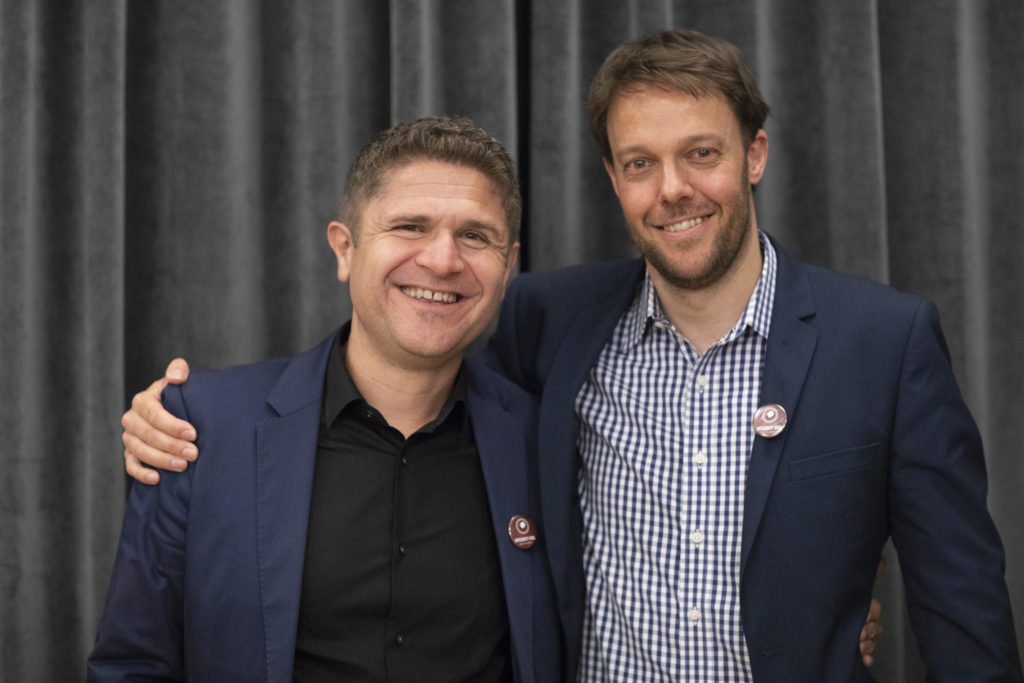 During the Global Table Cape Town in May, participants were taken to the “Integrity Idol” finals where they had some time to discuss issues of accountability and integrity with the five selected “Idols” – before attending the award show itself.

Out of 600 nominations for “Integrity Idol South Africa” and competing on the finals against a teacher, a nurse, a doctor, and a firefighter duo, Vinnie Pillay, a police captain, took the top prize through a public vote.

Vinny works at Unhlali Police Station in Kwa-Zulu Natal, a province on the east coast of South Africa with ten million inhabitants. He is much-loved by his community; leading workshops in schools, supporting survivors of gender-based violence, and helping out residents. He has described his work as a “lifelong calling to continue to safeguard communities in South Africa.” Vinny has thus not only become a role model for many, but also a national celebrity thanks to “Integrity Idol.” 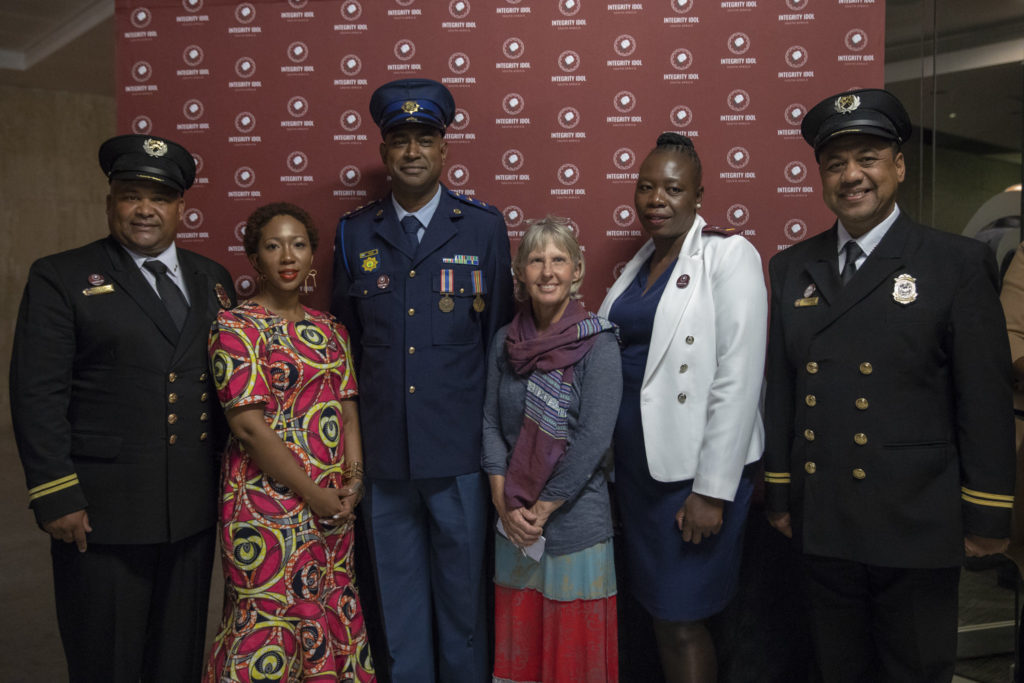 All finalists at the Award Ceremony in Cape Town. Picture: Claudia Leisinger.

It’s crucial to ensure that efforts to build change do not peter out when the spotlight is off. To that end Charissa Hector, head of HR for BMW South Africa, affirmed that the company would keep supporting the movement even after Manfred transferred to the United States. The Nelson Mandela Foundation also pledged continued involvement in the campaign and support with its credibility and networks to broaden the approach into the Accountability Movement. Finally, LifeCo UnLtd SA will stay engaged with the Accountability Lab and support the larger Accountability Movement with its networks and knowledge. Integrity Idol South Africa 2019 opened on March 7 – follow along on the website here.

But Blair won’t rest on his laurels. With the help of the BMW Foundation Responsible Leaders Network and BMW Mexico, he is currently working to bring “Integrity Idol” to Mexico. A seed fund from the BMW Foundation enabled him to visit Mexico and build some initial relationships. The project is currently in the planning stages regarding logistics, timelines, and funding – so watch this space for some new heroes of honesty!