How Digitization Will Affect the Future of Work

12 hypotheses from Klaus Fuest on the future of work in the age of digitization.

“Digitization is an opportunity for us all – but only if we do it right. To do so, we need to think about society in new ways and, above all, gain a new understanding of work and labor.”

Digitization creates jobs: New technologies pave the way to new products and services – and hence to new occupations. The OECD reckons that 65% of our children will in future work on activities that do not yet exist today.

Automation protects jobs. In traditional industries, the efficiency gains realized by greater automation help make products and services more affordable, thereby boosting demand for them. Paradoxically, the launch of cash dispensers (or ATMs) and check-out scanners in the United States thus boosted employment in both bank branches and the retail sector. Automation also raises competitiveness and prevents work from being offshored to locations with low labor costs. The German manufacturing sector is a prime example.

Jobs are put at risk when labor productivity increases, i.e., when fewer employees generate more output. In almost all developed economies, improvements in labor productivity are increasingly slowing down. Last year, European productivity gains in the service sector barely managed 0.2%. In industry, the EU average was 0.7%. Economists refer to this phenomenon as a "productivity crisis," the main reason being a lack of investment in technology.

The speed of the technological transformation is overestimated. Prevailing wisdom has it that "the world is turning faster and faster." In reality, though, it takes a long time for innovation to unfold its impact on a broad scale. The requirements for such penetration?

Investment in the technology must reach a critical mass, and extensive experience of handling the technology is needed – especially in industrial processes. The last major innovation that drove a significant gain in productivity was the industrial use of electricity. Once the first power plant had been set up, it took nearly 40 years for this innovation to find its way into more than 50% of America's production facilities.

Digitization leads to structural changes in our economy. We must therefore avoid the trap of focusing our attention solely on its net effect on the labor market: More important is the nature of the jobs that will be available in the future. 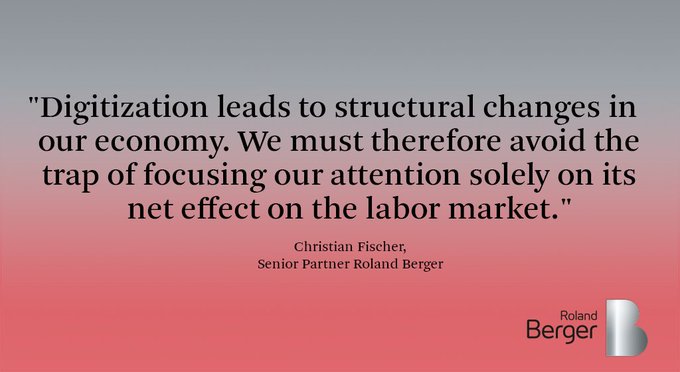 The effects of digitization on employment are highly specific and demand individual answers. In Germany, (ro)bots and artificial intelligence pose less of a threat to jobs in the (already heavily automated) manufacturing industry than they do to positions in the service sector – in the back offices of banks and insurance companies, for example.

Individual industries such as transportation are feeling the full force of digitization. And who is to say that there will be no surprises? Even purely "digital" activities could themselves fall victim to the advance of digitization. Why employ human programmers if computers are now able to learn, and to generate code directly?

Demographics and digitization are of mutual benefit, at least in Germany. Looking ahead, we don't have too many workers: We have too few of them, and many of them are aging. Automatons can provide valuable help in this situation, stepping in where human resources are lacking, but also providing better support to humans as they go about their work – relieving them of heavy physical labor in construction and healthcare, for example.

Service robots can be helpful in healthcare and the care of the elderly. Photo credits: Jan Stradtmann/Ostkreuz.

The issue of education will take on even greater importance in the future world of work. Education will determine whether people ride the wave or are left high and dry. One very fundamental point here: We cannot afford [to simply accept] a situation in which children from socially deprived families still have worse chances of a good education than those from wealthier social strata.  Substantial investment and far-reaching reforms are needed across all forms of education: from infant development to young people's transition to the world of work.

For digitization in particular, employees need new skills and qualifications. Everyone talks about lifelong learning. But who is to do the lifelong teaching? Is each individual responsible for his/her own ongoing education? Is this the job of companies? And how do we train people in those companies that lag behind on the digitization front?

"Everyone talks about lifelong learning.

But who is to do the lifelong teaching?"

School and university education too must adapt. Non-linear thinking, creativity, problem-solving skills and, above all, communication remain core human activities. So it is not knowledge but skills that are needed. And skills have to be taught.

When choosing their job, young people attach great importance to the purpose and meaning of their activity. This presents new challenges to companies keen to capture their enthusiasm and keep them on board. Loyalty toward employers is on the wane, while job-hopping and cherry-picking are now common practice. The sense of belonging is defined no longer by organizational ties but by professional expertise. That is why a management style that expresses appreciation and nurtures personal strengths is a key to employee retention. In the battle for talents, a corporate culture that is lived out and experienced day to day is becoming a crucial differentiator.

One aspect of the corporate culture of tomorrow will be a shift in the work methods used, moving away from a focus on presence and toward a focus on results. For career beginners in particular, the freedom to choose where and when work is done is significant. If knowledge resources become as flexible as capital in the future, employees will expect their company not just to control them but above all to enable them.

Digitization is bringing change to the boardroom. The need is for a new type of manager who must realize efficiencies in existing business while also driving the transformation toward new business models. Managers are thus becoming change managers. They steer the organization by means of change processes and set an example to the staff, not least by living out a value-based management style.

New forms of work need someone to represent workers' interests. When employers become customers and regular staff become "gig workers," there is a shift in the balance of power between the contractual parties. To uphold social cohesion in an age where working relationships are becoming ever more virtual, what used to be "employees" must develop a new solidarity and organize themselves. 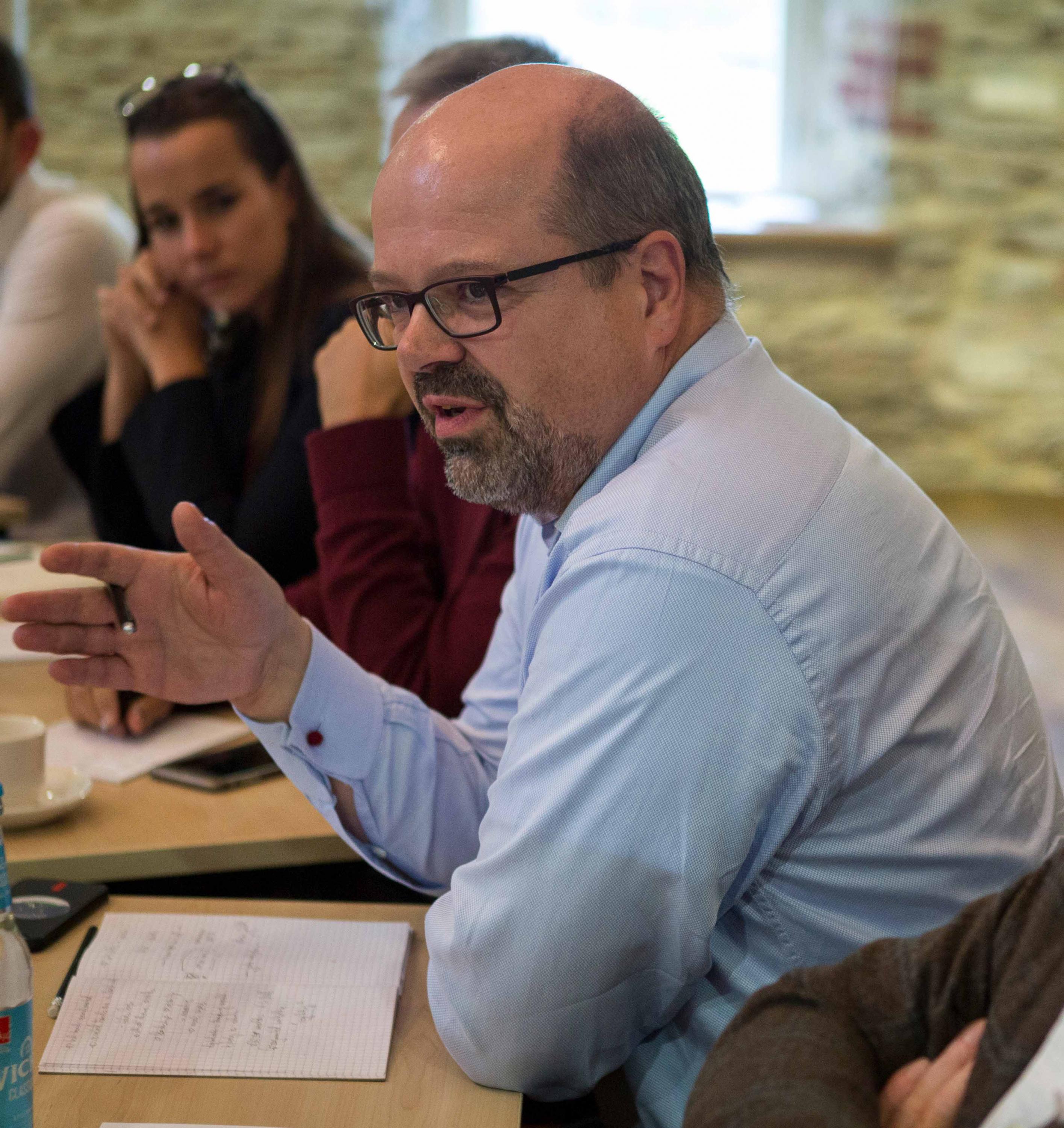 Klaus Fuest has been a Principal at Roland Berger since 2001. His main interests are industry policy issues, corporate strategies, and digitization. Fuest studied economics and has authored numerous studies, books, and other publications.

Klaus Fuest will join the Munich European Forum as a participant on October 25-26, 2018. Entitled "Building a Strong Europe for Citizens," the Forum concludes and puts into a larger perspective the results and ideas of the first cycle of a dialogue process conducted over the last 18 months: Three BMW Foundation European Tables dealt with key issues related to Europe’s economy, security, and identity. Through the Munich European Forum, the BMW Foundation is taking a clear stance for the principles and goals of a united Europe.