With just a 3D printer and power access, Andrew Lamb and his team can produce medical parts and other essentials tools in disaster areas.

Andrew Lamb and his crew are taking their technology to disaster areas all over the world. They can offer much faster support than many other technology providers, because all they need is a 3D printer and power access. With these two elements, they can immediately produce medical parts and other essential tools – and teach locals how to use the technology themselves.

Andrew, how do you aim to transform humanitarian aid and disaster relief?

Field Ready was formed in 2014 to fill a critical gap in the way that international aid is delivered. We focus on creating low-cost, effective DIY local solutions to common problems around health, water, and sanitation with the help of 3D printing technology and other maker equipment. By transforming logistics, we provide effective disaster relief cheaper and faster exactly where and when it's needed. 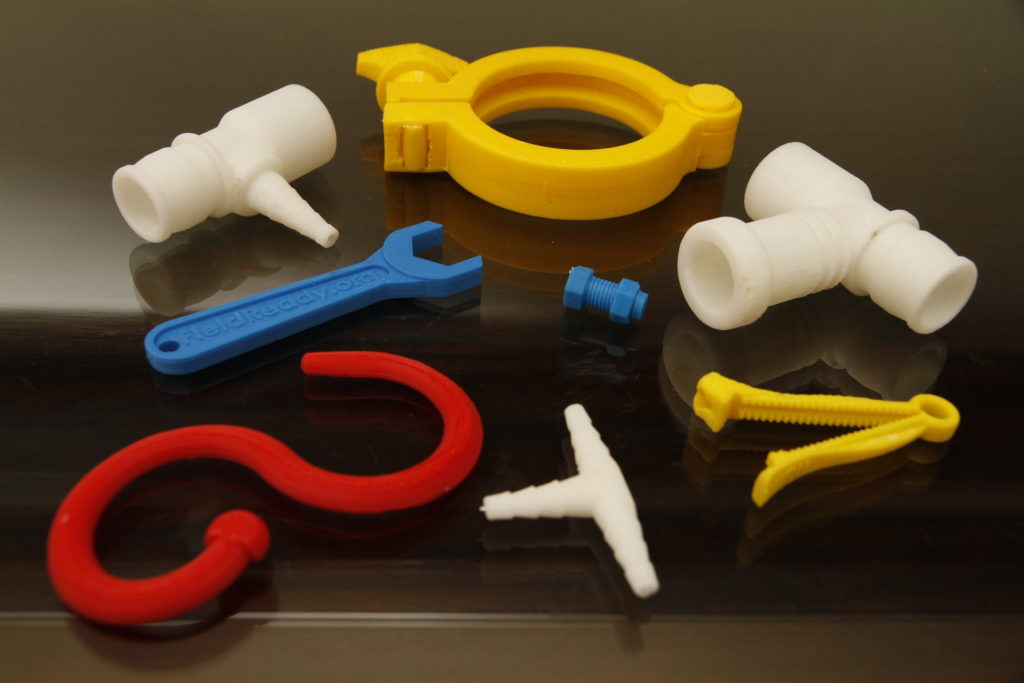 Helping in earthquake zones with a laser cutter
Field Ready is a US-based non-governmental, non-profit organization pioneering ways to provide humanitarian relief by improving the efficiency in aid delivery. The organization uses the latest technology and innovative design to produce essential spare parts immediately on-site and cost-effective. They have worked in places such as Haiti, Nepal or Syria and scale their approach wherever there is need.

How exactly do you do that?

When we come to a disaster area, we try to identify parts of products that are needed and look into how we can produce them locally, fast, and at low cost.

For instance, in Nepal after the earthquake in 2015, a district hospital had been destroyed. Doctors were working out of tents; donated medical equipment had to be connected to a power source outside of the hospital. But the power connection broke, no spare parts were available locally, and shipping them into the country would have taken months. Another example was the antique baby incubators they used: the models were outdated and it was impossible to replace critical parts, leaving them unusable. We were able to reproduce the missing parts within minutes and at low cost with 3D printing technology: We quickly mocked up replacements via our open-source database and printed them out.

On the same topicGaining Confidence through Coding

That almost sounds too easy. Don’t you need any infrastructure or highly trained people for that? Can you fix all those problems just by using this technology?

3D printing technology is not necessarily a fix for cleaner water, but it’s part of a process of development and can be an enabler for so many things. But in essence, Field Ready is a disaster relief organization, not a tech organization – we just use technology. Flying in with high-tech equipment is at the other end of the spectrum of what we do. Most of the time we work with local designers and engineers to bridge the gap, because we would much rather employ people with the right skills locally than build up our own structures. As more people become entrepreneurs, we are able to recruit more locally. It appeals to my philosophy about how technology can be used to empower people in vulnerable and developing communities. 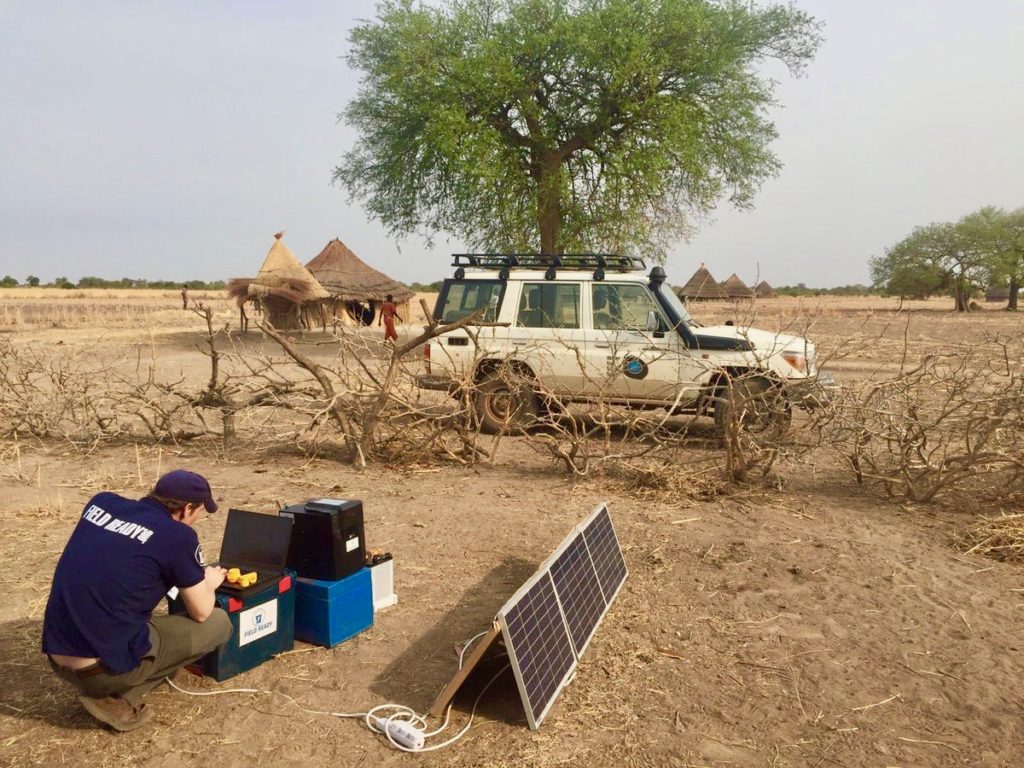 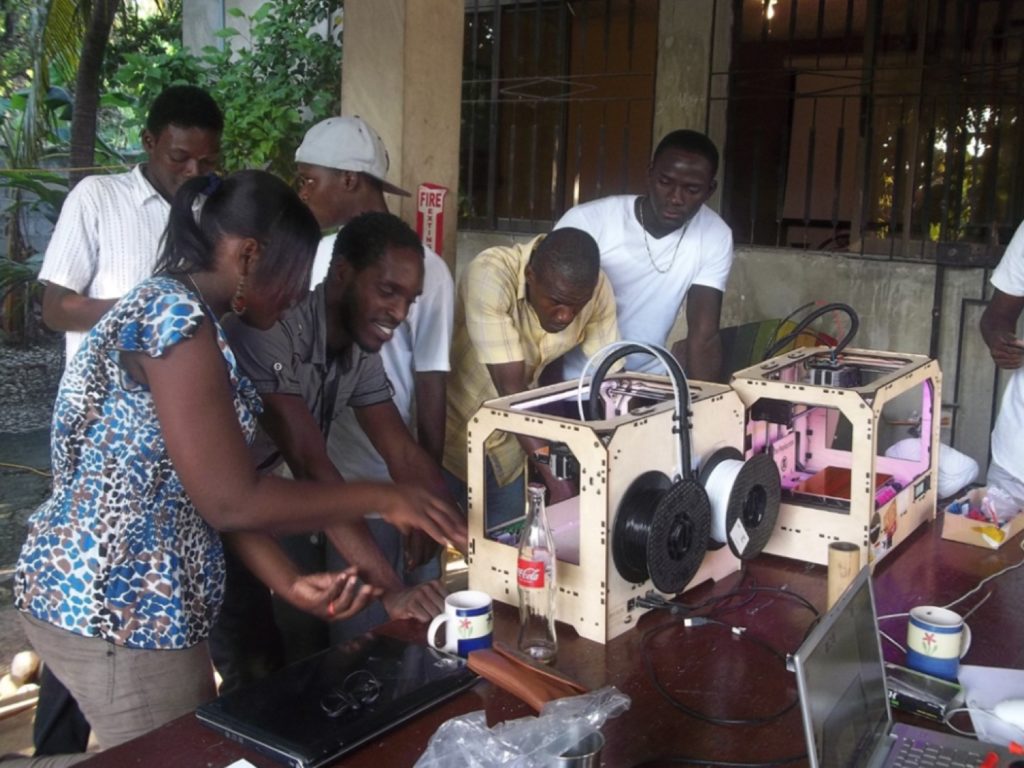 Was that also the case in Nepal, where large areas were devastated by the earthquake?

When we came to Nepal, there wasn’t much capacity yet, so we planted the initial seeds of so-called “maker movements.” We started training local people, and now there is a flourishing maker movement. We don’t make the items anymore, we pass the production on to the local businesses that have been incubated, and we have incubated three or four businesses. Working with local people can leave the place more resilient and innovative.

Which is why you collaborate with makerspaces and train locals?

Exactly. Not only in Nepal. The rise of maker movements everywhere around the world is essential for our work; it means that when there are capacities in place, we can respond to disasters much more quickly. And we want to find the right skills locally, work with them, and produce locally. This is why we partner up with makerspaces, fablabs, and anyone who has a 3D printer. This is also essentially the idea behind Field Ready: the idea of decentralizing and distributing manufacturing, so that you’re able to make the things where and when you need them, for the world not depending on mass production but moving to the production of the masses. And there is huge potential for job creation in low-income communities, both in developing countries and in developed countries. 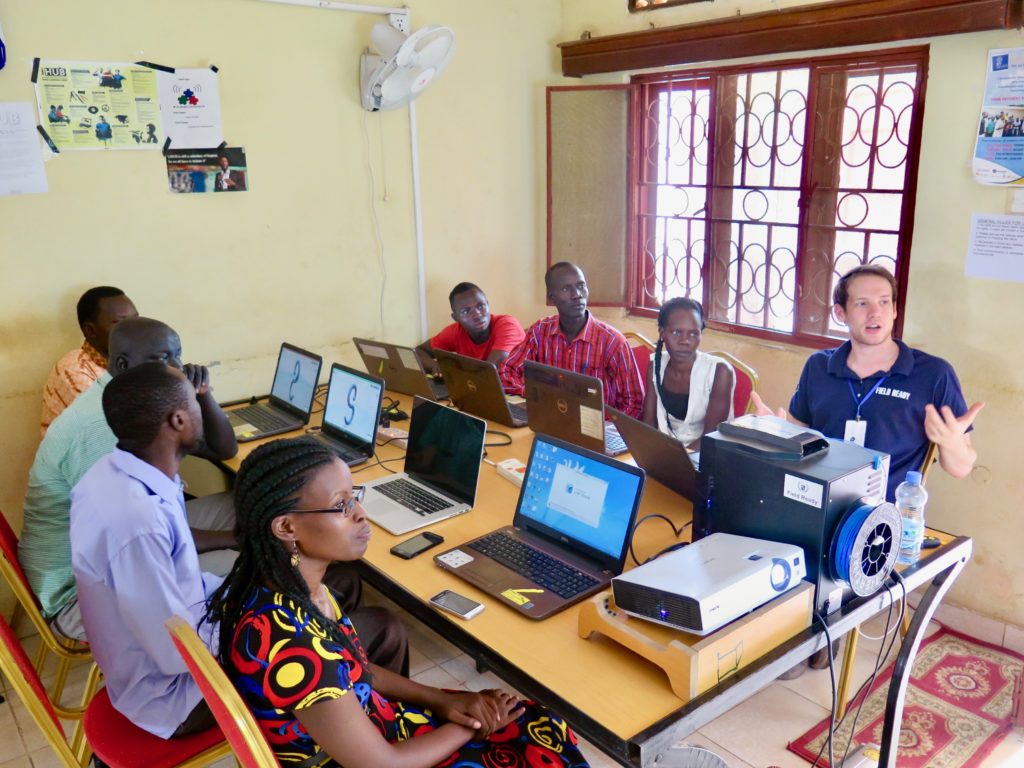 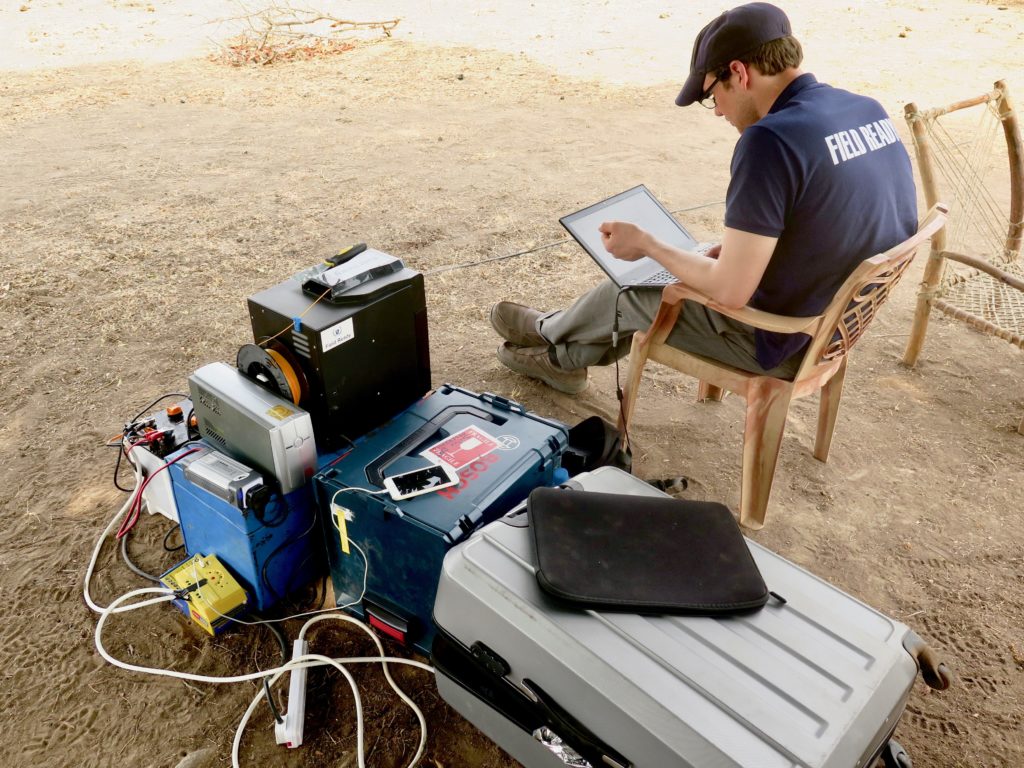 The maker movement in western countries has largely been characterized as the domain of hobbyists ...

Certainly there are differences: we are speaking of community spaces where people convene to make things because of the sheer love of making things. But there is a growing sense in some of these makerspace movements that the meaning of making things is much larger. It actually means something broader for society. We are speaking about getting a better idea about how things are made and producing things locally, thereby getting rid of the environmentally damaging supply chains and creating jobs for people not only in rich countries but, as the makerspace movement develops, creating something like the local factories of the future.

And what is exciting about it is that the aid sector is realizing this difference. They are making some experiments, including with my organization, to try and explore the economic potential around makerspaces. In particular, we are looking into supply chains. And what we see is a new kind of capability to make very high-quality items in quite remote places. We can achieve that with the tools of a makerspace. And we see people in developing countries setting up their own enterprises in places where classical supply chains don’t necessarily reach. For them, the motivation to engage with a makerspace is different. They are far more interested in setting up business models.

So what you describe is almost a system change of production, isn’t it? A disruption of supply chains from the bottom up?

Something like that. Supply chains are an overlooked and unsexy problem in our field. They touch on all sorts of different things, whether it’s health, medicine or water and sanitation or other things.

But the world has been built around supply chains and infrastructure. The globalization of production has been beneficial to people in the big cities that are mostly quite wealthy.

Now, when it comes to more remote areas, especially within the Global South or in disaster areas, people are more difficult to reach and don’t benefit as much from the globalization of production. But if you have access to manufacturing equipment, you can make what you need by just downloading a file from the internet and produce it yourself, without really needing to have a supply chain. Suddenly you can distribute yourself.

So 3D printing technology really speeds up the traditional emergency relief supply chain. What’s more, a large number of other products could be made with small-scale technology on site, and that’s likely to increase as the technology improves, and as the ability to make more complex medical equipment increases.

What does that mean with regard to the Sustainable Development Goals?

The connection between the makerspaces and the Sustainable Development Goals is in tying together the fields of human development, education, aspects of sustainability, and the local economy – the idea that people can get jobs by making things themselves. I think 3D printing technology has the potential to play into all the SDGs. Take, for instance, the means of production, the means of manufacturing farming equipment, empowering women to become entrepreneurs. You can use recycled plastic to manufacture the 3D printed parts. And when you make supply chains more efficient, you also are reducing carbon emissions. In my opinion, every single SDG can be supported by this kind of innovation. 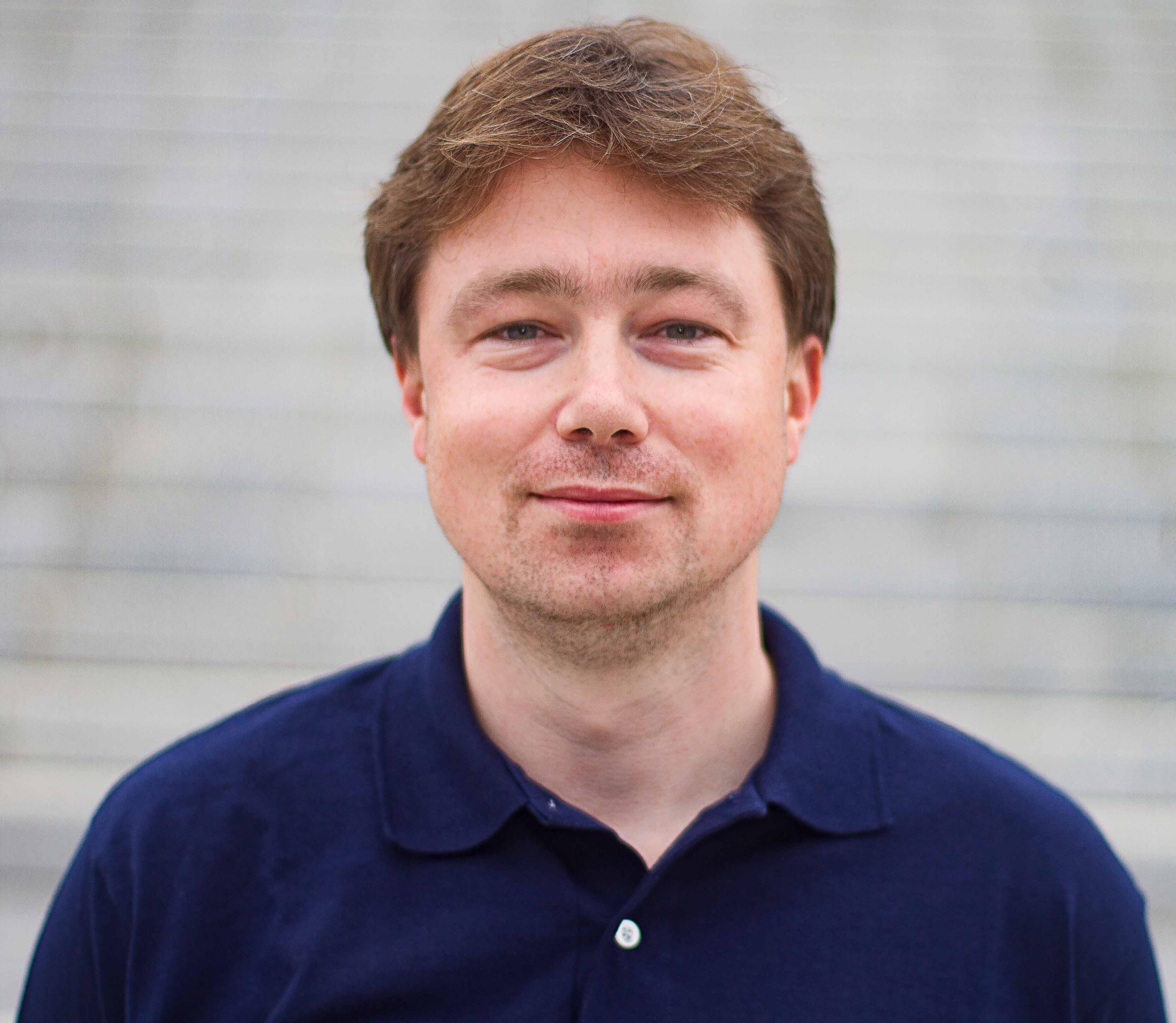 Through his extensive involvement in the disaster relief, international development, humanitarian innovation, and engineering sectors, Andrew is recognized as a passionate influencer, leader, and change-maker. Andrew has built a reputation as a leading innovator at Field Ready and as an inspirational speaker and communicator – with a profound belief in cooperation, partnerships, and empowerment. Andrew is currently working on a portfolio of technology-based ‘open’ innovation initiatives and has a background in information and systems engineering. Andrew helped to build the global Engineers Without Borders movement and to establish Engineers Without Borders UK. 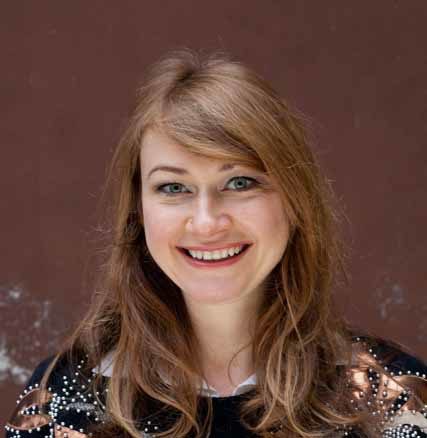 Isabel Gahren works as an editor, researcher and project manager at @betterplace-lab, the Think-and-Do-Tank of the crowdfunding platform betterplace.org. Her areas of interests are ICT4D, Women in Tech and exploring how ICTs can help to enforce Human Rights. She is also a board member of Future Challenges e.V.@fc__org, co-founder @wEYE_info and passionate about #Sustainability and #NewWork.

On the same topicUsing Co-Creation to Facilitate Community-Led Innovation