17 million European job-seekers are currently considering moving to another EU country in order to find a job. Border controls that are designed to restrict the free movement of refugees could also negatively affect Europe’s labour market.

The free movement of people across the EU, guaranteed by the “Schengen Agreement”, is widely considered one of Europe’s biggest achievements. Amidst the recent “refugee crisis”, however, a number of countries - including Austria, France, Denmark, Germany, Norway and Sweden - are re-introducing border controls. As a consequence, some politicians and commentators warn that, “Schengen is on the brink of collapse” (Austrian interior minister Johanna Mikl-Leitner).

Without Schengen, it will be much more difficult for Europeans to live and work in other EU countries, which could particularly harm today’s young and unemployed in their search for a job. We wanted to find out just how big the impact of a collapse of Schengen could be and conducted a census representative survey of almost 12.000 Europeans across all 28 EU countries.

Europeans on the move

The results were telling: about 25% indicated that they are “very likely” to look for another job over the coming year and of these, over one-third stated that they would move to a different European country to find it. Translated into absolute figures, this means that 17 million people - almost 9% of Europe’s currently active labor force - would be ready to cross borders for a new job. 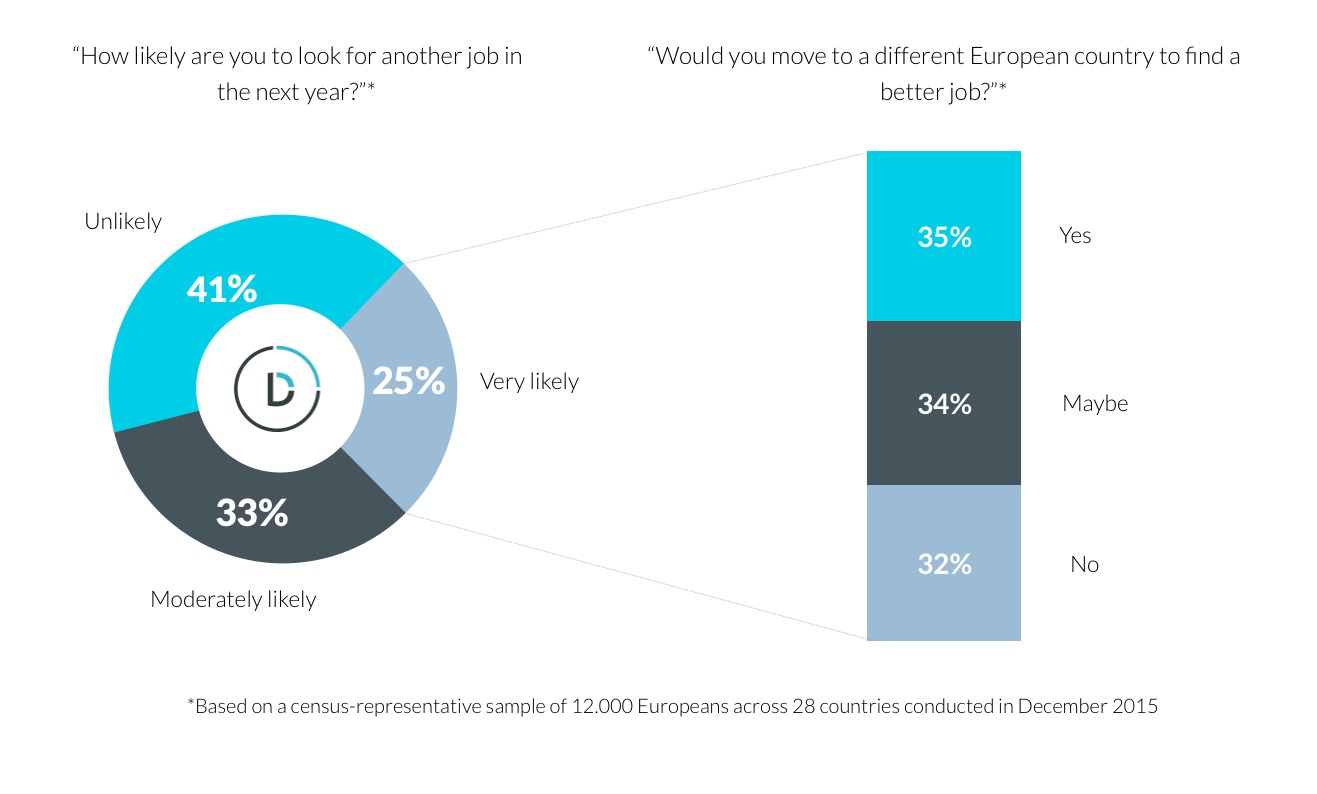 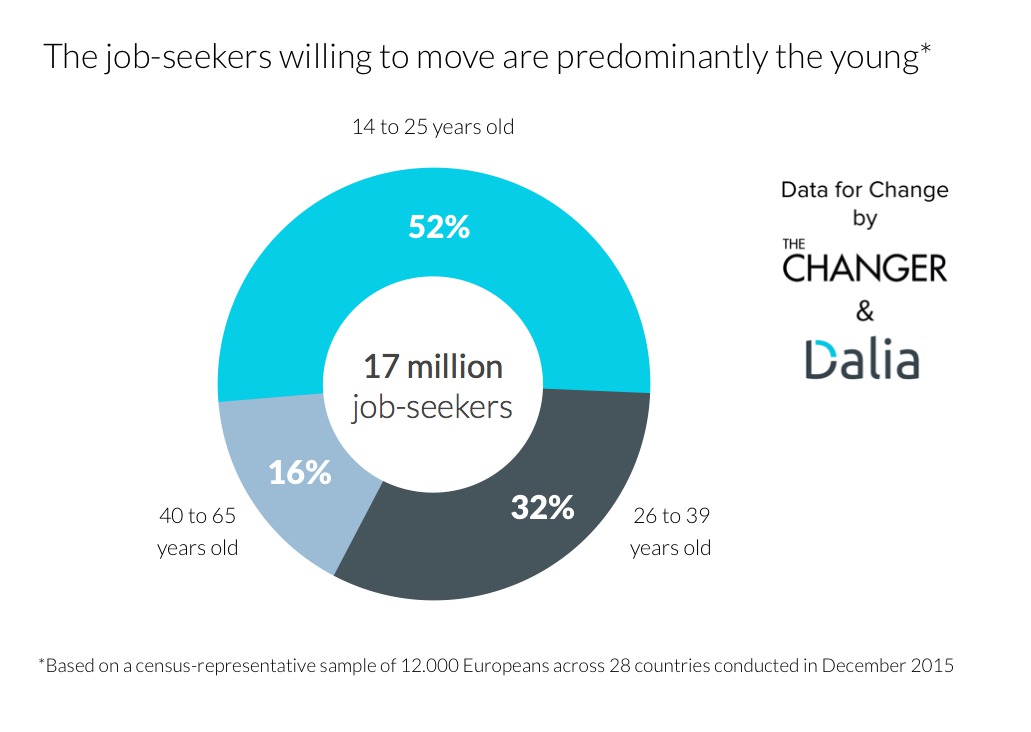 The arrival of over a million refugees in Europe in 2015 certainly poses unprecedented challenges for policy-makers across the EU. Closing borders and thereby risking the collapse of Schengen, however, looks like the worst of all possible policy responses.

Europe is only slowly recovering from the financial crisis and youth unemployment in France, Portugal, Italy and Spain still ranges between 25% and 50%. The ability of young people to easily cross borders to work and live in countries with greater job-opportunities should be in everyone’s interest. Europe’s failure to effectively provide support to people fleeing war is already bad; we should now ensure that we don’t make a bad situation worse by also harming the future of Europe’s next generation.

This post is part of an ongoing collaboration between The Changer and Dalia Research on surveying public opinion across Europe to shed more light on a range of social and political issues. To find out more about the survey and methodology, see daliaresearch.com/e28