These entrepreneurs have creative solutions to the most challenging social problems facing Germany today.

After being wowed by 2015’s social entrepreneurs to watch, we’re back with our 2016 edition. (For those of you who missed what our 2015 entrepreneurs got up to - check out this "Year in Review" article.)

Together with our partners at Impact Hub Berlin and Ashoka PEP, we’ve rounded up our top social businesses to watch. From sustainable package delivery to refugee integration, these entrepreneurs have creative solutions to the most challenging and urgent social problems facing Germany today.

Diverse in their approaches, they all share a common will to improve the status quo. Their passion, drive and commitment is exactly what earned them a spot on this list.

So without further ado, here are our 2016 social entrepreneurs to watch! 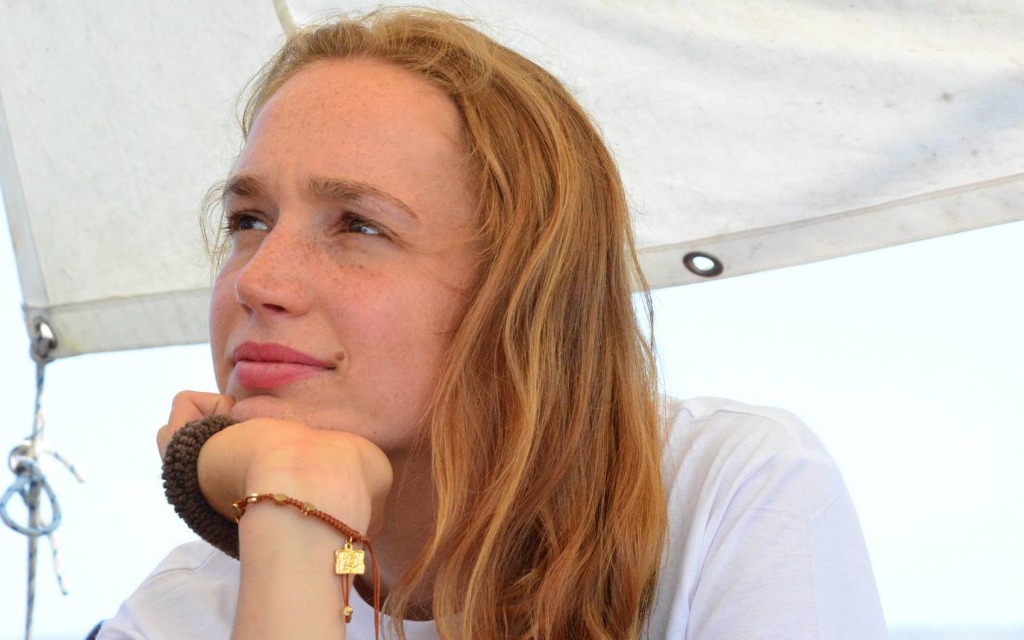 Paula is gung-ho about mobilizing tech, business and social innovators in order to create solutions that change the frontline of migration.

Her newest endeavor, StartupAid, launched in November 2015. StartupAid is an impact accelerator that supports digital solutions around the world in growing their social impact. It’s mission is to bring humanitarian aid from offline to online. Watch this space, you’ll certainly be hearing more! 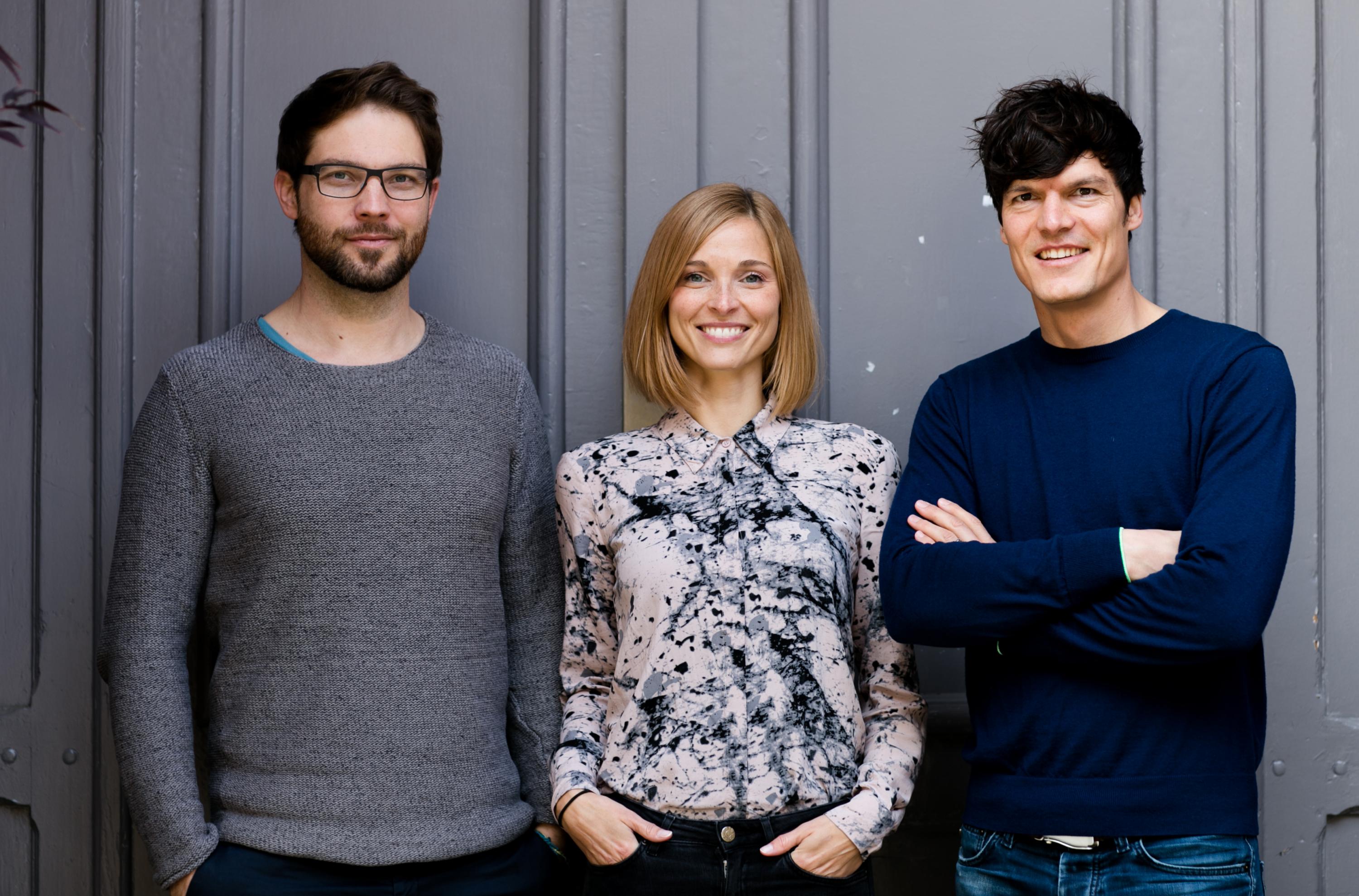 In a world that’s obsessed with social networks, we’re becoming more isolated than ever. nebenan.de wants to change that. The new platform, which launched in December 2015, offers local communities and neighborhoods a platform for building and maintaining neighborly relations. Whether connecting with others based on similar interests or skill-sharing, the six founders want to help people to improve their quality of life by creating a space that fosters a shared sense of community and well-being, both offline and online. 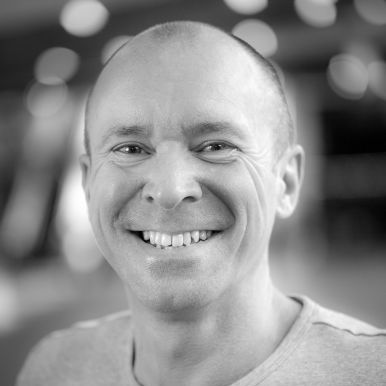 ImagineCargo is a Zurich-based social business that has been active since 2012, but plans to expand to Germany in 2016. Founded by Nick Blake, ImagineCargo is a sustainable courier service that claims to reduce CO2 emissions by 99%. How? The solution lies in combining two systems: ImagineCargo uses a Bike-Train-Bike approach, instead of Truck-Plane-Truck. You can call a courier and send your package on its environmentally friendly way - imagine that! 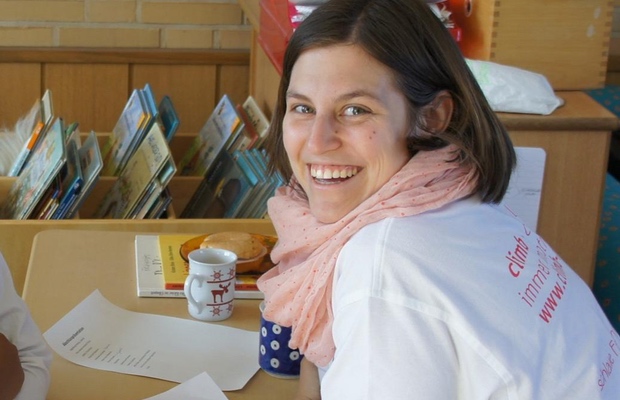 Climb! is a Hamburg-based social business that uses climbing as a tool to educate and empower children and young adults. On the rope course, Climb! helps individuals recognize and develop their strengths, both mentally and physically.

In 2015, Angela Markel presented Charlotte with the StartSocial Engagement Award and Charlotte also participated in the PEP Teilhabe Wirkungsschmiede. Rumor has it that she may be doing something big with one of the German welfare organizations (Wohlfahrtsverbande) in 2016. I guess we’ll just have to wait and see! 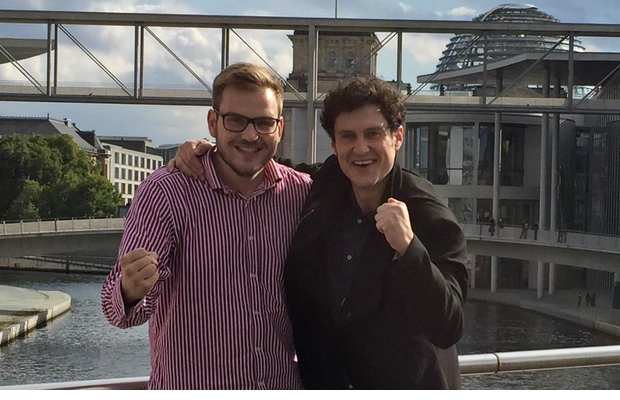 Vincent, a serial entrepreneur, and Markus, experienced in alternative concepts of university and education, are the founders of Kiron University. Kiron aims to provide refugees with a free university education so they are empowered to build a better future for themselves.

In 2015, Kiron University took the Berlin socent scene by storm - raising over 600,000 EUR in their crowdfunding campaign and gaining media coverage from media outlets around the world. With the funds and a strong brand in place, we can’t wait to see what these two get up to in 2016! 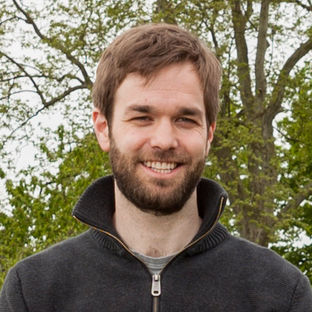 Ackerdemia is a non-profit and independent organization that aims to raise awareness surrounding food production and healthy living. Together with local partners, they develop social and sustainable concepts that benefit the individual and the environment.

One such program is GemüseAckerdemie, an education program that works with schools and local farmers in order to educate children about growing and harvesting vegetables.

The Ackerdemie launched in 2013 and now has programs in Berlin, Brandenburg, Niedersachsen, Nordrhein-Westfalen and Bayern. As of now, 23 schools are participating, but that number is growing rapidly. 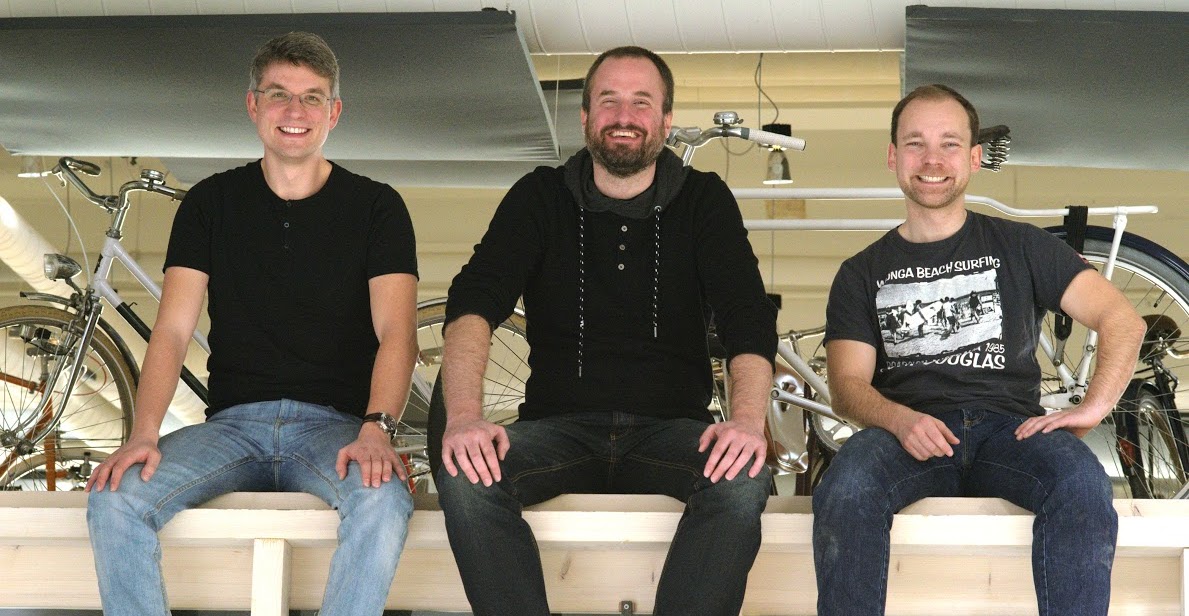 SWOP-Team is the first charity flea market app that transforms material goods into cash donations. Users can post their unwanted items on the platform and other users can claim them in return for a cash donation. These cash donations are then given to charities/NGO’s and they can use the cash as they see fit. The result? Goods are recycled and NGOs get flexibility in allocating project funds. Win-win!

Our sources hint that they’re fresh out of a funding round, so we’re curious to see what 2016 brings for the SWOP-Team. 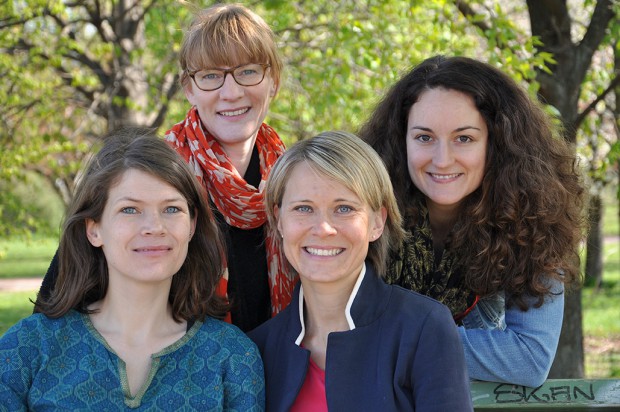 What’s the latest concept hotel in Berlin? Hotel Utopia. When it opens its doors, Hotel Utopia will be run by people with refugee backgrounds, providing them with jobs and vocational training in hospitality and gastronomy. Hotel Utopia wants to put a twist on a familiar story; in a clever turning of tables it allows people who have fled their homes to take on the role of hosts.

Since winning the Act for Impact Award in 2015, the four founders have been busy securing a space in which to open their hotel. Let’s hope we’ll be booking a room soon.

Civocracy is an online platform for engaged political and social discourse. Their aim is to create a network that sparks discussion, harvests innovation, and creates real engagement. Civocracy partners with municipalities, creating direct communication channels for citizens to participate in their local community. They have just signed their first municipality in Germany, the city of Potsdam, and will be launching with them in the coming weeks. Their goal is to raise the level of political and social discourse worldwide.

They have just secured funding and are now gearing up to really grow the community and platform. 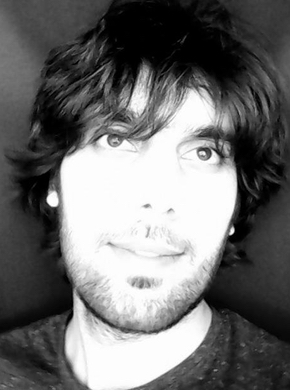 Mozamel left Afghanistan in August 2014. Since then, he has experienced first-hand the challenges that refugees and migrants face in finding a job. Migrant Hire is his response. Together with his co-founders, he is building a solution that will not only show migrants a job vacancy, but break down the barriers needed for them to get hired.