Could a Museum Help Shape the Future of the Mediterranean?

The Museum of European and Mediterranean Civilizations (Mucem) in Marseille plays an important role in shaping the future of a region marked by great diversity and connectivity.

Adrien Joly, Director of Development, talks about the rough spirit of Marseille, the unifying role of the Mucem, and the importance of working with local communities. 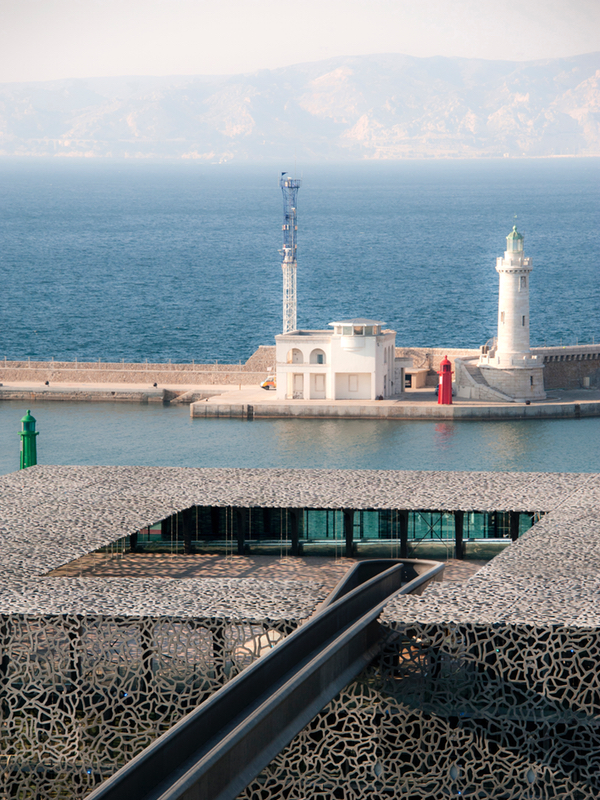 How is life on Planète Mars – as many people in France call the city of Marseille?

Adrien Joly: Marseille is more a Mediterranean city than a European city – in terms of population, history, and its connection to Northern Africa and Southern Europe. It’s a lively oriental city and very intense!

What is the difference between Paris and Marseille, where – according to the Lonely Planet – grit and grandeur coexist seamlessly?

Adrien Joly: In Marseille, people live in the heart of the city, which is sometimes a challenge for tourism, because it can get rough: poor people, wealthy people, they all live together – and you can definitely sense all the different communities. On the other hand, this spirit makes Marseille so special. Apartments in the center of Marseille are still relatively affordable, which is completely different in Paris, where only very rich people can now afford to live in the center. The heart of Paris is populated by elites, the rest of the people live in the suburbs. 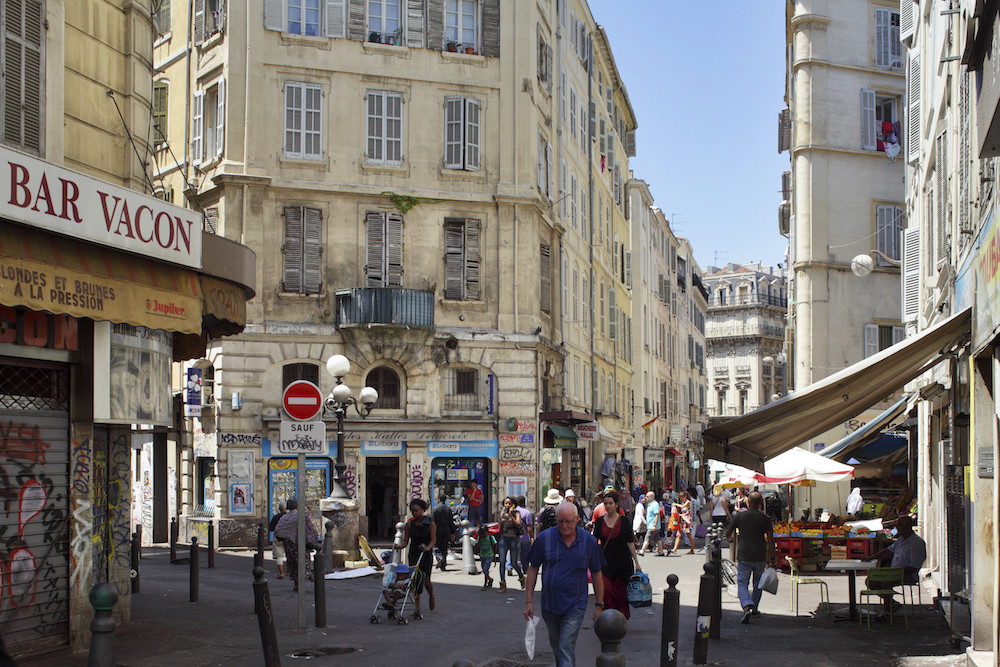 We are living in an age of connectivity, and the Mediterranean Sea does not only separate Southern Europe from the MENA region, it definitely connects them, too. What does the future hold for this region?

Adrien Joly: In today’s world, where 99 percent of the digital connection passes through undersea fiber optic cables, the geographic location of Marseille provides good connections not only to Northern Africa but also to India and China through the Suez Canal. The future of Marseille has a lot to do with this great connectivity. The city is already a major hub for databases. International companies are investing right now.

Adrien Joly: Certainly both! If you look at the last 2,500 years, it is more a cradle of civilization. Of course, there were also traces of human conflicts but they were almost insignificant compared to the commercial and cultural exchanges going on.

What is the story behind the Mucem?

Adrien Joly: It goes back to the Museum of Popular Arts and Traditions, created in Paris in 1937. This museum was not very successful. In the year 2000, it had only 30,000 visitors per year, which is poor compared to other national institutes. So the Ministry of Culture decided to close it and reopen it somewhere else. They chose Marseille, because at that time it was a national priority to develop this city.

You just rebuilt the same museum somewhere else?

Adrien Joly: Not at all! The decision to move implied that we had to create a completely novel structure. You cannot show popular French culture if you are based in Marseille surrounded by Mediterranean peoples with very different backgrounds. This way, the Mucem became the Museum of European and Mediterranean Civilizations.

And it became a great success story.

Adrien Joly: Yes, but this was such a surprise! A lot of our colleagues in Paris told us: The museum in Marseille will never work, because people in Marseille only go to the beaches. We had almost 2 million visitors in the first year alone. Now 1,5 million visitors come on average each year.

Where do they come from?

Adrien Joly: 80 percent of our visitors are French and half of them come from the region. Only 20 percent are tourists. If you look at the museums in Paris, it is the exact opposite. 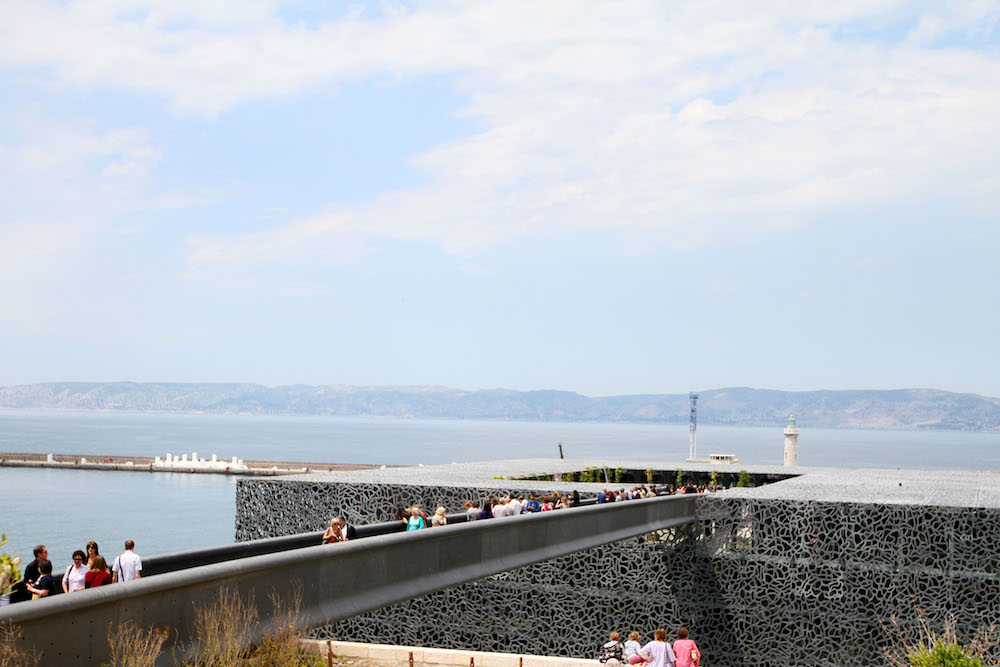 Why have people loved the Mucem from the beginning?

Adrien Joly: We did not try too hard in terms of international marketing. Instead, we worked with the local communities and gave them ownership. They take a lot of pride in the museum. If you live in Marseille and have friends coming over, it is a natural thing to take them to the Mucem.

The museum claims to help shape the future of the Mediterranean. How do you plan to do that?

Adrien Joly: We are only a museum and shaping the future of the Mediterranean is quite a task! But it is true that we do exhibitions that try to present a vision for our region. For example, we once did a show on the three main monotheisms. We talked about holy places for Muslims, Christians, and Jews and about things they share. It was very interesting for the people to realize that the Virgin Mary, for example, is not only an important character in the Bible but also in the Koran. This exhibition was very successful and it traveled to Tunis to get the message across the sea.

"We do exhibitions that try to present a vision for our region."

How can a museum act as an identity-establishing space for such a diverse region?

Adrien Joly: Everything we do only makes sense in an international context. For example, we are trying to build a network of museum professionals along the shores of the Mediterranean. We train curators from Egypt, Algeria, Morocco to learn more about how to run this kind of museum. This is very concrete and can help those museums to mature.

How does the new Ai Wei Wei exhibition fit into the approach of connecting cultures in the Mediterranean?

Adrien Joly: Ai Wei Wei pays homage to his father, Ai Qing, the famous Chinese poet who discovered the West in 1929 upon disembarking at Marseille, on the docks of La Joliette, precisely the spot where the Mucem is located. With this show Ai Wei Wei tries to evocate the stories his father told him about Marseille. His creations, placed in parallel with the collections at the Mucem, invite the visitors to question opposing notions such as East and West, original and copy, art and craft, destruction and conservation. Ultimately, it is about your own perspectives. 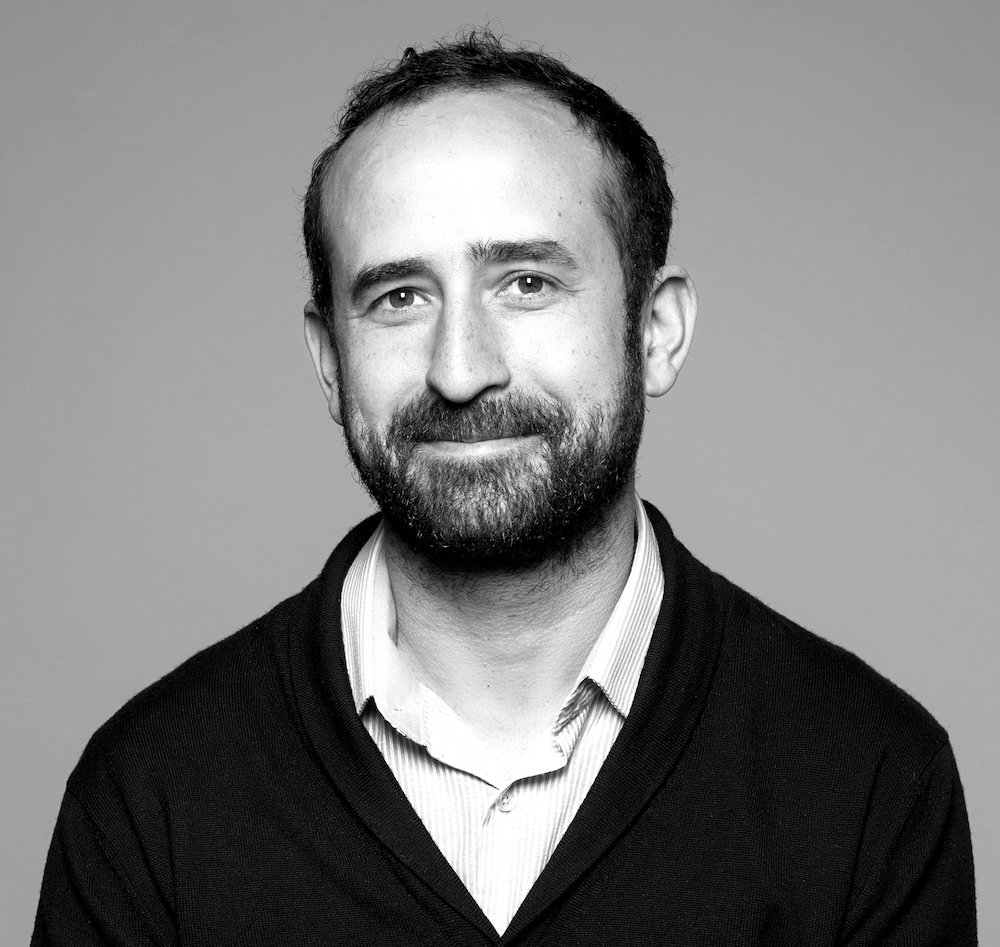 After training as a historian with a Master's degree in arts and culture, Adrien Joly began his career working for the Royal Pavilion's visitors service in England in 2003. He then joined the team of the Château de Versailles during the presidency of Jean-Jacques Aillagon where he was in charge of sponsorship.  In 2012, he started to work for the Mucemteam as the person responsible for communication and sponsorship. Since 2014, he has been head of the museum’s Department for Development.