“It Was a Toxic Political Environment”

Like no other city in the United States, Detroit stood for industrial rise and fall. The Detroit Declaration played a role in beginning to reverse the trends of decline through supporting progressive, engaged, and accountable elected officials. Attorney Matthew Clayson was part of this movement from the very beginning. As a member of the Transatlantic Core Group, he now aims to apply these lessons learned to engage citizens in a movement to strengthen transatlantic relations. 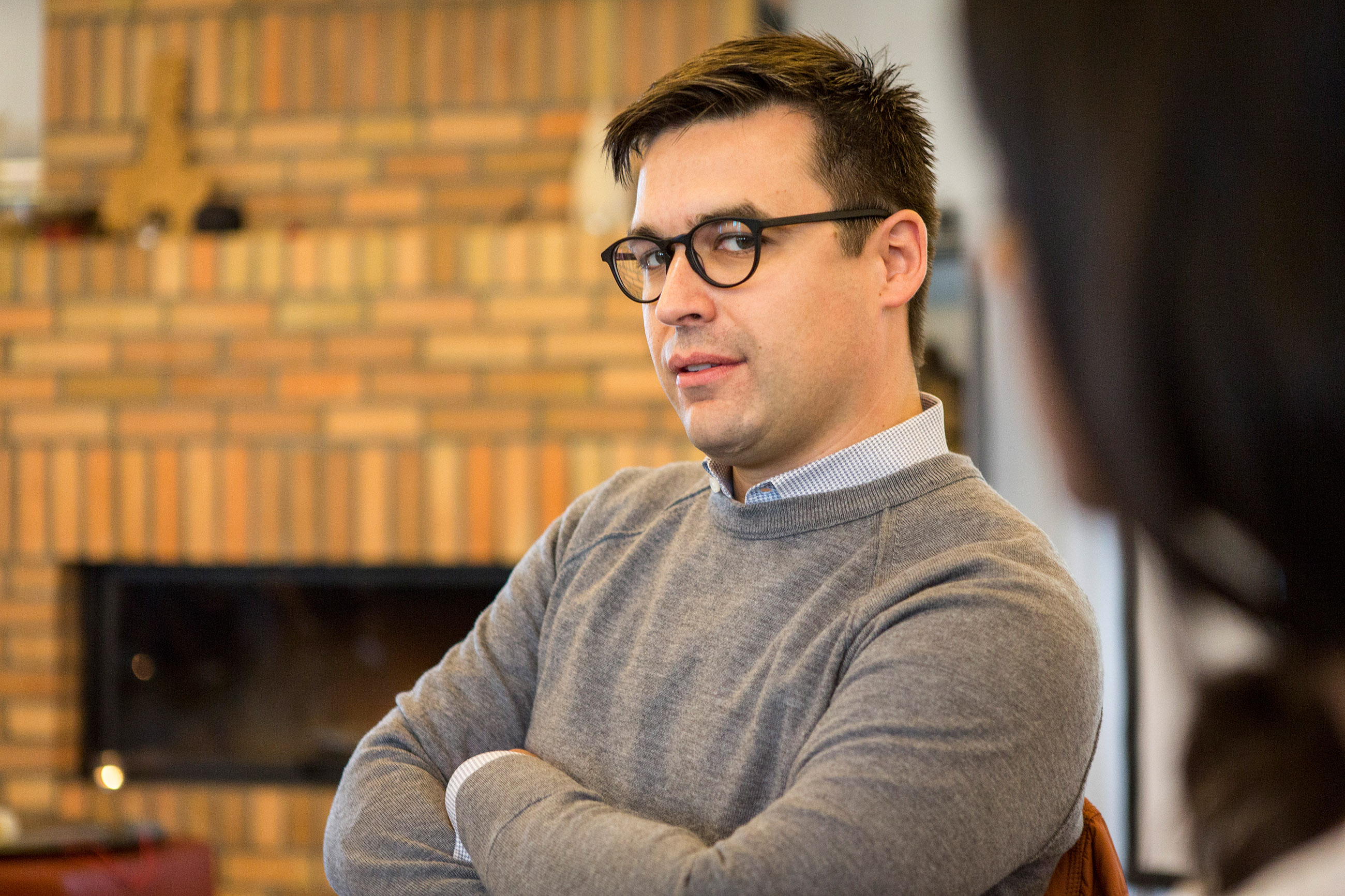 Going back to the time when Detroit was a synonym for decay, could you describe the situation that led to drafting the Detroit Declaration?

Matthew Clayson: In the early 2000s, we did not have a productive dialogue between politicians and citizens about good policy. Our politicians resorted to intellectually lazy messages and platitudes, such as “safe streets,” “jobs for everyone,” “good schools.” The messages were not supported by any sort of vision or goals. As a result, we did not have high expectations for our elected officials and did not hold them accountable. And they got complacent. We had City Council members taking bribes from city contractors in the form of boxes of sausage; personal insults around the council table were regular occurrences; our mayor was convicted of mail fraud, wire fraud, and racketeering by the federal government. He remains in federal prison. It was a toxic political environment, and everyday citizens were sick of being embarrassed by bad politicians and their bad policy.

So what did you do?

MC: First, we recognized the problems and developed consensus from a representative body of community leaders as to the root causes of those problems. Then we worked to develop a new dialogue about policy and how good, clearly articulated policy objectives can impact the quality of life in Detroit. It manifested itself in the form of the Detroit Declaration – 12 principles for a prosperous Detroit. This declaration was supported by the Declare Detroit movement: a coalition of 15,000 engaged citizens dedicated to advancing the principles of the Declaration in civic life and electing candidates who will advance those principles in political life. Our final aim was to identify and mobilize a generation of new politicians around the Declaration and its principles. The Declare Detroit movement supported them with candidate workshops, volunteers, donors, and publicity. 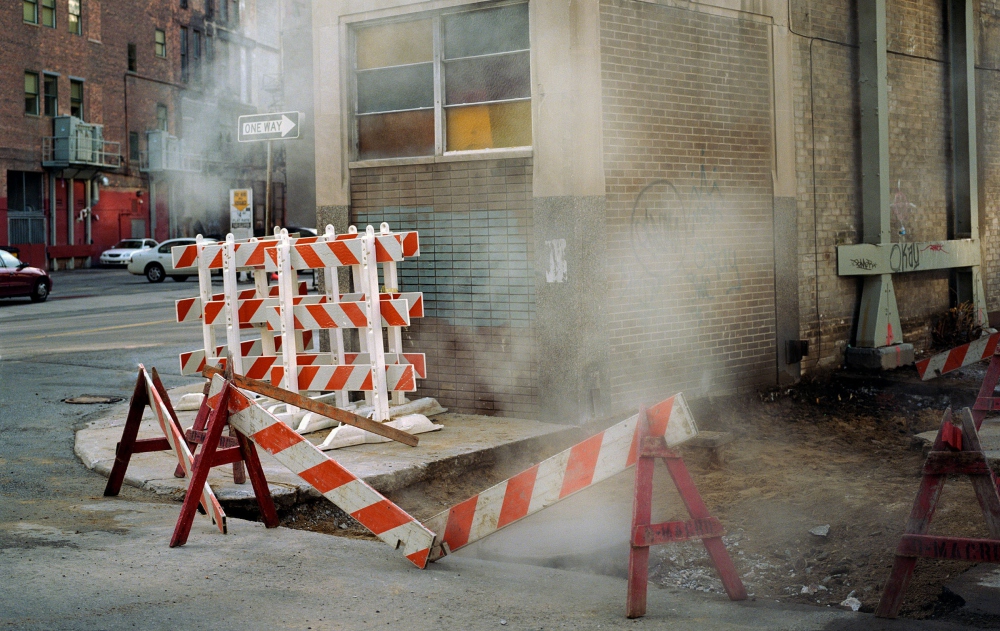 How did your visions transform into the Detroit Declaration?

MC: Throughout the process, stewards of the Declare Detroit movement remained volunteers who were virtually organized. We developed our vision via a series of weekly dinner meetings between community leaders, and we transitioned to articulating principles to support the vision and related resources that each of us can provide to build the movement. All decisions were made according to a consensus model, ensuring all stakeholders were committed to next steps. In early 2010, this process paid off. And we were able to launch the campaign on social media. I remember that we hoped to get 100 or maybe 200 signatures. By the end of the day 16,000 people had signed the declaration, and we had 12,000 Facebook likes. This was our movement. It exceeded our expectations.

Do you see any similarities between your movement and the Transatlantic Core Group?

MC: The Detroit Declaration evolved out of an open and fluid process of the network. This work flow is very similar to the process used by the Transatlantic Core Group. In some ways, it is a process that mimics design thinking: first, one has a hypothesis and builds stakeholder support around the hypothesis; after that, one can test a prototype of the hypothesis in practice against a sample group. If testing demonstrates that the hypothesis is valid, then the initiative can scale.

Transatlantic Core Group
The Transatlantic Core Group aims to rebuild the transatlantic relationship on a new footing: By focusing on innovative solutions to social and political challenges on both sides of the Atlantic, leaders from the United States and Germany explore new areas of possible collaboration beyond traditional foreign and security policy cooperation.

What happened after the launch of the Declaration?

MC: As mentioned earlier, we positioned the Detroit Declaration to identify a new generation of leaders willing to run for elected office who were aligned with our principles. We put them through political training: how to design a political campaign, what metrics they need to focus on, how to knock on doors and raise money. We then supported the campaigns via fundraisers, publicity, and volunteers to keep candidates committed, motivated, and accountable to declaration principles and community needs. Today, we can see the outcome: a new cohort of city counsellors and state representatives who are accountable to their constituents, to each other, and to good policy.

How did you finance all this?

MC: Declare Detroit remains a volunteer-led movement with no operational overhead and no organizational budget. The money we raised for campaigns was raised via private fundraising events and house parties. Candidates we supported received on average $5,000, a good starting point to give us a voice at the table.

Were there any other positive impacts?

MC: Of course, the biggest impact was the change in political discourse: a discourse accountable to the people of Detroit, structured around clear, measurable goals and clear outcomes. 65,000 new energy-efficient streetlights. An overhauled emergency management system. The re-opening of scores of neighborhood parks. A modernized bus fleet. Once the political environment stabilized and day-to-day services improved, business and investors took note and new industries emerged, resulting in new jobs and opportunities for Detroiters. While our road to economic recovery is long, we have made substantial progress in developing a foundation for accountability and renewed civic interest in policy, which has led to improved services, more jobs, and stronger communities. The Detroit Declaration has contributed to that progress.