This article originally appeared in June 2016.

After apartheid, many South African youth lack a sense of self, often passed on from their parents who were oppressed and marginalized for much of their lives. LifeCo UnLtd works to overcome these psychosocial issues by reinforcing people’s critical thinking, purpose-detection and entrepreneurial mind-set. Their goal is to develop a more humanized, purpose-oriented individual.

Through its work with schools and universities, LifeCo UnLtd SA has reached more than 80,000 youth and young adults, while also offering hundreds of entrepreneurs funding and support. It was named one of the top-ten most trusted NGOs in South Africa.

Patmanathan “Pat” Pillai is the Founder/CEO of LifeCo UnLtd SA and an Ashoka Globalizer Fellow. We recently caught up with Pat in Munich. In this honest interview, he speaks about his youth on the Cape Flats, what he learned when his organization almost failed and how individuals can foster higher emotional intelligence.

" I wish we had something like that when we were just a bunch of kids on the Cape Flats." 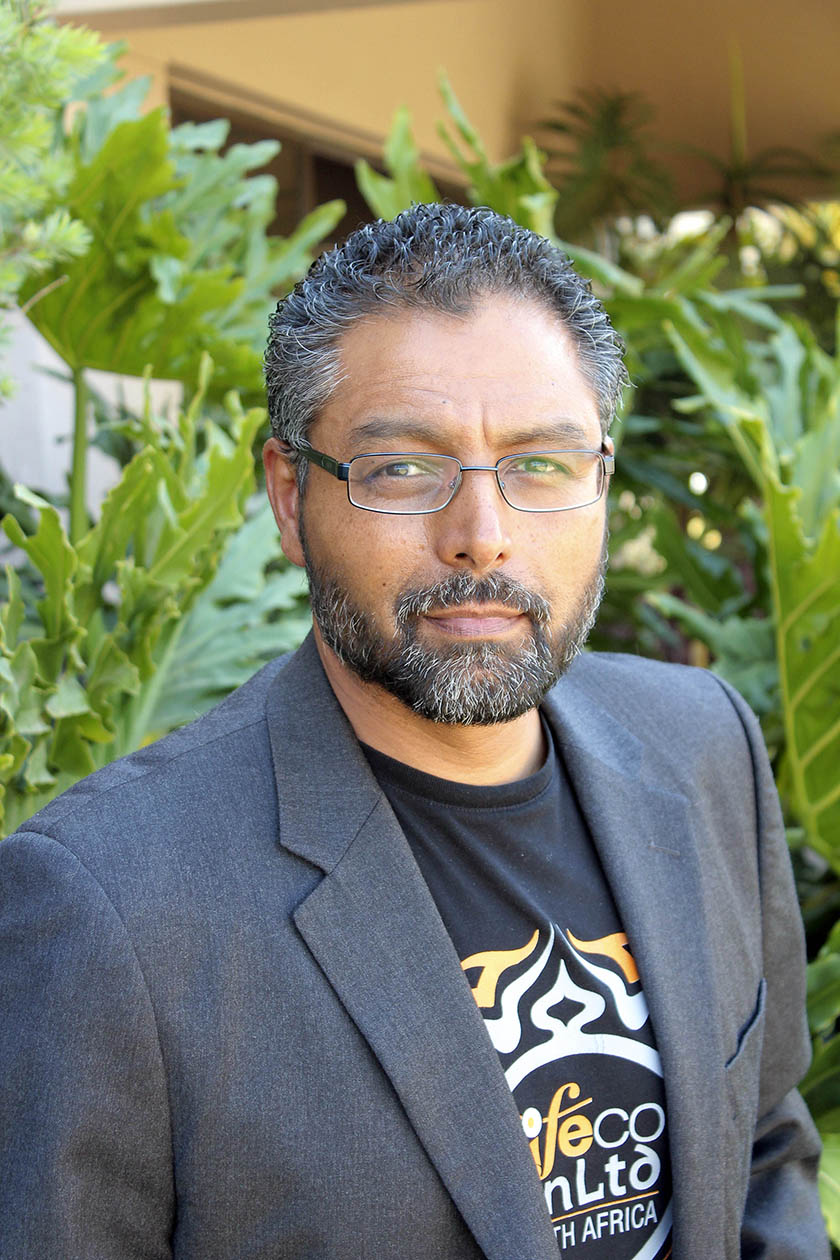 Tell us about LifeCo UnLtd SA – in a nutshell, what is it that you do?

We invest in people for enhanced enterprise and life performance. What that means is, we work with young people in schools and universities. And when they are ready to launch enterprises in the market, we fund and support them.

Where did your motivation for starting LifeCo UnLtd SA come from?

I grew up on the Cape Flats in South Africa which is a pretty rough neighbourhood. There's lots of poverty and drugs, but also a beautiful sense of community and family.

Living as a child on the Flats, I noticed this internalized oppression in myself. And I saw it in my siblings, my friends and in those who were around me.

I always wondered why it was that a few made choices that actually took their lives forward and many others seemed to take self-destructive decisions.

I couldn't understand it. My friends were intelligent. That wasn't the problem. But they still made self-destructive decisions. So few started businesses. When I heard of people in my family, who were addicted, who were criminals and in jail, I wondered: Why?

I loved my family. I always will. So what on earth are some of them doing in jail? Why did they make such bad choices? I was confused by it.

So when I grew older, I wanted to build a process that I wish I, my siblings and my friends had when we were in school. I launched LifeCo because my son was born and I knew he had to have a different experience. That’s the motivation. It's as simple as that.

I wish we had something like that when we were just a bunch of kids on the Cape Flats.

What do you think you can teach young people apart from what the schools and universities already do?

Universities and schools are there to provide formal qualifications. With LifeCo UnLtd we bring practical experience and capital to the students. We want them to try it, do it, build it – long before they go into the market.

Do you think the model of LifeCo UnLtd can work in other countries?
Or is it tailored to specifically fit the challenges posed by post-apartheid South Africa?

There's definitely a global need for younger people to be exposed to market experiences in practical terms - while they are still in school. But surely every country has its own specific context.

Under apartheid we had a destructive system that took care of a few people – white South Africa – while pretty much abusing and suppressing the freedoms of everyone who wasn't white.

So after Nelson Mandela led the new democratic government in South Africa, there was not just a need to bring about political and economic freedom but to reinforce psychosocial freedom.

A system of oppression actually resides in the psyche long after democracy comes. People can't realise the full extent of their political and economic freedom if they are internally depressed. So after apartheid, many young people are lacking a sense of self, often passed on from their parents who were treated like half-human beings or non-human beings for much of their lives.

What LifeCo UnLtd does is to work on the psychosocial aspects by reinforcing people’s critical thinking, purpose-detection and entrepreneurial mind-set. We exist to develop a more humanized, a more purpose-oriented individual.

Entrepreneurship is a state of mind. Only when you get that right, can you build an enterprise.

Can you share a little more about your model of “psychosocial” education, how does it differ from other educational models?

LifeCo UnLtd strives to achieve a psychosocial well-being for people as young as possible. Our school system just doesn't do that well enough. That's the reason why Ashoka contacted us about ten years ago. They are looking for people who bring about systemic change.

In the psychosocial process of going through our four programmes, we are very clear that the students must practice. If you simply read and reflect and do nothing else, you get yourself into a situation you can't get out of. You must act. Do. Learn and redo.

So you really get up, develop the concept, invest and you run a project. And as you are doing it, you need to reflect on yourself. What are you gaining? What are your thought patterns? What are the team dynamics? We continuously encourage our students to apply the theory to their own life.

And as they get older, we start saying: right, now start running your own projects – with your own money. It's amazing what capital does when you say to a young person: there's a small amount of money – go and do something about that opportunity you saw.

It's the satisfaction of knowing: I tried it. I did it. I built it. I actually delivered something. It builds enormous confidence.

" Entrepreneurship is a state of mind. Only when you get that right, can you build an enterprise."

Your first attempt at starting something like LifeCo UnLtd SA failed. What did you learn from this experience and what motivated you to try again?

There have been horrible failures. The organisation almost died in 2004. We couldn't even pay our staff. But all that makes me more stubborn. There's something we did wrong – okay, now learn - let's do it right.

Sure, it can be soul destroying. But the next moment, the next morning, the shadow is gone.

I think my passion for the work we do today was seeded in my childhood. As a child, you don't reflect on those things. But now I realise, it all evolved out of my confusion as a child. I loved my brothers and my sister. And I saw them struggling with things. So it all happened out of a sense of love and care for my siblings in the Cape Flats. Seeing them struggling, observing that my sister was battling with a sense of identity and my brother was battling with drugs. I think my motivation was seeded there. And then LifeCo happened.

On a personal level, how can we as individuals foster higher emotional intelligence?

It's a combination of things. It is your own willingness, wanting to be all you can be. To imagine a better life for yourself and to see the stairway to get there.

Any person's success is a combination of many things. LifeCo UnLtd is just one strand in that journey. We try to imagine the top of that staircase. We connect with every individual's dream and navigate them through obstacles on the way. To achieve this you need a higher Emotional Intelligence quotient. Individuals grow their EQ by reflecting and doing – then refining.