64% of Europeans in Favor of Basic Income

A study with 10,000 people across all 28 EU countries finds majority of Europeans are in favor of a basic income.

Basic income has been a widely debated topic in recent years. A basic income is an income unconditionally paid by the government to every individual regardless of whether they work and irrespective of any other sources of income. It is provided to everyone, regardless of need. It replaces other social security payments and is high enough to cover all basic needs.

The center of the on-going discussion is whether or not enacting basic income will help create more innovation and allow citizens to pursue meaningful careers without having to worry about basic living costs, or would it foster a culture of unemployment?

In a previous article on basic income, we discussed an organization, GiveDirectly, that is trying to permanently end poverty in across villages in Kenya through basic income. Today however we are presenting you with the opinions European Union citizens have on basic income.

Basic Income Study Facts:
Dalia, a company focused on utilizing mobile technology to change the way attitudinal data is collected, analyzed and presented, conducted 10,000 interviews with people ranging from ages 16-65, across 28 countries, 21 languages and 500 cities to discover what Europe thinks about basic income.

"64% of Europeans are in favor of a basic income."

The survey found that a majority (64%) of Europeans are in favor of a basic income. Only 24% would vote “No” and 12% would would abstain from voting in a basic income referendum. The study showed that there was a strong correlation between those familiar with the concept of basic income and the willingness to vote in favor of it. 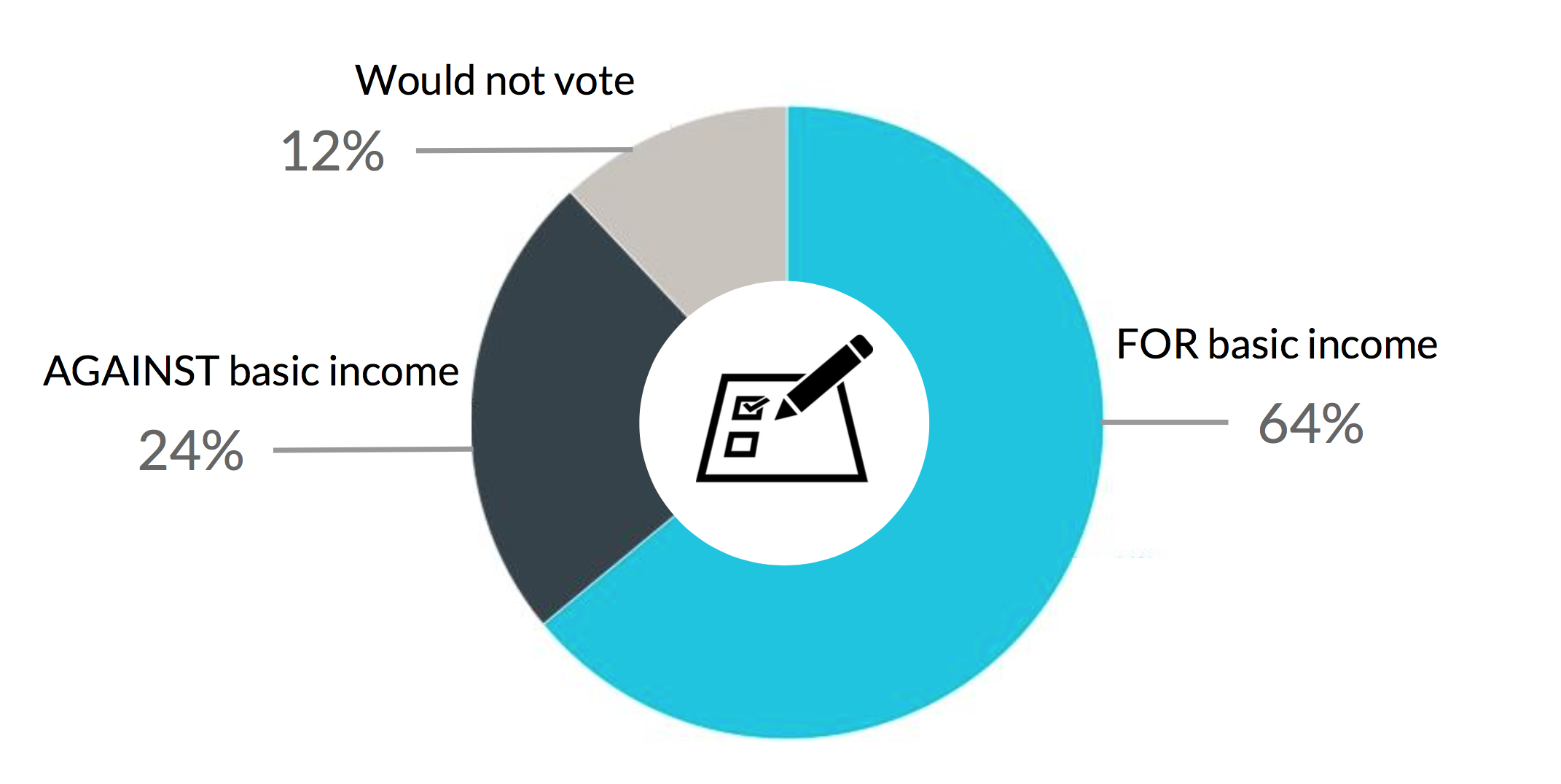 When split between the six largest countries in the European Union, Spain's citizens voiced the most support with 71% in favor of basic income. France had the lowest supporting percentage at 58% and Germany sits in the middle with 63% voicing support for basic income. 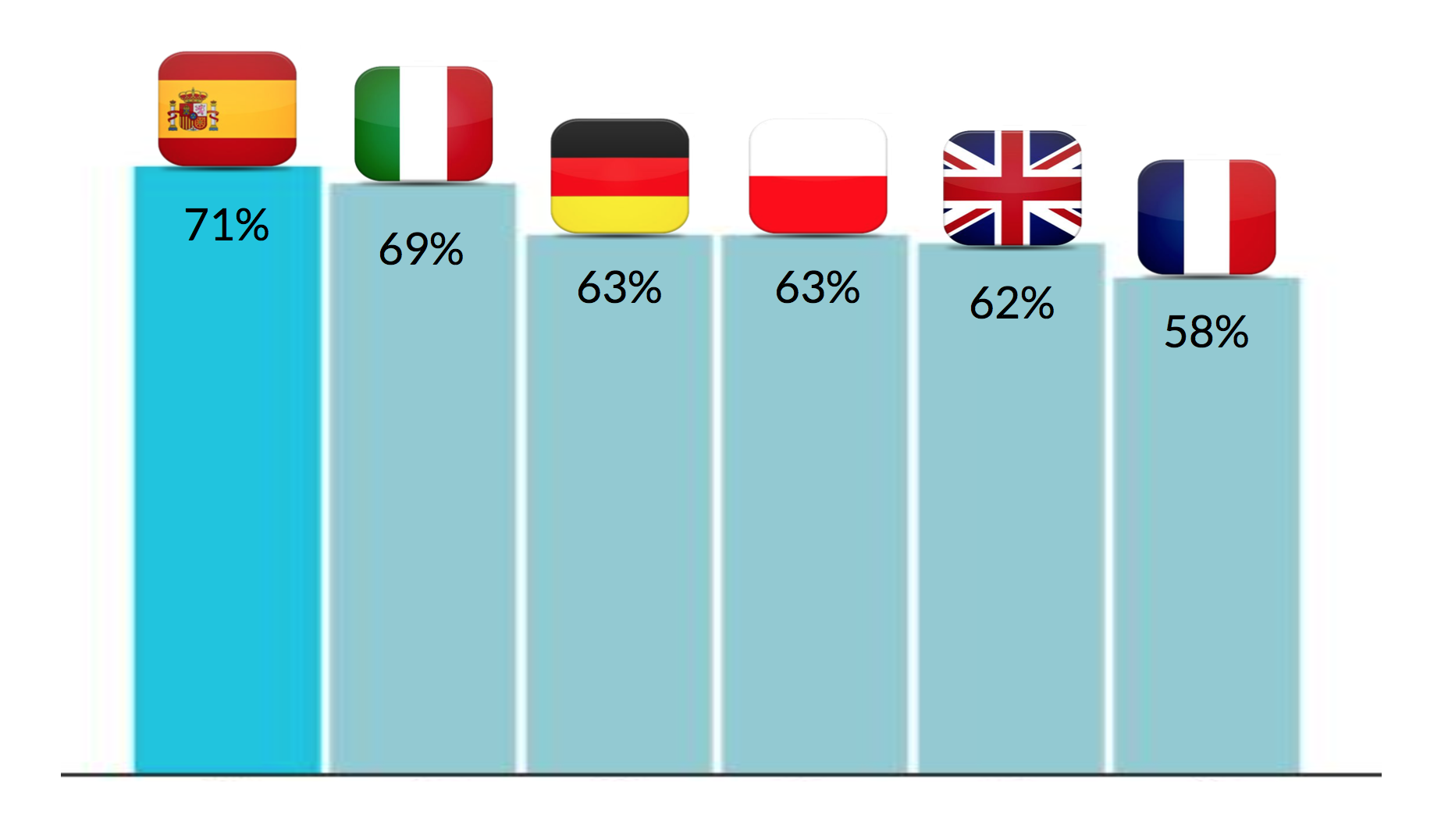 When asked what the biggest hope for enacting basic income was, the top answer (40%) was that it would "reduce anxiety about basic financing needs." The second hope for basic income would be that it creates more “equality of opportunity." 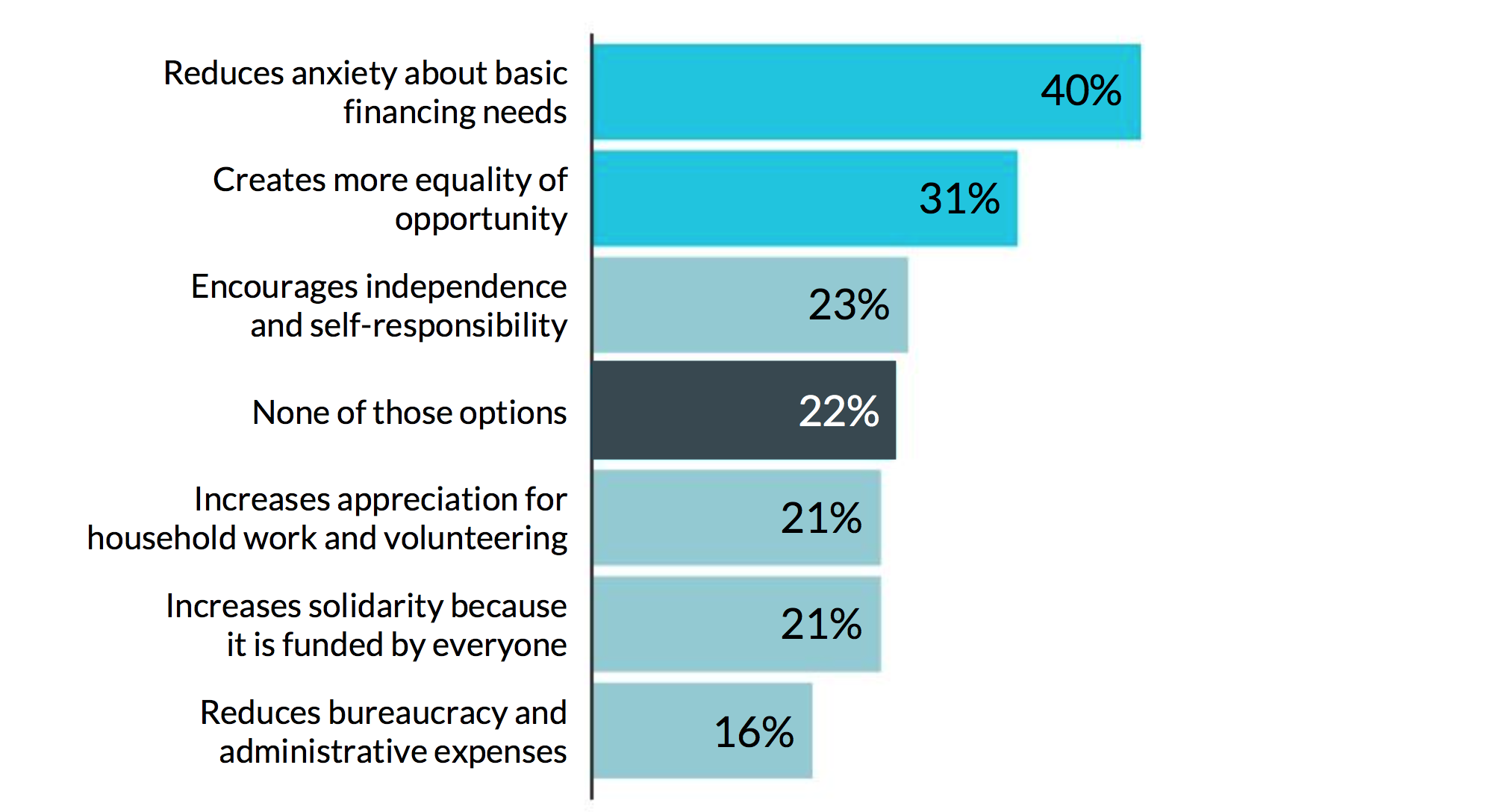 On the other hand, when asked what the biggest fear about enacting basic income was, 43% stated that it would "encourage people to stop working," followed by "foreigners may come to their country and take advantage" at 34%. 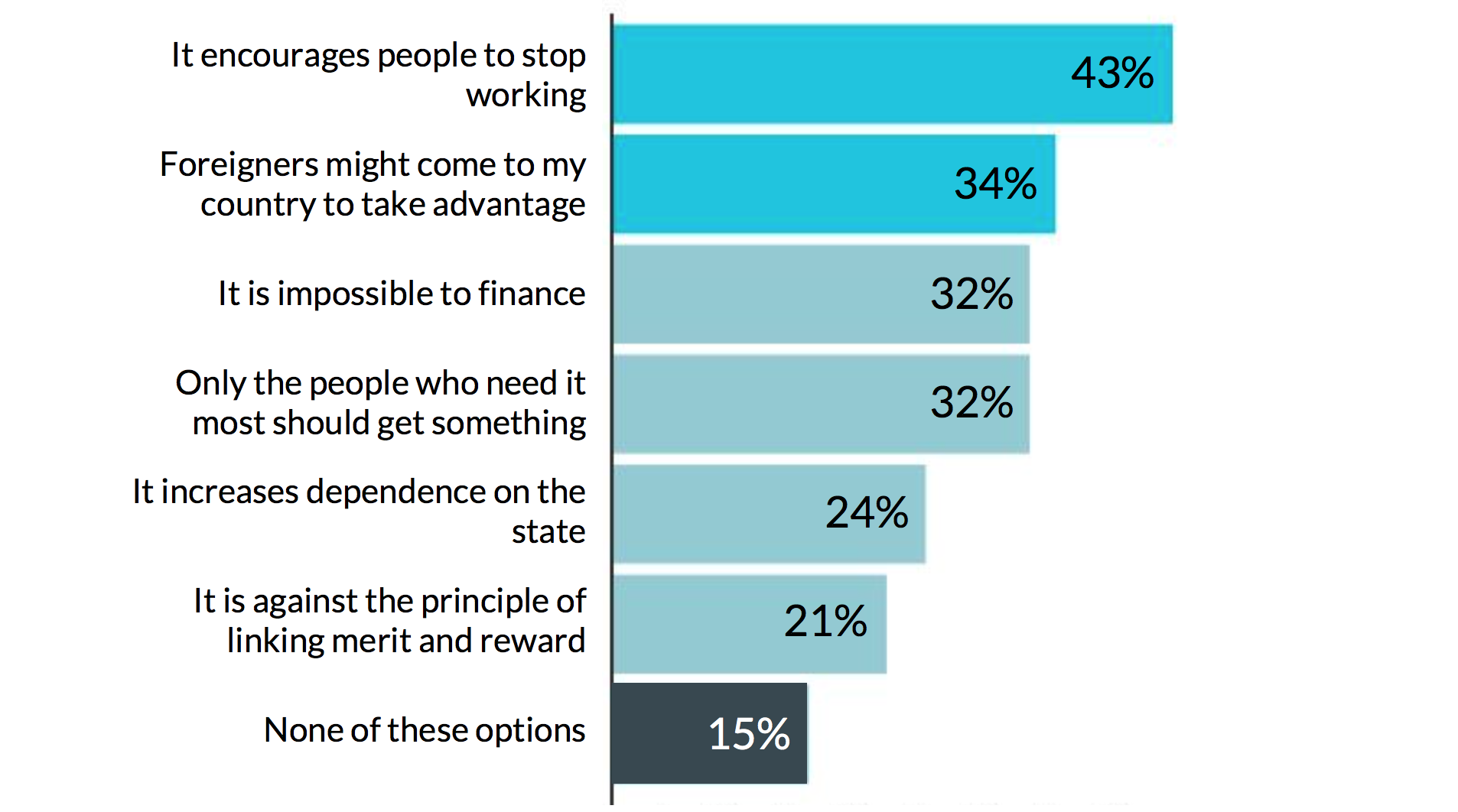 The survey concluded by asking individuals how basic income would affect their work, would they quit or continue to work? 34% responded that a basic income would not change their jobs at all, while only 4% said they would stop working.

This post is part of an ongoing collaboration between tbd* and Dalia Research on surveying public opinion across Europe to shed more light on a range of social and political issues. To find out more about the survey and methodology, see daliaresearch.com/e28