Our Purpose Journey: How It All Began

In the course of the last year we have moved from being a hierarchical organization to a self-organized one. How did we do it? This is our story.

In Are You Searching for Your Purpose? So Are We, we shared that we had embarked on what we call a Purpose Journey. We also talked about why we felt that it was necessary. Here we describe how we kicked it off by stepping back - with a retreat - and what we learned from it.

Last year in summer it was clear: We did not want to go on like this. Up to that point we had worked in the traditional way, more or less hierarchically, but the articles on our homepage were all about New Work and New Business. We wanted to resolve this contradiction and try out what it really is like to work in a self-organized way. The small changes we had introduced in the past were not enough. We needed a new operating system for the organization. We didn't just want to improve the status quo, we wanted to completely reposition ourselves: Power, ownership, and company structure would be picked apart and taken to new levels.

But how was this to be done? Is it possible to get back to ground zero and start from scratch?

Getting out of the hamster wheel

Our first step: get out of the daily business, get out of the office! We also knew that we would never make it on our own. So the second step was to get outside help.

So the team went into retreat. With a wonderful coach, Christine Hoenig-Ohnsorg, for support. We rented some rooms for a few days in the Coconat, a workation location in Brandenburg. This gave us the possibility to work together intensively and enjoy wonderful breakout moments, like an evening together by the fireplace or an “inspiration hike” to the highest mountain of Brandenburg (at 201m haha). 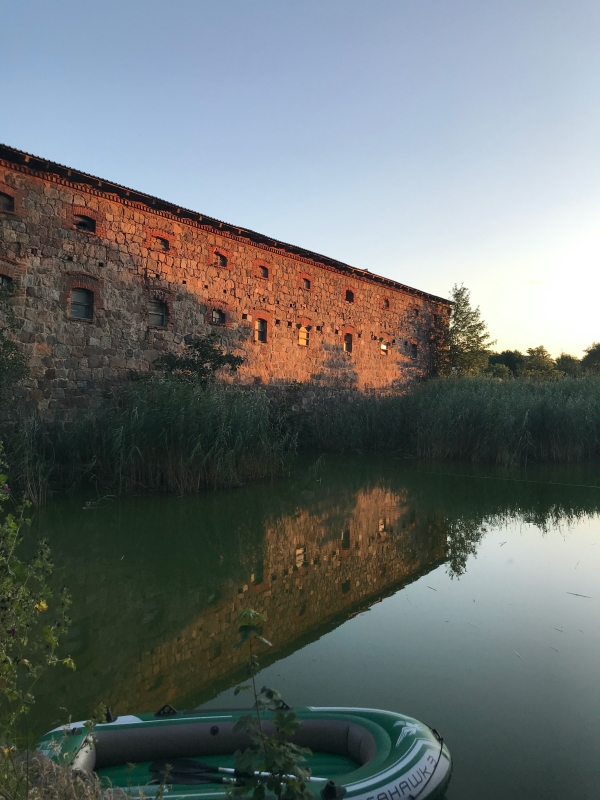 Under the professional guidance of Christine, we started with a personal snapshot: Where do we stand? This was painful, because we honestly expressed how we felt at that time: uncertain, exhausted, overwhelmed, and sad.

But together we also quickly realized where we actually wanted to go: We wanted to feel passion, depth, creativity, impact, appreciation and autonomy in our work. This led us to the questions: What structures do we need to have stability and freedom? What do we need to make work feel lighter, safer and more transparent? Who will take responsibility and for what?

Our strengths as the foundation

To find this out, we analysed our team based on our talents and strengths. Prior to the retreat, each one of us had done the Gallup Strength Test. We then presented each other's answers to the test. The results were amazing. We saw what we had in common: we are all very knowledge-oriented, learning is a value in itself, we need time for focus, we prefer to work on a project basis. But we also saw different focuses: One of us has her strengths mainly in the area of implementation, one has the focus on (interpersonal) relationships, one in the area of strategy. So we also noticed how well we complemented each other. This opened up a new basis for mutual understanding and appreciation.

The next step was to find out on which values our cooperation and our work was based and should be based in the future. To make implicit assumptions explicit, our coach asked us the following questions: 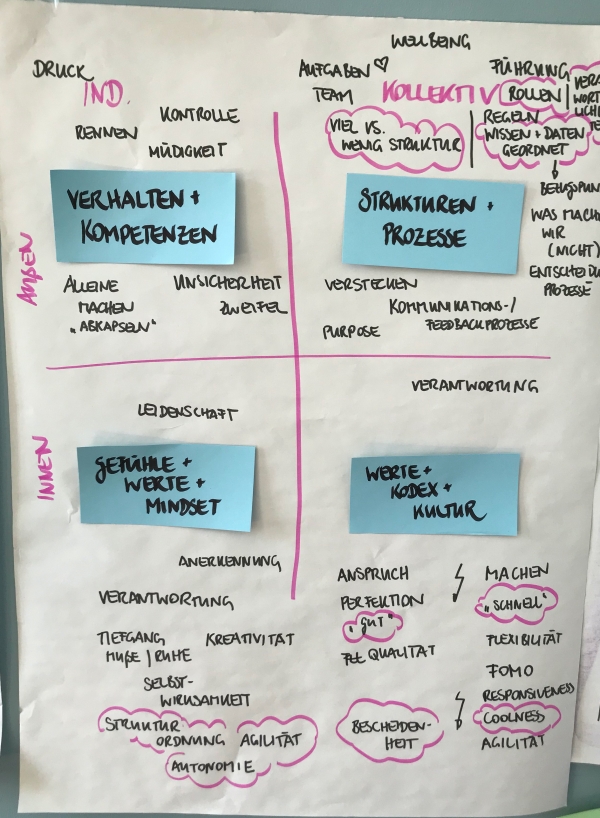 Concrete values crystallized out of our answers and we were able to cluster them and pick out the most fundamental ones. These now serve as an orientation for all of our decisions (you can read them here).

Christine gave us a lot of input on how we could position ourselves as a company in the future in order to work self-determinedly. To break down hierarchies, we wanted to create a role-based system. The roles are the tasks that are normally carried out by the Managing Director(s) of a company. As there are no Managing Directors in a self-organized company (or only in the legal sense), these roles need to be spread around the team. These roles (e.g. for strategy, finance, organizational development, ...) were divided according to our strengths. We then decided to write a Manifesto, following the example of Ashoka, to define rules for our teamwork and to record the role descriptions. We also gave ourselves a new meeting structure, which was particularly important since we had decided to work remotely. We created rituals to take speed out of our weekly business; to allow time for creativity, and to make the most of the time we had. The foundation for this was laid in retreat, but it took months of discussion, uncertainty and doubt before we completed the Manifesto.

You can read the result, our Manifesto, with all rules, structures and procedures here.

After we had got an idea of how we wanted to work together, we had to answer the following question: What do we want to do? What activities do we want to cut? What (still) feels good?

For us, the first step was to get rid of some tasks in order to take out some stress and speed. We decided, for example, that we would no longer do the persist* Summit, our career fair for the social and sustainable sector, which we had organized for 3 years in a row, and which was attended by upto 1000 people every year. We loved it but it drained our resources heavily for a large chunk of the year, and we felt like we could have more impact elsewhere.

Deciding what we didn’'t want to do anymore wasn’t that difficult. The difficulties began with aligning around our purpose and vision, i.e. what we wanted to do, what we could do and what would have the greatest possible impact. Despite many ideas, the scope was too big for this retreat. Nothing felt quite right and we didn't want to just throw ourselves into something new. We wanted to try out, test and evaluate ideas. Above all, we wanted to take our time and not put ourselves under pressure, so we decided to consolidate, organize, and prototype and revisit this question three months later, in our next retreat (more on this in the next article). 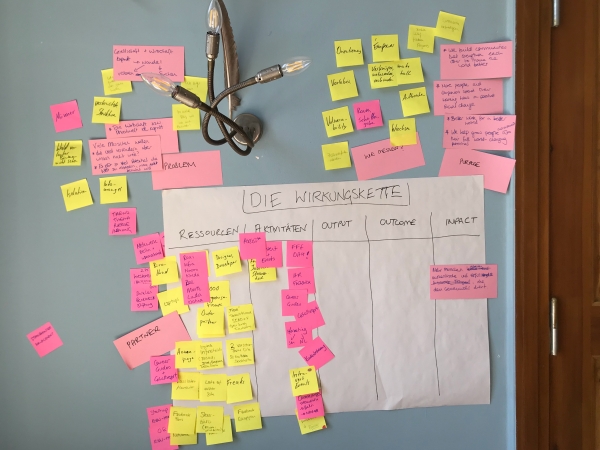 3 days retreat – What did it bring us?

The end of our time in Coconat had come. We were exhausted and all of us had the feeling that we needed time to process what had happened. But compared to before, we had one thing: hope! In addition, the mood in the team was positive again, the waves had calmed down and we had decided to make a double change: We were going to go remote and break down our hierarchies. This meant that our Managing Directors, Naomi and Nicole had to give up and let go of much of their power, while Sofia and Roxana had to move into completely new areas of responsibility. A challenge for everybody! We had laid the groundwork, but we still had no idea what would be involved in the implementation! More on this in the next articles.

What we learned at the beginning of our process:

In order to make a new start, it is necessary to get completely out of all daily business, at least for a while.

It makes a lot of sense to get external help in the form of a coach or consultant. Without neutral support, blind spots cannot be identified and there is a danger of sticking to old patterns.

After the kick-off, the real work starts. We, for example, plunged into a valley of confusion after the initial euphoria. Giving away power and taking power are processes that lead to great uncertainty. This should not be underestimated. All those involved have to deal with themselves and the organisation. New Work needs Inner Work! (See also the book by Joana Breidenbach with this title)

Change is a process. It requires time, patience and endurance. We have been in the process for over six months now, and we are constantly learning, improving and adapting. We are far from being at the end of the road and continue to do team coaching every 2 weeks. The process has demanded a lot from us as a team: we had to get out of our comfort zone, trust ourselves, be honest with ourselves and our needs, relive old conflicts and take responsibility. But we all learned a hell of a lot!

Of course it helped that by this time we had a solid financial foundation and business model that allowed us to do all of this and we are very proud of that. And of course our team was very small, so the costs remained low. We are aware that not every team can afford such a retreat. How amazing it would be if organisational development processes would be funded too. Especially for non-profit organisations, who often work with minimal resources but can benefit immensely.

Our retreat was particularly successful because of our coach Christine, who responded so wonderfully to us. From the beginning she established an environment of deep trust. She helped the whole team to open up.

We strongly feel like this is a journey which many organisations can, and should, embark on. Our decision to change came from a place of struggle. Our wish for anybody else who sets out on this journey would be that they can start from a healthy and happy place! 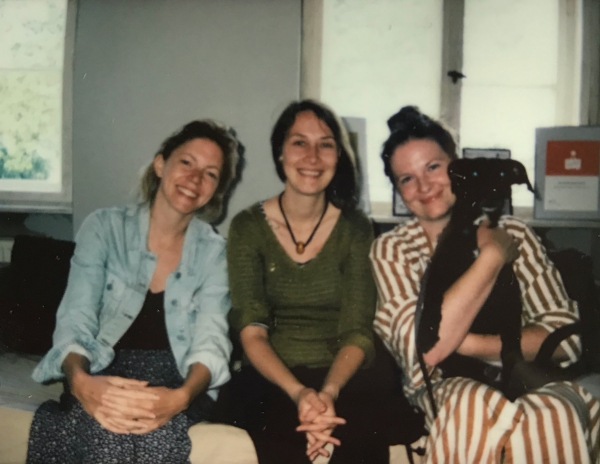 A part of the tbd* team (and yes, the dog belongs to it)

In the next article we will share how our process continued. We had to answer the questions: Who are we, anyway? And where are we going?

We will tell you about our communication coaching, the tools we tried and the confusion that afflicted us until we finally discovered Dragon Dreaming…