The All-White Panel at the Startup! Night Africa 2018

How could a German Ministry get it so wrong at an event that could be so right?

Last week, on 20th March 2018, the “Startup! Night Africa 2018” was hosted at the German Ministry for Economic Affairs and Energy (BMWi), organised by the BMWi itself, the German–African Business Association (Afrika-Verein e.V.) and the Lionesses of Africa.

That the BMWi organises such an evening is absolutely applaudable. The room was packed. There were perhaps 200 people there and the audience was diverse. Probably 25% were people of colour (fairly impressive for pretty much any ministerial event that I have attended in Germany) and there was a broad mix of ages. I was excited to be part of something that seemed progressive and promising in terms of what is required in 2018 in terms of European relations with the post-colonial world. A relationship based on the mutual exchange of knowledge and experience, the strengthening of economic relations, and building bridges between businesses that are at the forefront of innovation - frequently against all odds.

Yes, despite the good intentions, it was inevitably awkward watching “German companies” pitch alongside “African companies”. It certainly does nothing to dispel the preconception that Africa is a country. Indeed the moderator did, on one occasion, slip up and refer to “Africa, and other countries”. It warrants an eye-roll. In a similar vein, one of the German entrepreneurs consistently and frequently referred to “craftsmen” in his pitch for his fairtrade startup, whilst showing an image that indicated that a good deal of these “craftsmen” are actually women. Same old, same old.

But then the panel. Part one of the event. The classic expert panel discussion. An opportunity for the largely German audience to learn something about startups in some African countries and the role that they can play in the German economy, and how German startups can potentially enter African markets. An opportunity for knowledge to be shared and for discourse to be shaped.

So it was that I entered the room, somewhat late, to be greeted by a stage of whiteness. An all-white panel at an event about businesses in Africa. It was a jaw-drop moment and - if I’m honest - I could hardly take on anything that was said at the rest of the event.

I am sure that I missed out because probably the rest of the event was great. What followed the panel discussion were pitches by several startups from Kenia, Ghana, Tunisia, South Africa and Germany. The group of entrepreneurs was very diverse both through an ethnic and gender lens. Clearly thought had gone into the selection. Following that there were two pitches by investment funds that focus on investing in African startups. One of them is indeed funded by the German Government and has ploughed hundreds of millions of Euros in highly impactful and scalable innovations in Africa - many of which are in green technologies. A triple bottom line. I had no idea that such a fund existed and I am optimistic that they - and others - will have opened up doors in the networking session which followed that will change lives for the better. 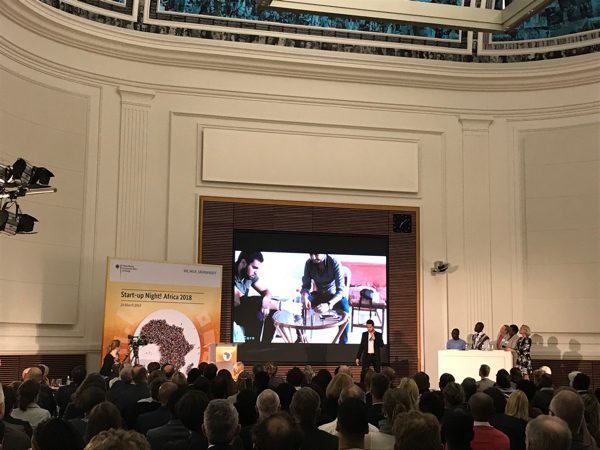 But that one detail - omitting to include any people of colour from Africa on the panel of “experts” - was more than just a missed opportunity. It was enough, as far as I was concerned, to delegitimise the entire event. Not just because it is an outrageous oversight that paints a lasting image about those who have the authority to speak on these issues. Not only because it reinforces colonial power relations and excludes people of colour from a discourse that is primarily about them.  Not just because it probably happened because nobody even thought about the possibility that it might not be ok. But also because every time that a person of colour is not invited to the table; is not given a voice or allowed to be heard, we all miss out. And that should make us all very, very angry.

Yet, on talking to the organisers from the BMWi after the event I was met first with surprise and then with defensiveness. As far as the event manager was concerned, there was nothing that could be done about the fact that the panel was white, because it was simply made up of the Managing Directors of the partner organisations. This is, however, surely the best possible reason to open up the panel. It must be clear even to the BMWi that we do not live in an equal world (otherwise they wouldn’t be organising the event in the first place).  So why is it so hard to acknowledge that in order to redress the imbalances caused by centuries of white (and male) hegemony, it is necessary to dig a little deeper and give space and a voice to those who may not already be in a position of power, rather than simply submitting to the powers that be. Not doing so inevitably serves to reinforce power structures that we all, and especially European Governments, have a profound responsibility to deconstruct. That the representative of the BMWi responsible for organising this event, was not able to acknowledge that, is shocking. And that the official twitter account of the BMWi had a similar response is, quite frankly, even worse.

Why is there an all-white panel at the @BMWi_Bund Startup Night Africa 2018? pic.twitter.com/REYtgpZGkW

.@torstennetsrot @tbd_community Thank you for your question. When the panel was put together for Startup Night Africa, the focus was on the support available for our German and African partners. Beyond the panel itself, the event was characterised by a wide range of diversity.

During my conversation with the BMWi, I was hastily ushered towards Melanie Hawken, one of the panelists and Founder and MD of Lionesses of Africa, with the words that “I should ask her for the African perspective on the matter”. Melanie, a white South African, and I had a fruitful and constructive discussion, during which she assured me that she would never organise an all-white panel herself and didn’t know who was on the panel before the event (although she was a co-host).  She was earnest in her conviction that this should not happen and promised to use her position as a partner of the event to feed it back to the other organisers. 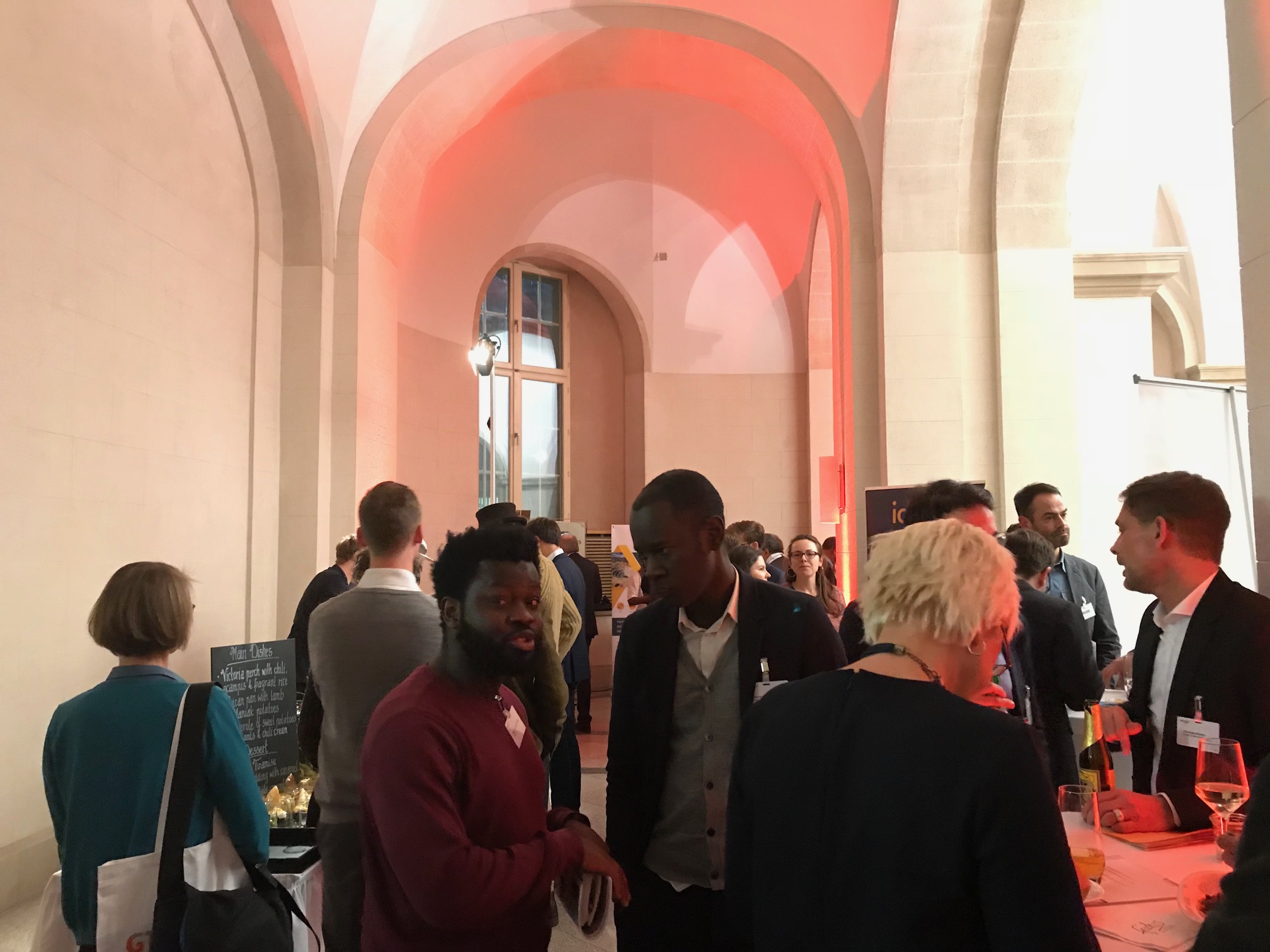 She also told me that there are 10.000 members of the 600.000 strong “Lionesses of Africa” community in Germany alone. Members of the diaspora who are actively engaged in female entrepreneurship. Many of them were there that evening. Even more reason to wish, for everybody’s sake, that one of them had been invited up on to the stage to share their knowledge with us all, as part of that panel.

If you feel like you, your organisation or your ministry could benefit from learning more about some of the issues raised above, and how to tackle your own prejudices and biases (don't be afraid, we all have them), then we can highly recommend a training or consultancy with Miriam Camara, from Akoma Bildung & Kultur.  Over the last few months we at tbd* have been taking a self-critical look at our own biases and what we can do to deconstruct these and those around us.  In 2018 we will be putting a spotlight on diversity in the third sector. We are planning a study and a campaign around anti-bias in recruitment and HR practices. If you are interested in being involved get in touch. There will also be a workshop on deconstructing paternalism in international development at the persist* Summit in Berlin.

The most important thing we've learnt so far? If you see it, call it out.