Learning from Entrepreneurs in the Middle East

This mentoring scheme harnessed the dynamic of the Arab Spring to help create new ecosystems for young entrepreneurs.

Ever had to explain to your family that you're not unemployed but actually starting your own business? So have the enpact partcipants. Despite terror attacks, visa issues and social pressure - the mentoring scheme for start-ups in Europe and the MENA region - has grown from setting up shop in a living room, to supporting 60 start-ups in 7 countries, in just three years.

Co-founder Sebastian Rubatscher tells us how the mentoring scheme allows participants to grow, what it takes to build a heathy entrepreuneral ecosystem and what role networking really has.

What is enpact and what is the motivation behind it?

Together with my co-founder Matthias Trautwein, we started enpact in 2013 in Berlin. It started off as a non-profit organisation with three core missions: promoting local economic and social development in emerging countries; implementing relevant research, education and training for sustainable entrepreneurship; and establishing responsible entrepreneurial communities.

Both Matthias and I had dedicated our early careers to working in international development organisations, but quickly noticed that the potential of existing programmes was not fully realised. So we decided to create our own mentoring programme with an innovative concept:  Promoting horizontal and pragmatic exchange between entrepreneurs from different regions, while strongly focusing on the empowerment of each country's potential change makers. 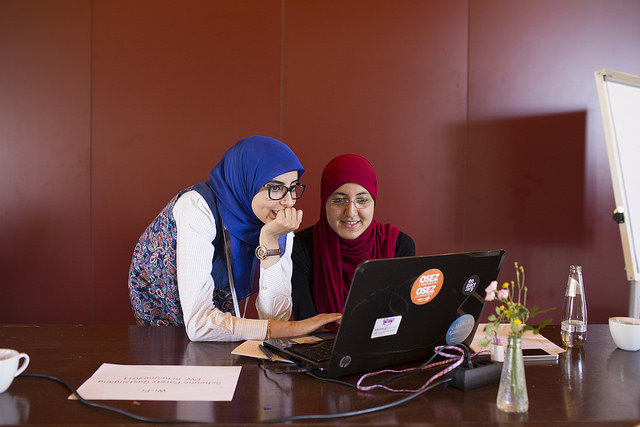 What are some of the biggest hurdles the participants experience in their respective countries?

The most recurrent problem we hear from our participants is that the concept of being an entrepreneur is not commonly known, which increases social pressure and gives young people a very hard time explaining to their families that they are NOT unemployed, but are actually starting their own businesses. Other obstacles include bureaucratic issues, access to finance and access to information and networks. Last but not least, access to role models and success stories is limited and hinders the inspiration and confidence of young start-ups.

Why does enpact work with these countries in the MENA region specifically? And how did you go about establishing those relationships?

Matthias has a long personal history with the MENA region, having studied and worked there during numerous sojourns. This came in quite helpful when we first started implementing a mentoring programme, because we were able to activate existing networks and benefit from his language and intercultural skills. Ever since the programme secured its first alumni, our participants became our strongest ambassadors, since the reputation of our programme grew better and bigger simply through word of mouth.

Still, we would also like to point out that the focus on the current project countries is also strongly linked to the political decisions made by the German Federal Foreign Office to establish a special fund for countries of the Arab Spring. When we developed our programme idea, we were able to present an innovative and impactful concept at the right time and in the right place…

“engage - participate  - act!” is funded by the German Federal Foreign Office. How did that cooperation come about and what does it mean for enpact?

Matthias and I met while working for IIFE/TOF, who had submitted a pilot proposal for ten Tunisian and ten Egyptian entrepreneurs that aimed at connecting them with German family businesses from the TOF network as their mentors. After the successful implementation of a pilot it became evident, that this new mentoring programme would need its own legal entity.

Having identified areas in which the project could expand and support its beneficiaries in a more effective way, we directly negotiated with the German Federal Foreign Office, improved the concept of mentoring by making it more pragmatic and including the components of horizontal learning among entrepreneurs. We then seized the opportunity and became entrepreneurs ourselves by founding enpact, which became, in accordance with all partners, the new entity for the mentoring programme. Ever since these initial stages, we have secured many successful partnerships with strong partners and endorsers, and scaled the programme from 20 participating start-ups from two countries, to 60 from seven countries in just three years.

Currently, the German Federal Foreign Office remains our main source of income, which is something we aim to change in the near future for the sake of realising bigger visions and potential and to limit our dependency on one big donor.

Every new beginning has its hurdles. What has been your biggest challenge so far and how did you overcome it?

Being a startup ourselves we have faced numerous typical challenges, which makes it hard for us to nominate the "biggest" one. However, our initial office setup was in my living room since we were bootstrapping our startup and therefore lacked the funds for an office and regular salaries for our employees.

Moving to where we are today, we are torpedoed frequently by events and attacks that occur in the MENA region, which destabilise the progress we make and jeopardize the development of ecosystems in our project countries.

Also, we continuously face visa issues for our participants, which poses big challenges for us when, for three times a year, we attempt to bring all fellows and mentors together during our very successful "entrepreneurs camps". 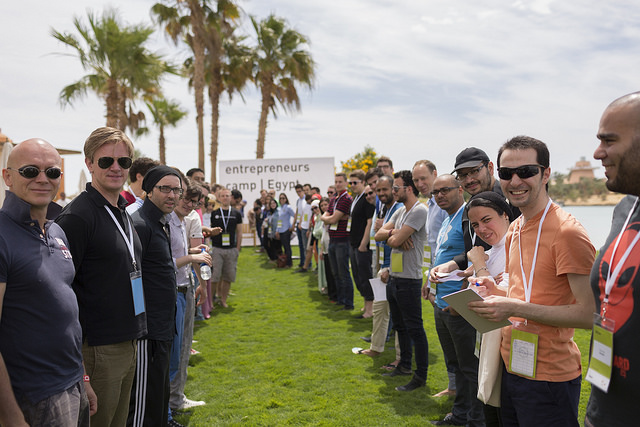 In your opinion, what defines a healthy entrepreunerial ecosystem?

How important do you believe networking is to the long-term success of a (social) enterprise?

Networks and networking are among the most important things – not only in business - but life in general. The more we are able to interact with others, especially outside of our own peer group, the more it broadens our horizon, it strengthens our ability to accept and respect diversity and it offers us manifold learning opportunities. We strongly believe that the importance of your network and networking cannot be underlined enough since they will always also influence who you are. A German proverb puts this into a nutshell: Show me your friends and I will tell you who you are! 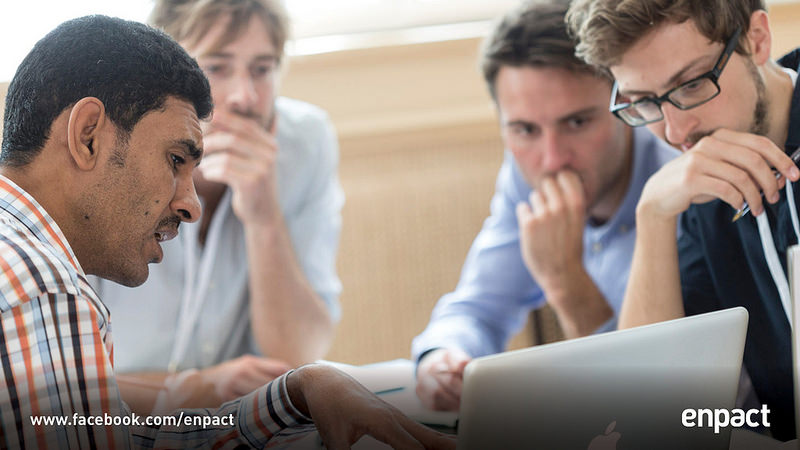 This interview was originally published in April 2015.