A global bike-sharing movement that lets you pay whatever you like and borrow bikes for however long you like.

BikeSurf is a global volunteer run bike-sharing movement that lets you pay whatever you like and borrow bikes for however long you like. Present in over 8 countries, the movement is completely volunteer run and anyone can set up a BikeSurf program in their city. Graham Pope, the initiator of the movement, tells us what sets BikeSurf apart from corporate bike-sharing schemes and shares his insights surrounding the future of the sharing economy.

Tell us a little about BikeSurf, where did the idea come from and how did it get started?

On moving to Berlin in 2011, I felt lost without a bike and found that bike rental was expensive, considering all I needed was a very simple bike. I looked around and saw many half-dead bikes that, given a little repair, would be suitable for me in the short term. I had worked as volunteer in the bike kitchen/ self-repair workshop in Dublin called Rothar. One year later, I was encouraged by others to start a rudimentary website with a booking system for the original three bikes. I was inspired by the numerous other sharing initiatives in Berlin, but particularly my experience with CouchSurfing. What started off as a type of social experiment (would users bring back the bikes if they were just held by the honour principle?), grew as new bikes and volunteers people joined the project. Developing a system that allowed everyone, not just those who can afford it, to enjoy cycling in a relatively safe city, has always been the central goal. 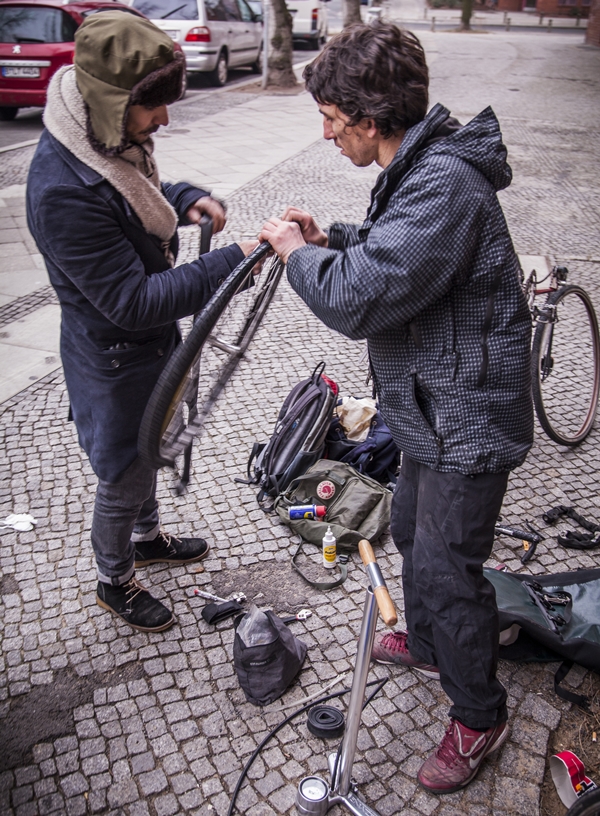 What differentiates BikeSurf from other bike sharing initiatives like City Bikes, etc?

There are many differences between a grassroots, volunteer-run bike sharing model and other city-sponsored/ company-sponsored bike rental (not sharing in the true sense) schemes.

This is quite difficult to assess, as I believe that our biggest contribution to date has been to inspire people to think differently about the value to things. As this positive influence is, by nature, intangible, I will provide some of the more tangible statistics of our direct impact. 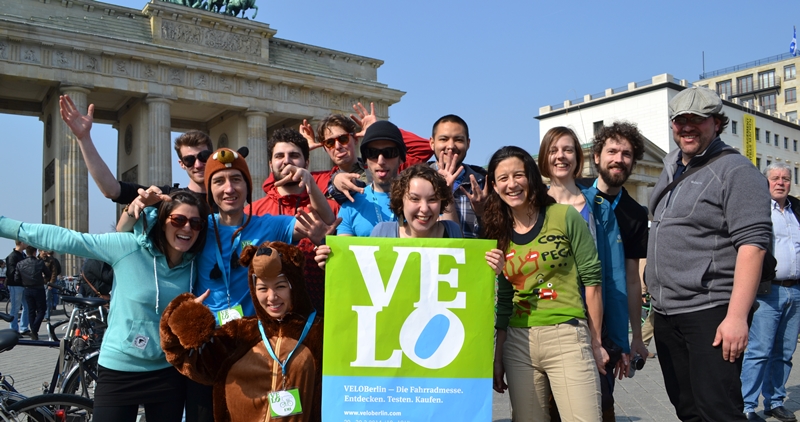 BikeSurf during the bike fair VELO in Berlin 2014, taken by Cyprien Leduc

Today BikeSurf is active in 8 countries - what’s planned for 2018 and beyond?

Our focus this year is to continue to develop the new web platform that was launched on the 1st of January. We do this to help increase the number of cities who wish to join the network, with the ultimate aim that the project becomes recognised all over the world. We are attempting to unite all other similar bike sharing initiatives all across the world, so that we can all exist on the one platform and improve the service we all provide.

The project can be likened to a bicycle wheel, where the web platform acts as the hub to all the spokes (cities). There is no central authority and all the cities are independent of each other, but can help each other out when needed. With this model, each city can contribute to the improvement of a single web platform instead of multiple inferior ones.

On a more local level I would love to create a “bike kitchen” in Berlin, where we could repair the bikes, help the public to fix their own bikes and to act as a headquarters for the BikeSurfBerlin team.

In your opinion, where is the future of the collaborative/sharing economy headed?

Tough question. There currently exists two models of sharing, which I describe as “real sharing” and “peer-to-peer renting models” - think CouchSurfing versus AirBnB.

As technology makes it easier for us to either share or earn money from our excess resources, there is a decision for each individual to be made. The question is how best to maximise one’s happiness: making more money or sharing our excess to enrich other people’s lives? This “real sharing“ is what I envisage as a positive post-capitalistic world. The current challenge is to develop sustainable systems that allow objects to bring people together instead of dividing them.

However, as Zizek has stated for some it is “easier to imagine the end of the world than the end of capitalism”. I see the real sharing economy as a way to bring about revolutionary social change, with less reliance of monetary systems and the hegemony of corporate-run states.

To bring back such a dramatic change we have to prove that the world is ready. We do this by providing alternatives to the basic needs currently catered to by capitalistic businesses. These sharing initiatives would provide a product of similar quality, but with a focus on community participation - “ask not what your country can do for you, but what you can do for your country”. Once people get to think about the advantages of such sharing models, they will be inspired to seek out and use other sharing systems.

So what services should be prioritized? I would argue that sharing projects should initially focus on the absolute basic needs. This has been bourne out already, with successful sharing initiatives such as CouchSurfing (accommodation and cultural exchange), LInux (open source operating software), Foodsharing (organised food saving), Freifunk (WiFi available to all) and Wikipedia (peer reviewing so that everyone can have access to the world’s information). A bicycle is the next logical step. As a clean, cheap and efficient mode of transport, it allows everyone to cross cities and enjoy the experience of interacting more with their surroundings.

BikeSurf is a nonprofit and completely volunteer run - what advice do you have for other organizations who are mainly volunteer led?

The major barrier to sustaining such a project is maintaining enthusiasm for the project. As human we tend to habituate to things rather quickly. What was once a thrilling adventure becomes more mundane with time. This goes both for our users and team members. As a result, keeping the buzz alive means organising frequent team meetings and public events to showcase the progress of the project. 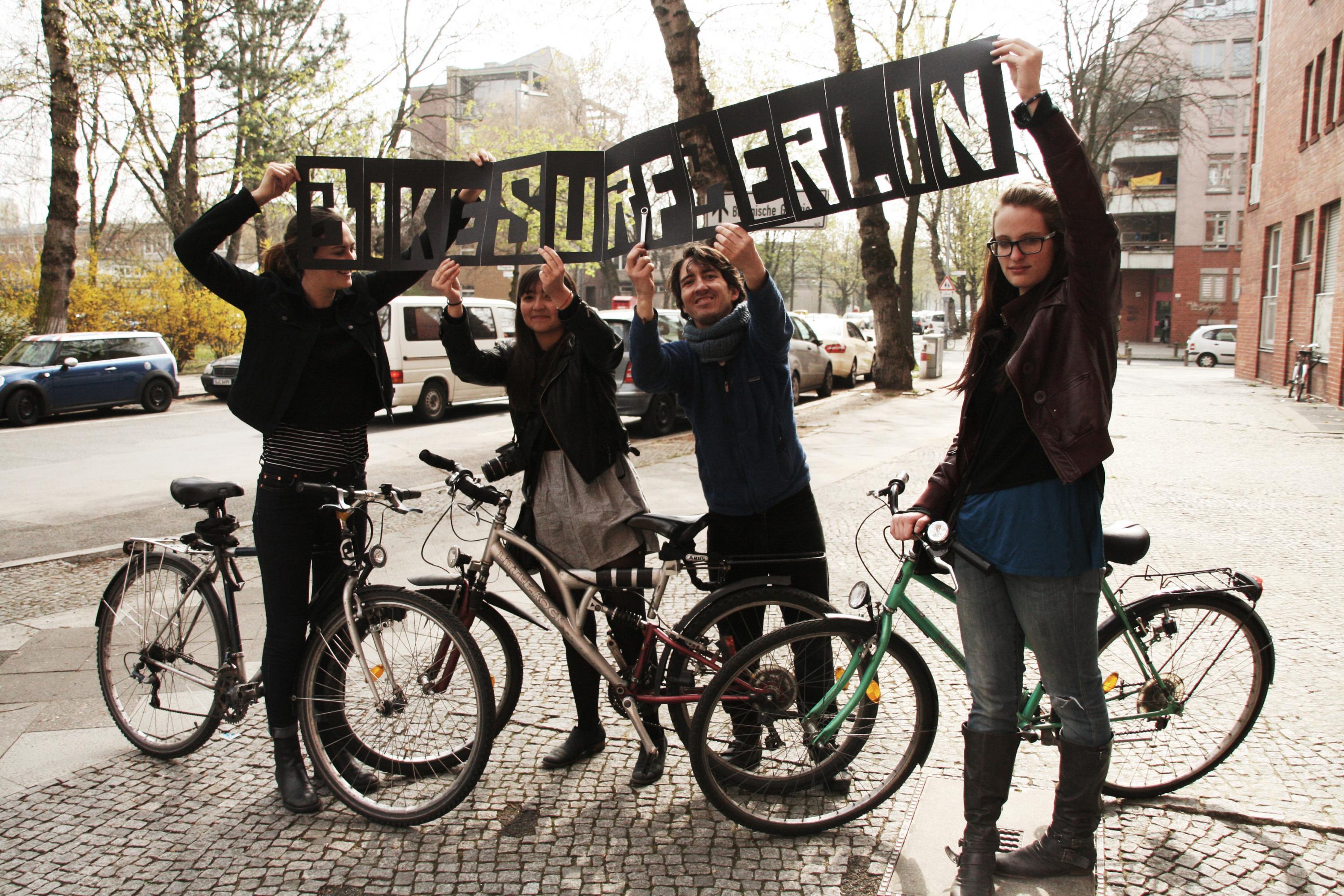 Another important point is to decentralise the hierarchy of the team, so that the project is not reliant on one person and everyone feels they have a voice. In this way the project will be more sustainable and the team members will feel more empowered and hence commited.

Funding is always an issue. In nearly every project there are some expenses to be met. Being transparent and direct with your supporters to engender their trust is helpful in fundraising.

How can people get involved to support the BikeSurf movement?

The new open-source platform allows everyone to set up their own BikeSurf city with the click of a button. We will help with any advice they may need and also some starting capital to buy the basics.

In any of the already existing BikeSurf cities, you can simply join the team and help out with bike repairs, social media, logistics, web platform development or simply by lending your enthusiasm and feedback to the project.

We are always happy when people help us to promote the bike sharing philosophy through word-of-mouth or social media.

We also accept financial donations and rely on our community to donate their old bikes to the cause.

This project belongs to the whole community and we welcome all suggestions and support in making it the best possible experience for everyone.