These 10 innovative projects are reaching across borders to solve issues and create bonds.

The past few years in Europe have been a whirlwind of triumphs and obstacles. From the beginning of a monumental energy transition, to the hundreds of thousands of refugees finding new homes. And not to be forgotten is the financial crisis strapping each country differently throughout these new developments. Our governments have their hands full fixing these issues to the best of their abilities, but maybe there’s something more that we can do.

Given the complex issues facing Europe today, perhaps the best way we, European citizens, can solve them is not by focusing inside borders, but by creating and strengthening connections across them. Advocate Europe's annual “idea challenge” is working to make this possible.

Advocate Europe empowers citizens to make these connections across borders, by creating initiatives or programs that transcend national boundaries, to make cohesion among Europeans a reality. It supports unconventional and transnational ideas with the goal of strengthening connection and cohesion in Europe. Advocate Europe is aimed at civil society actors who are looking for start-up funding to implement sustainable ideas in the fields of civic education, arts and culture, democracy and participation, social innovation or advocacy.

In early 2015, 575 proposals from 29 countries were submitted with ideas that will transform Europe and show that a different future is possible, ideas that will bring people together to co-create a different way of handling crises. Check out these 10 innovative projects uniting Europe today. 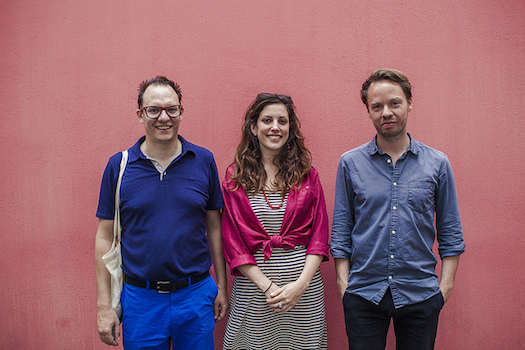 Concerned with the future of social services and welfare systems in European cities, the project, Funding the Cooperative City, by the Rome-based association Eutropian, is positioned at the interface of urbanism and activism. Working through an established network of actors from Southern and Eastern European cities, the project explores visions for the city of tomorrow, where social services are provided by citizen networks and where cooperative urban development prevails. Through a series of workshops in Budapest, Madrid, and Rome as well as a publication, the outcomes will be spread throughout Europe.

Municipalities for a stronger Europe 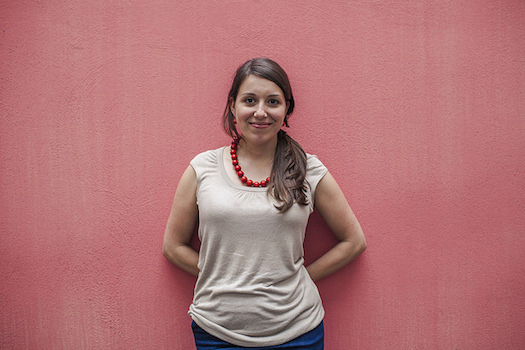 A project of the HUMBOLDT- VIADRINA Governance Platform gGmbH, Growth Inititiate, based in Berlin, takes place in a context shaped by the global financial crisis and the European Union’s energy transition at the local and municipal level. The project invites the local communities of Bottrop, Germany and Thessaloniki, Greece, two cities experiencing similar structural problems, to explore potential for cooperation. In this exceptional combination, the project tries to find answers to some of the current challenges facing local municipalities, including the labor market and energy supplies. A three-way dialogue between civil society, business and the local administration stands at the heart of the approach.

A platform for creative meetings of filmmakers and activists 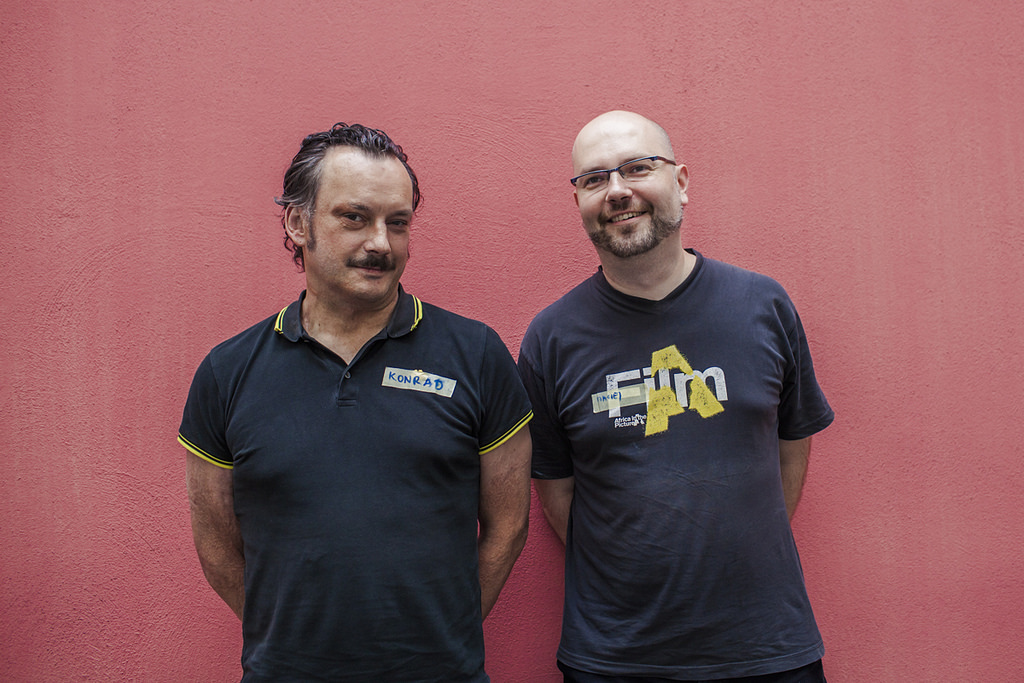 FUTURE DOCS is an initiative of the Warsaw-based WATCH DOCS International Film Festival, one of the oldest and largest human rights film festivals in the world. WATCH DOCS works with both human rights defenders and documentary filmmakers, but these two groups rarely work with each other. As a result, many important human rights issues in Europe remain largely unknown. The aim of FUTURE DOCS is to ensure that human rights stories are told in today’s Europe. By bringing together filmmakers and activists to discuss relevant social and political problems, FUTURE DOCS forges unusual partnerships that foster connection in Europe. 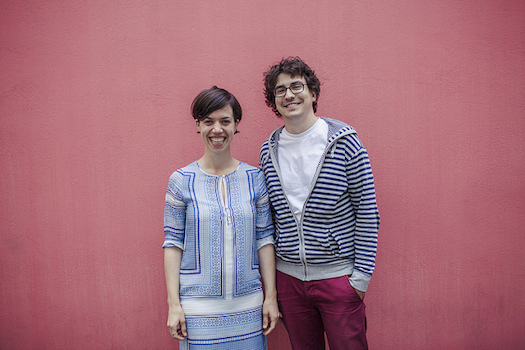 Politix offers an easy and visually appealing online platform, which acts as an entry point for understanding complicated EU policymaking processes. By mapping the perspectives of citizens, parliamentarians, lobbyists and other stakeholder groups, the project creates a transnational space for participatory dialogue. We want to make it easy for citizens to quickly participate in the policy-making process by simply giving thumbs up or down for a particular legislative proposal. With Politix, we are currently creating a participatory information-platform, which we aim to grow to become a vital player in the European public sphere. 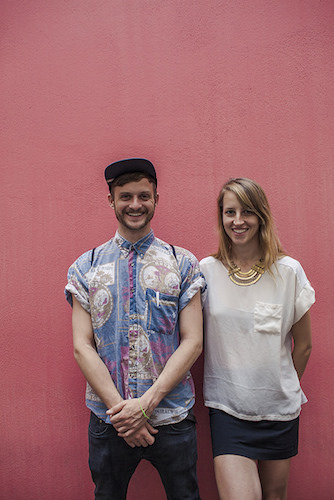 The initiative Refugees Welcome, implemented by the Berlin-based initiative “Mensch Mensch Mensch e.V.,” proposes a simple and obvious answer to a dramatic problem: how to establish a new ‘culture of welcome’ and to address the difficult living conditions facing refugees in collective housing arrangements. Refugees Welcome functions as a matchmaker for refugees looking for accommodation with local residents who are willing to open their private homes or shared living spaces to them. Successful matches and the creation of new living arrangements reduces prejudice on both sides, providing better living conditions for refugees while at the same time sensitizing the local population. The wider implementation of this practical and successful approach in Austria, Germany, Greece, the Netherlands, Poland, Portugal, Spain and Sweden has great potential for the future. 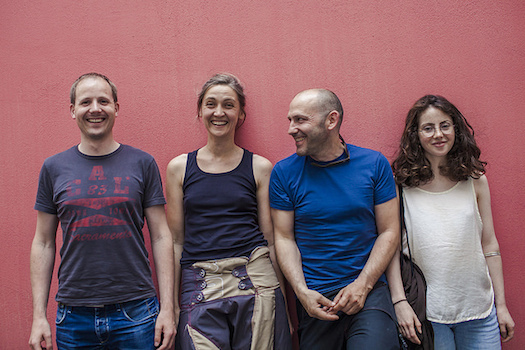 Refugees for Co-creative Cities is a transnational project led by kitev, an association based in Oberhausen, Germany. It responds to the need for a new ‘culture of welcome’ for refugees in Europe through an exciting mixture of local intervention and cross-European exchange. An interdisciplinary team drawn from different European countries is developing a long-term refugee accommodation system to help refugees in the Ruhr area find their self-worth, and their position in the public sphere, through the physical renovation of empty buildings. Co-creating the urban environment - in this case, restoring and reshaping abandoned buildings alongside refugees - is an unconventional approach with great potential. Accompanied by research, and fostering links to political decision-making, the project serves as a prototype for similar endeavors. 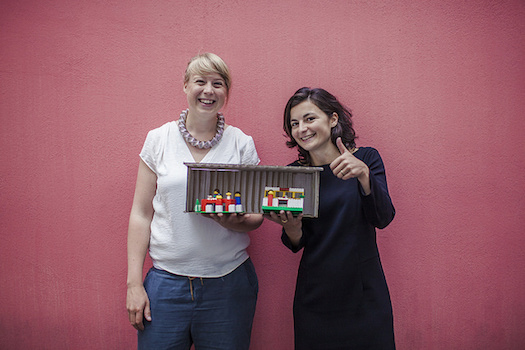 An idea developed by a young Berlin-based initiative of the same name, Kitchen on the Run supports and promotes communication and mutual understanding between refugees from around the world and local communities in Europe. A shipping container re- modeled into a mobile kitchen and dining space travels through five countries (Italy, France, the Netherlands, Germany, Sweden), spending four weeks in five different locations, and hosting meals for locals and refugees every day. In a symbolic reversal, refugees act as the hosts and, in doing so, become active members of society. Kitchen on the Run creates space for encounters, which enable the discovery of common ground and the dismantling of prejudices – a prerequisite for sustainable coexistence and cooperation in Europe. 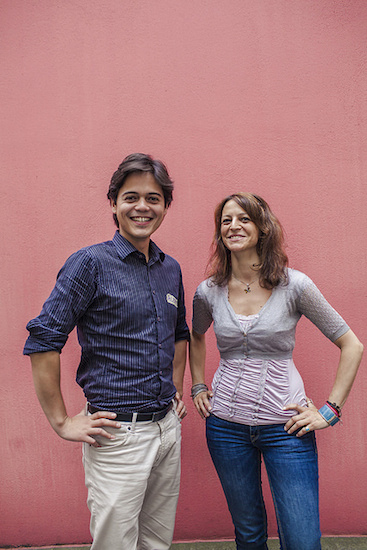 The documentary film project Maidan the Aftermath, an initiative of the Belgian think tank ThinkYoung, explores the debates over the Maidan movement and the situation in Ukraine through the eyes of young people. In order to spark debate and further deepen the discourse, the film will be screened and discussed at universities across the European Union. This film project explores a topic that has had enormous political impact and which remains a key issue for Europe. Sharing authentic stories from the Maidan can touch people and connect them beyond national borders. 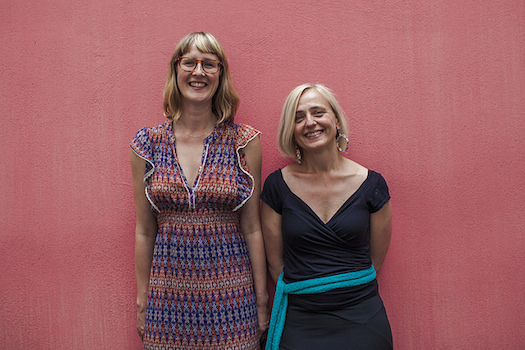 With the aim of integrating unemployed young people into the job market, the program JobAct Europe Partner Program (JobAct), developed by the Projektfabrik in Witten, Germany, uses a fusion of theatre methods, biographical work, social work and career planning to help young people develop their identity and construct individual and professional life perspectives. Through an innovative mix of measures, the project enables and empowers individuals to face the complex demands of unemployment. After ten successful years in Germany, JobAct now expands its approach to France, Greece, Hungary and Italy with support from Advocate Europe. 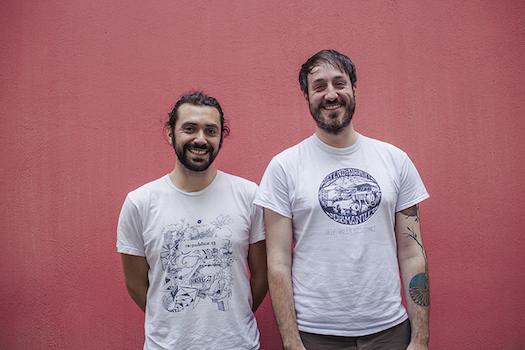 Using a promising and innovative format, POC21, a joint project of the Berlin-based social enterprise OpenState and the French organization Ouishare, made it possible to test and prototype new ways of life with open source solutions. A six-week long innovation camp brought together more than 100 makers, designers and social innovators at Millemont Castle, outside Paris. Ahead of the UN climate summit COP21, POC21 wanted to deliver the proof of concept that citizen pioneers can build a fossil-free, resource-efficient society. Participants embraced a unique creative process, complete with mentoring sessions, work sprints, reality checks, campfire chats and more. The mission of POC21 is to make open-source, sustainable products the new normal. You can check out our interview with POC21 here.

We look forward to seeing how these projects are going to change Europe!

Do you feel inspired yet? If you or someone who know has an idea to change Europe, you have until March 8, 2016, to submit a proposal for the 2016 challenge, you can find that here.