Meet the punk-gospel-activist choir that has been arrested over 70 times, in various stand offs against gatekeepers of destruction.

John Waters famously advised that, ‘if you go home with somebody, and they don't have books, don't fuck 'em!” and in that spirit I would advise, if you come across a preacher who hasn’t been to prison at least a few times, don’t trust him. Now, allow me to elaborate on that, before you jump to conclusions and think this is a weird apologist, endorsement of twisted Vaticanites.

Reverend Billy, Savitri D (his partner in life, art, activism) and their New York based, anti-consumerist, pro-environmental, punk-gospel-activist choir have been arrested over 70 times, in various stand offs against gatekeepers of destruction.

This colourful crew stage guerrilla theatre actions, performing uninvited on the property of Monsanto facilities, Disney stores, Trump Towers, Goldman Sachs, banks, pipelines – their resume is as diverse as their opponents are crooked. Their latest adversary comes in the form of the 45th president of the United States, and as a giant blimp of Baby Trump took to the London skies in mid July in protest of his visit to the UK’s capital, Reverend Billy and the Stop Shopping choir were preparing an artivist protest of their own against the tweeter-in-chief. 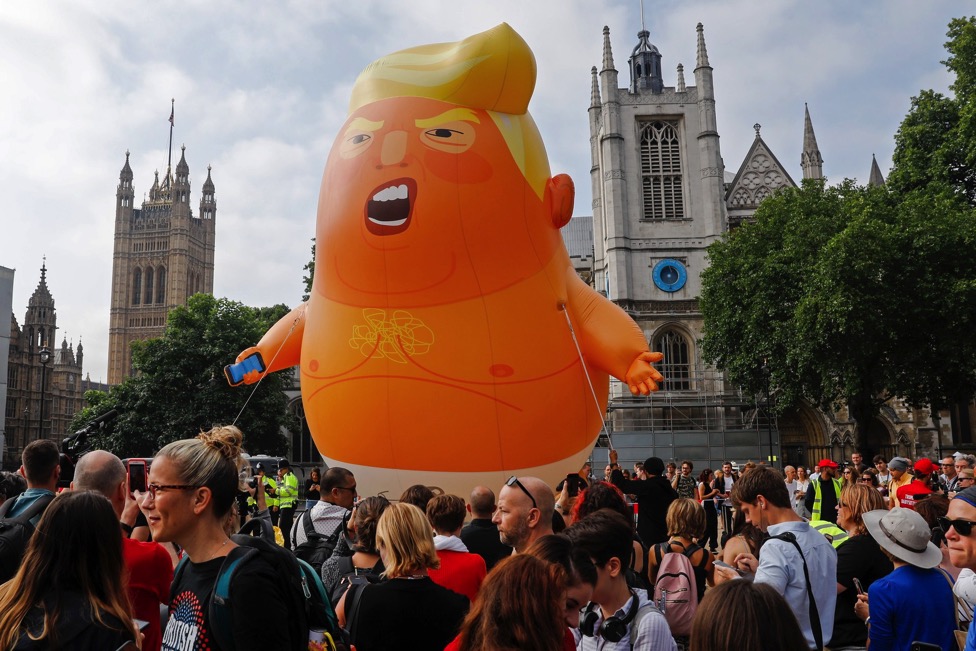 I sit down with the singing New Yorkers on their visit to Athens, the cradle of democracy but also perhaps the place where we saw the consolidation of anthropocentrism, belief that human beings are the most important entity in the universe. To layer on the irony, the Stop Shoppers are here to perform as part of the Athens – Epidaurus Festival, the largest annual Arts event in Greece, and their designated venue is St. Paul's Anglican Church. Therefore when Reverend Billy starts tearing apart colonialism, the British Empire and the church, during his fierce sermon, I wonder whether someone immensely progressive is behind the operation of St. Paul’s or whether they just had absolutely no clue who they had invited. 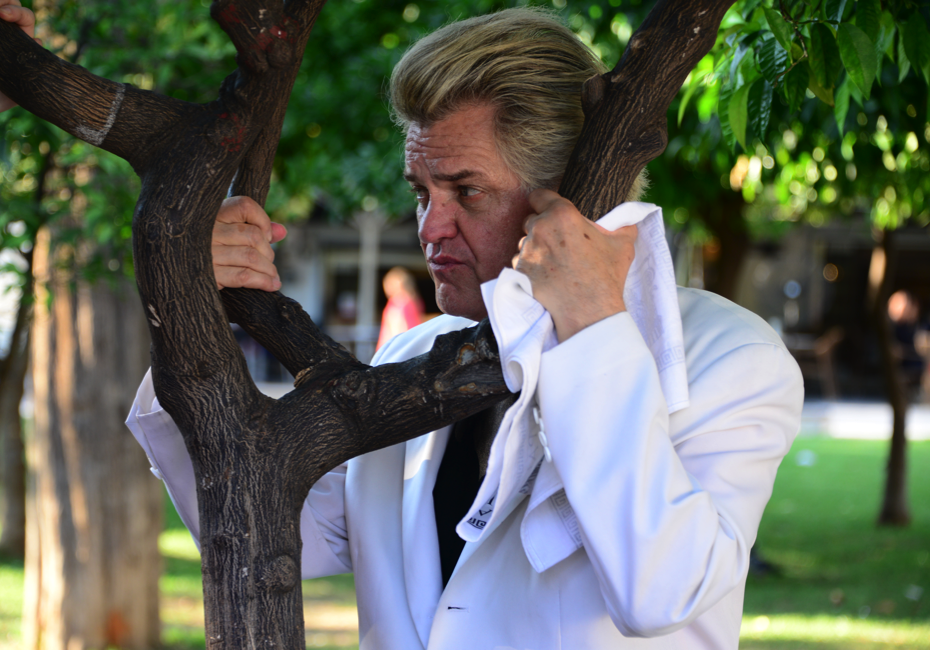 Reverend Billy, pre-sermon, looking for some divine inspiration from the trees above.

Billy preaches that colonialism was the precursor to capitalism, a system where people are commodified, where power stays accumulated at the top and where despite a ‘stake your claim’ narrative of ‘go-getting will get you success’, we end up with morally corrupt political and religious leaders trying to oppress as much of the globe as possible. The philosophy of the Reverend Billy and the Church of Stop Shopping surrounds the imminent "Shopocalypse", which proclaims the fall of humanity will come about due to manic consumerism. 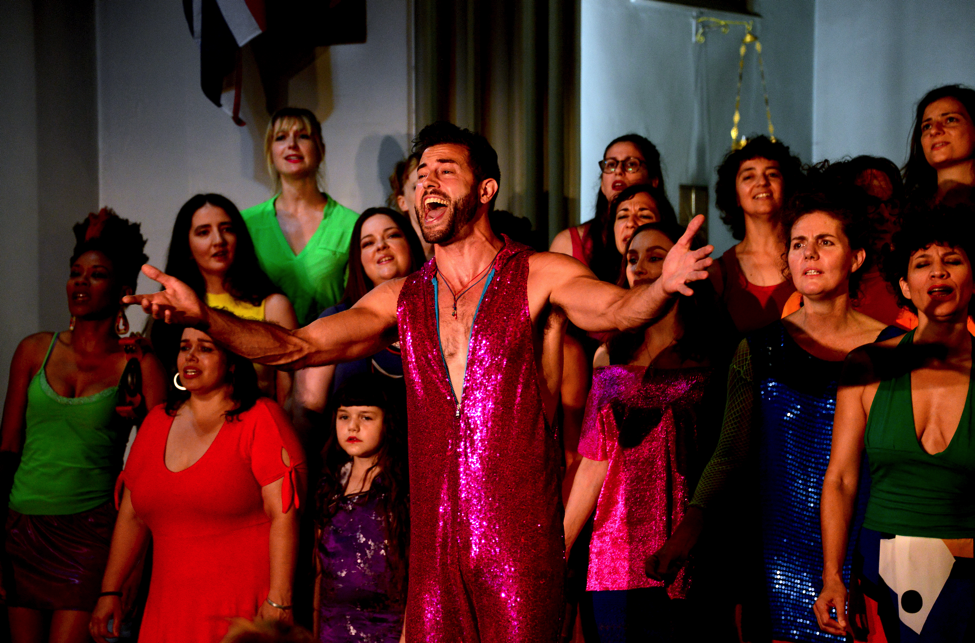 The church is packed however, some people are smiling, others are tapping their feet and others are unable to hide looks of complete bafflement. It is obvious that people are unsure whether they are witness a cabaret performance, attending a religious service or part of a political rally. And that is precisely where Reverend Billy wants them, as long people aren’t sure of what is unfolding before them, the more genuinely in tune they will be, nothing is being spoon fed to them, you have to answer your own questions. The show opens with ‘When I Rise’ a song that hybridizes the catchy, operatic pop of Josh Groban with all the feels and poignancy of a Maya Angelou poem.

This choir defies labeling. Leaving the church after the final song, I overhear two teenagers talking, “if church was actually like this I would never miss a service”. Amen to that.

The Tourists Against Trump Campaign

With their new-found audience, following three days of ‘sold-out’ shows, the choir arrange a press-conference in Syntagma square right across the Greek house of parliament in order to announce their new ‘Tourists Against Trump’ campaign.

Trump is an archetype, a caricature of a bloated, petulant, ego-driven, fear-mongerer that stands for neoliberalism, consumerism and commodification of people and place. Of course, years of political corruption, economic inequality, unemployment and voter dissatisfaction in the hands of both left and right wing parties that have been overpromising and underdelivering has led to the election of Trump and Trump-like personas around the world. Therefore there is the literal and allegorical Trump that the campaign opposes, like Big Brother or Sauron, a great symbol to rally against. 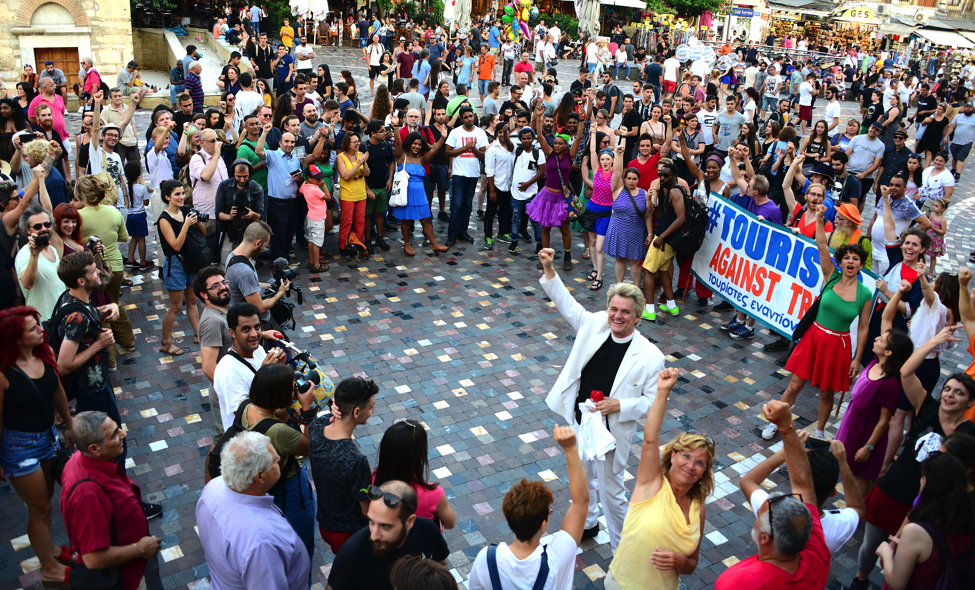 Much of western (and now 5lobalized) living is built upon consumerism. Whether it is limitless growth in economic thinking/policies or extractive industries, we are constantly being catered to on these premises, so that we essentially are all connected to the ‘tourist’ identity or archetype.

As things stand, people are in constant tourist mode, even within their hometowns, bombared by ads and offers that depend on insatiable appetites and often quick, superficial gratification. This autopilot mode, limits agency, and we often buy into it either because we’re exhausted or because we’re on hamster wheels satisfying our self-worth through consumption rather than creation or connection (and even creating and connecting is often commodified via dating apps or social media #artonlyforandbythosewithmoney).

But the tourist identity is also universal, and thus has unifying potential and is something we can reclaim and redefine. We have started to go to landmarks, restaurants and events more for the selfie that proves our status and awesomeness, rather than savouring the experiences themselves. If it didn’t get ‘liked/tweeted/reshared’ did it even matter?

Here lies the opportunity to rally against the symbol, Trumpness, and all it represents, with different behaviours, with an effort to create, connect, reach out, borrow, share, DIY, refuse/reuse/repurpose rather than mindlessly consume. Ergo, #TouristsAgainstTrump, catchy innit? The part colour cabaret, part carnival, part protest, part spiritual performance dances through Ermou street, every shopper’s wet dream, to Monastiraki, the part of downtown Athens with the best preserved vestiges of antiquity, right in the shadow of the Acropolis. Their song floods the streets, “we’re on the move, our bodies of the Earth, washing out borders, burying walls, Love at the gate, that’s the sound of Justice”.

A Very Different Kind of Church

Reverend Billy is no ordinary preacher. He is a cross between Kurt Russell’s ‘Snake Plissken’ a la ‘Escape From New York’ and Elvis circa June 1972 premiering the white Adonis jumpsuit in Madison Square Garden. Not just in appearance, he carries within him the Dark Optimism of Snake with the charisma and light spark of the King of Rock ‘n’ Roll.

“We believe in a god that the people who do not believe in god believe in”, so begins Reverend Billy’s sermon and I am instantly smitten. There is an immediate sense of inclusion for the outsider, I feel as though I’m in Professor Xavier’s School for Gifted Youngsters, church equivalent. Reverend Billy offers one piece of instruction, “learn from the earth cultures, the ancient ones”. I instantly look back at the book ‘The Earth Wants You’ that one of the choristers handed to me at the entrance and that I had briefly skimmed through. The preface is a prophecy recounted by Debra White Plume of the Lakota Nation, retold during Occupy Wall Street by Kandi Mossett of the Mandan, Hidatsa and Arikara people. “Our old ones were talking about this. And they were saying that there is coming a time when the Earth will rise up because she needs to cleanse herself. And it could go one of two ways. The Earth rises up and then the people rise up with her. Or the Earth rises up. And the people don’t. And then they fall away. And they are no longer here”. 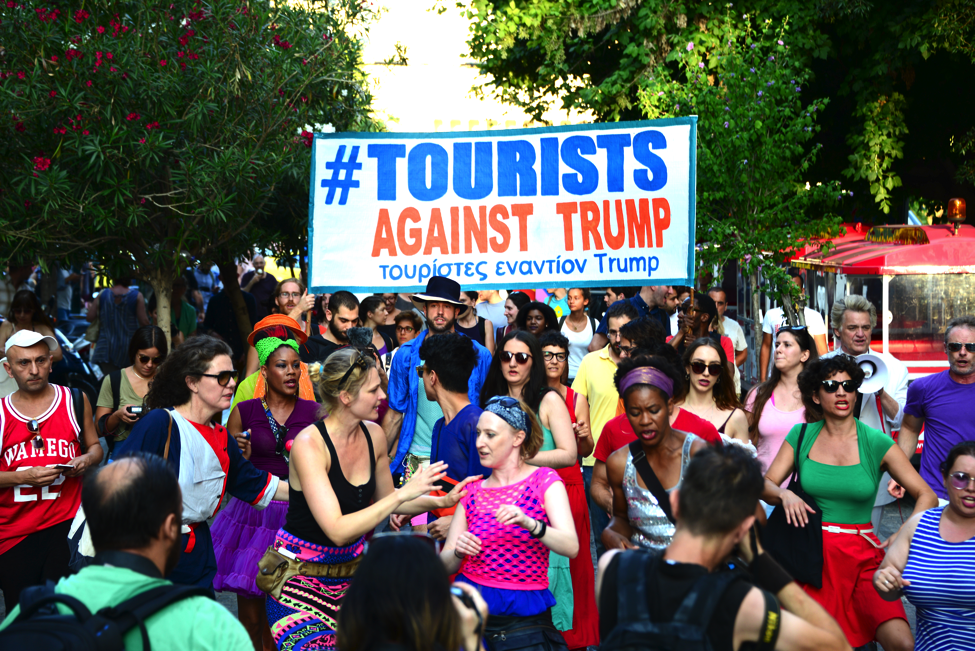 Spending the week with this choir I wonder about what it is that makes this brand of artivism, so seductive, so appealing, clearly captivating so many hearts in the streets. Then I recall the work of designer Ingrid Fetell Lee, who studies things that bring us joy. In conducting her research to find out what makes people happy, she found certain things that started to come up again and again and again (see her TED talk). Cherry blossoms, bubbles, hot air balloons, googly eyes, rainbows, fireworks, ice cream cones, especially the ones with sprinkles. These things cut across lines of age and gender and ethnicity. She was able to conclude they're universally joyful. So the pattern that emerged are, pops of bright color, a sense of abundance and multiplicity, a feeling of lightness or elevation. Lee concludes that ‘while the feeling of joy is mysterious and elusive, we can access it through tangible, physical attributes, or what designers call aesthetics "Aesthetics of Joy"’. The Stop Shopping Choir, knowingly or subconsciously embodies the aesthetics of joy. The choristers dress like Technicolor double-rainbows, sparkles, rhinestones and feathers never in short supply, their diversity, whether it is age, gender identity or ethnicity oozes with abundance and multiplicity and their songs elevate the listeners.

For me, the peak potency of this activism is the moment when a little girl, about the age of three, comes out of the crowd and stares at the singers. She is mesmerized. She smiles, mouth agape. She takes in the song, the young, the old, the weird, the colourful, the black, the white, the latino, the queer, the beauty of difference, and so, it becomes normalised. It becomes the future. 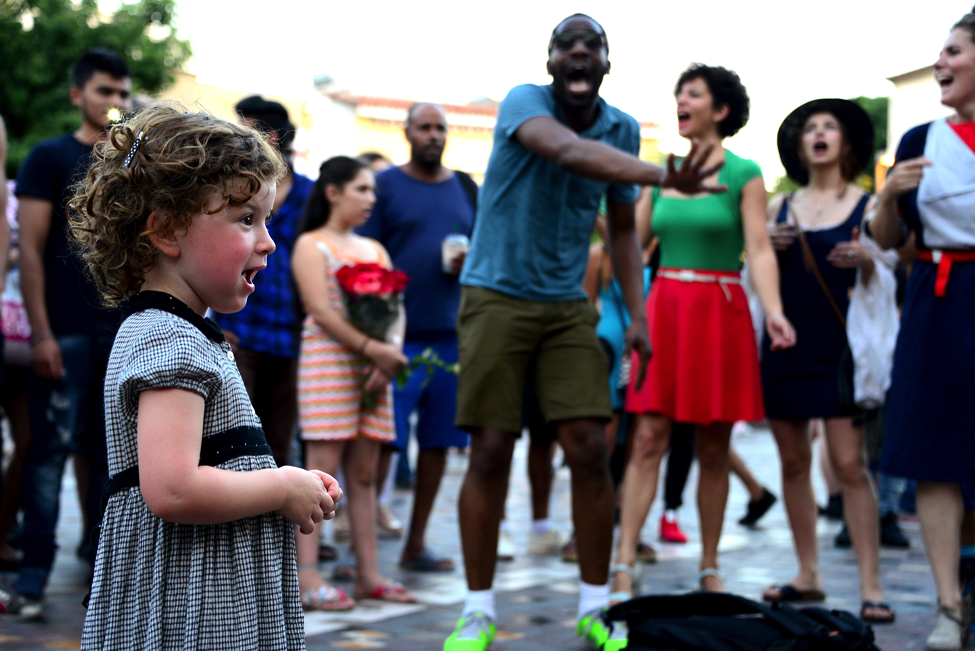 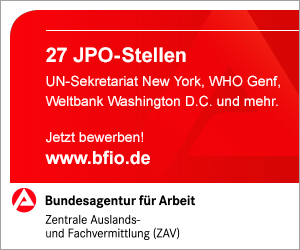