Why Classic Organizational Forms Are a Thing of the Past

Hierarchal organizations have had their day. So what's the future?

An organizational pyramid as a paradigm conveys consistency. It is supposed to ensure that everything stays the same. We experience that hierarchical companies and organizations seem to fail because of their challenges. We can see from the example of the Catholic Church or our school system that bureaucratic processes slow down changes and innovation in administration and teaching to such an extent that adaptation to social developments seems almost impossible. Are the church and our school system examples of change-resistant organizations and companies in the future? And how can organizations adapt to the rapid evolution of our (VUCA*) environment?

Based on current observations, the following working hypothesis can be derived and will be explored in this series of articles: Classically hierarchical organizations are an appropriate organizational form to centrally direct armies. Beyond that, they have had their day.

First, it is interesting to look behind the scenes of hierarchically managed organizations. Hierarchy takes complexity out of organizations; it simplifies. And it assumes that there are some very smart people, indeed geniuses, who understand and master the complexity of the world. On the other hand, it means that many more people, as at the time of the first industrial revolution, are performing standardized tasks in an automated way. Tasks, in other words, that are now often performed by robots. While the tasks of the MA and the production steps have changed, the type of leadership has remained the same. At the same time, we invoke the importance of smart employees. A paradox. But how can this be resolved?

In hierarchies, the assumption of responsibility is mostly a matter for the boss. Work motivation is based on the concept of promotions. The next rung on the career ladder is a key motivator. Monetary incentive systems such as a salary increase are essential instruments promised in traditional organizational forms for the self-development of employees. However, they are fast-moving and have a high attrition factor. Thus the Wirtschaftswoche headlines "Salary increases quickly fizzle out". The so-called first-woman paradox shows that more wealth does not lead to more life satisfaction. Once basic needs are satisfied, happiness does not increase further with more salary. Esterin's studies show that life satisfaction in lower-income countries, among others, is not lower than that of "richer countries."

Last but not least, turnover is also influenced by traditional corporate forms. Today, it is apparent that the willingness to change jobs has never been as high as it is in our current times (Gallup, 2022). The willingness to change jobs in Germany exceeds that of the USA for the first time. Stress is a key factor here, with more than one in three employees currently feeling burnt out.

Self-fulfillment plays an essential role in employee satisfaction. By simplifying the organizational form into a hierarchical construct, opportunities are taken out of the organization that a free structure would allow. Strengths of employees, which find appeal in a free organizational structure, are not automatically brought into the company by rigid hierarchies.  Because of the specifications in a hierarchy, the individual must limit himself to certain roles and tasks. A particularly striking example here is the nursing sector. Here there are persons in the head office, i.e. further up in the hierarchy, who prescribe shift schedules and treatment times for the nurses on the basis of figures and data, without the nurses being able to take into account the individual needs of the patients. This leads to a high level of dissatisfaction among nurses and patients alike.

Today, teams must be given the ability and opportunity to work independently to respond to change processes in an agile manner. Organizations cannot avoid recognizing: The conditions in which we live are constantly changing at tremendous speed. "The only constant in the universe is change." - said Heraclitus of Ephesus (c. 535 - 475 BC). This resolution can be translated in a small way to project work in the company, because especially in the area of high innovation, the objective is still unclear at the beginning. Therefore, we ask ourselves why agility plays an increasingly important role in many companies, but why the company organization is only considered last?

Non-hierarchically organized companies can draw on the knowledge of all employees, bundle it and use it. The phenomenon of swarm intelligence shows that the experience of a wide variety of people bundled in a company produces faster and better solutions. The company Buurtzorg offers us a prime example of the success of self-organized teams. The care teams at Buurtzorg create their own duty rosters, decide themselves on treatment and the time they spend with patients. Consequences of this? 30 % of admissions to emergency rooms are avoided because the nurses know the patients so well and notice problems early. 40 % cost savings for the healthcare system. 8.7/10 in employee satisfaction.

The trust given allows people to grow and pursue their passion, even at work. The separation of myself in the working world and in private life is dissolved. Thus, all employees have the chance to implement ideas and to align the company to a certain extent with their own values.

It goes without saying that every type of company has its advantages and disadvantages. It brings its own challenges. The concept of Teal organizations, which Frédéric Laloux presents in his work "Reinventing Organization", offers companies answers to the challenges of our time and at the same time poses a new task for CEOs and decision-makers, because it requires courage. Courage to change, courage to trust that employees can take full responsibility. Courage to give up decision-making authority and status symbols, knowing that true happiness cannot be realized through them. Teal turns its back on the classic career path as we know it.

In this series of articles, of which this is the first, we want to introduce the Teal concept to people in the belief that socio-economic systems must be adapted to the evolutionary stage of our society. Various studies indicate that traditional forms of hierarchical companies have had their day. By sharing our experiences, we want to encourage others to venture into new paradigms of organizational development and show that it is worth the perceived risk.

*"VUCA" is an acronym that refers to "volatility", "uncertainty", "complexity" and "ambiguity". It is used to describe supposed characteristics of the modern world.

In this column, presented in collaboration with enableYou, we want to give a brief overview of the TEAL-concept introduced by Frederic Laloux’s book “Reinventing Organizations”. Through articles and best practices, we are going to lay down the need for a new management paradigm, explain how the Teal-concept provides a possible solution. Within six articles, we share our knowledge about the practical side of this self-organized way of working and deep dive into the evolutionary purpose of TEAL organisations as well as its connection to feminism.

By gaining new perspectives, we want to inspire traditionally organized companies to rethink their structure and be brave to try new concepts, such as Teal. 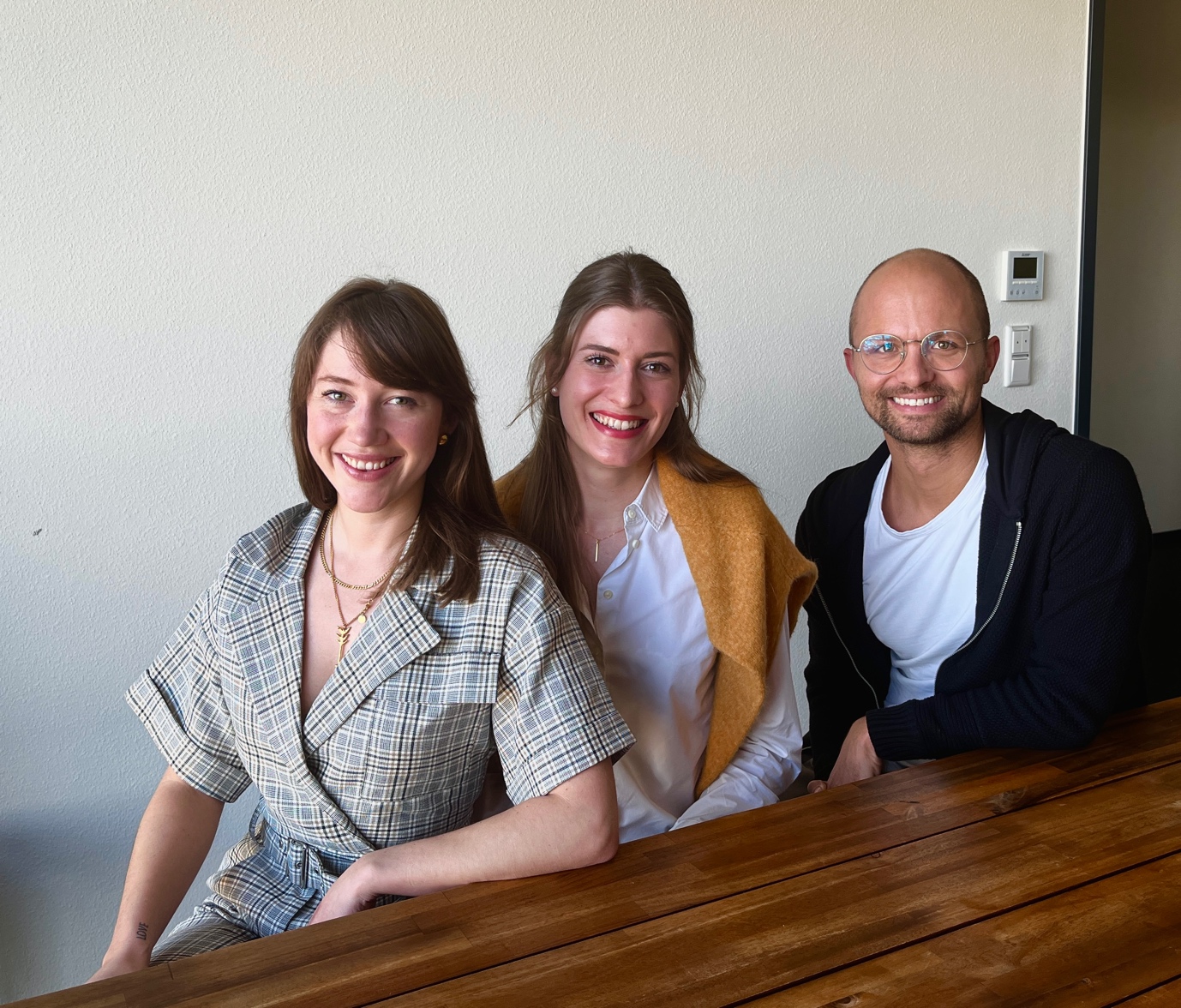 Our columnists are Andreas Kraus, Kathrin Kastel and Alexandra Wudel. Andreas founded enableYou in 2020 and has the purpose to share human-centric management paradigm as Teal with others. Alexandra works as an Agile Coach in politics. For years, she works as a critical voice in the field of business and technology. Kathrin works as an IT business consultant with a passion for people and new work in SMEs.