Reclaiming Identity and the Power of Words

Empowering young people to find their voices through writing and creative arts.

In 2011, Farah Mohammoud was struck by how the media consistently portrayed young people in a negative light. He wondered, how can young people from diverse ethnic and socio-economic backgrounds be included in shaping the discourse around them? In response to this question, You Press was born. You Press, a social enterprise based in London, works to challenge stereotypes and stigmas about young people and communities through creative arts and writing. We caught up with Farah Mohammoud, Director and Co-Founder of You Press, to learn more. 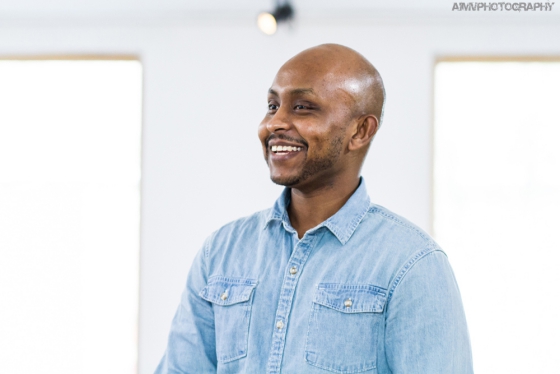 Can you tell us a bit about what You Press does?

You Press is a social enterprise based in London, which is currently run by volunteers and creative artists to support young people to bring their words and art to a wider audience. Our work involves challenging stereotypes and stigmas about young people and communities, through creative arts and writing.

What was the catalyst for starting the organisation?

The catalyst that started our organisation (between 2009 & 2011) was the negative coverage of young people in the media (e.g. stories of hoodies, gang violence and teenage pregnancies), particularly in national newspapers in the UK. Our question was how can young people from diverse ethnic and socio-economic backgrounds gain more access, be included and contribute to mainstream British society? How can young people have a voice and gain positive attention from the public? After carrying out research and community consultations with young people, we decided that it was time to find a solution. And so the You Press story began with the Youth Tell Series with the Guardian!

What are some of the most interesting or successful projects You Press has worked on to-date?

“Voices of The Movement” is our biggest creative arts project that comprised of talented artists and people of displacement who successfully devised a powerful theatrical show this year. We worked with our diverse group to create a 'movement' that challenged the stigma associated with people of displacement. The stories that were performed at our theatrical show were based on the real life stories of ten inspirational refugees, asylum seekers and migrants from around the world.

The project had a positive impact on our group’s confidence, well-being, and communication skills. For example two of our refugees actually fell in love and got married during the project (which was romantic and sweet!). We also therapeutically supported one of our participants to move out of a terrible accommodation and find work as well reunite with his family. Along with this, we also supported our group to find part-time work.

We are particularly proud of this project because we achieved our aim to create a more positive community attitude towards people of displacement. The project received very positive publicity and interests from various organisations that have included YouTube & the British Museum. These positive outcomes have enabled us (as an organisation) to explore new ideas to grow and have a bigger impact.

What direction do you see the You Press taking over the next 3-5 years?

In the next 3-5 years we plan to expand our work to become a central hub for young people to develop their skills and to creatively use their talents to make a positive social change.

Do you think attitudes towards youth have changed in the UK since You Press first started?

The attitudes towards the youth in the UK are slowly changing. For example, in the 2015 General Election only 43% of young people aged 18-24 voted. This made politicians less likely to prioritise policies that support young people. But with this year’s high voter turnout among young people under the age of 25 years, challenged this attitude. Which provides hope, but unfortunately there is still a long way to go to change how young people are seen, especially young people from Black, Asian, and minority ethnic backgrounds.

What strategies do you use to reach out to vulnerable or marginalised young people and get them involved in the projects?

To reach out to vulnerable or marginalised young people and get them involved in our projects, we work closely with our partners and our communities to conduct effective out-reach recruitments. Also because of our positive community reputation, we get a lot of word of mouth referrals by our networks and cohorts.

What project is You Press working on at the moment?

We are currently working on our new project called ScribersHive; an online platform for young people & communities in to find their voice, gain confidence and boost their prospects, through writing, visual art, and podcasting. ScribersHive connects communities to social issues, topics, stories & debates that matters to them (through the voices of young people). It’s an exciting project that has quickly picked up a lot of momentum in the last 30 days and we are in the process of expanding!