Jack Graham is the CEO and Founder of Year Here, which he founded while at the Young Foundation, a centre for social innovation in East London. He was also recently named one of Nesta and The Observer's 50 New Radicals. Interested in studying social innovation in London? Then this could be for you.

Tell us about the Year Here programme.

Year Here is a full-time course in social innovation based in London, designed to cultivate entrepreneurial approaches to entrenched social problems. Unlike a traditional Master's degree, it's immersive, action-oriented and grounded in the daily experience of those at the frontline of inequality. 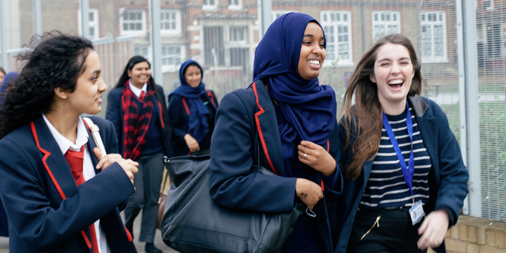 Our ‘Fellows’ start by spending 5 months volunteering in care homes, homeless hostels and youth services across London – in position to support and learn from those at the frontline of disadvantage. They are then challenged to test and build solutions to social problems. They work together to launch creative responses, campaigns and ventures that make a real impact.

We have no campus, no teachers, no fee. Instead, Fellows learn in the real world – in placements and projects across the city – and are guided by our faculty of social sector practitioners including activists, entrepreneurs and politicians. We’re able to waive a tuition fee because our Fellows create value for third party clients that we charge for, thereby covering the costs of running the programme.

Some of our Fellows receive a bursary to cover their living expenses and many benefit from heavily discounted accommodation. Fellows who receive financial support wouldn’t otherwise be able to take part in the programme.

What motivated you to start it?

In 2012, I co-wrote a report called Growing Social Ventures looking at the state of social enterprise in Britain. One of the big questions arising from the report was where the next generation of social leaders was going to come from. 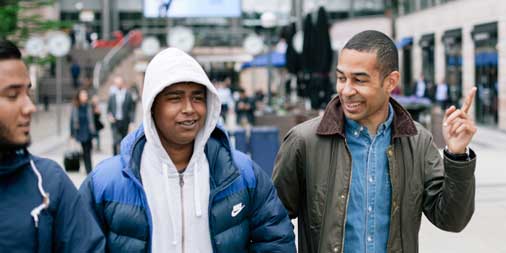 I noticed how difficult it was for high-achieving, ambitious young graduates to break into the social sector, learn fast and take on responsibility quickly.

Year Here was designed to bridge this gap – aiming to become the most developmental year imaginable for bright grads who are ambitious about social change. We launched at Number 10 Downing Street in March 2013 and, since then, we have run seven programmes for 114 young professionals and have been named one of Britain's 50 New Radicals by Nesta and The Observer.

Can you give us an indication of how you measure your impact?

Our impact is felt through the ventures we help set-up, and they work they do in transforming society. To give an overall flavour, our ventures have collectively reached over 2000 beneficiaries and generated more than £750,000 revenue. In addition, during the Year Here programme itself, our Fellows have contributed over 60,000 hours at the frontline – a formative experience that helps shape the ventures they go on to set up.

Taking a look at the ventures themselves, they are having an impact in a variety of ways. For example, Chatterbox, the language tuition service employing refugees, was featured on BBC London and Reuters TV, and won a major contract with SOAS, University of London. Cracked It was featured in The Evening Standard as London's best phone repair shop and its founder, 2015 Fellow Josh Babarinde was named a 'one to watch' by the Observer, and Fat Macy's, which provides a pathway for independent living for Noth London YMCA residents, was featured on BBC London and in the New Statesman and Time Out. So clearly our ventures go on to shape society in a multitude of ways!

How are you funded?

Unlike a traditional Master's degree, we are immersive,  action-oriented and grounded in the daily experience of those at the frontline of inequality. We want to transform the idea of what great higher education looks like.

And in line with that logic, we have no campus, no teachers, no fee. Instead, Fellows learn in the real world – in placements and projects across the city – and are guided by our faculty of social sector practitioners including activists, entrepreneurs and politicians. We’re able to waive a tuition fee because our Fellows create value for third party clients that we charge for, thereby covering the costs of running the programme.

By contributing to the work of frontline organisations and working on real client briefs, we believe that we have found a formula which offers a better and cheaper postgraduate learning experience. Better because real-world learning is more powerful than being stuck in a lecture hall. And cheaper because our Fellow’s tuition fees are offset by the contributions made by our placements and clients.

Where would you like to see the organisation in 5 years?

Year Here is a family in terms of the community of entrepreneurs and social activists that it cultivates. Our ambition is tied to the personal development and growth of those who go through the Year Here Programme.

We’d like to see our Fellows grow in stature as social leaders – our impact in only a few years in building social enterprises has been huge so we are looking forward to see what our alumni go on to achieve – as we want our ventures to become household names, transforming society for the better. More fundamentally, we hope that the skills, insight and ambition that our Fellows gain on the programme equip them to challenge the very structures that underpin inequality.